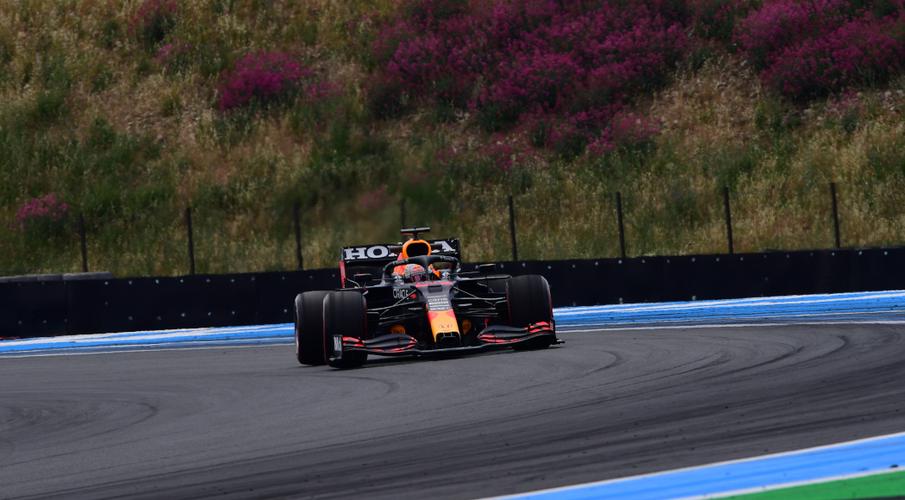 The Dutch 24-year-old is now 14 points ahead of seven-time world champion Hamilton with three races remaining.

"We still have a good points lead you know, so today was a bit of damage limitation on a weekend where it was a bit difficult but I’m confident that in the coming races we’ll bounce back," he said.

"I had fun out there. Of course, I like to win but I think second today, with the defense I did, it’s also satisfying and, of course, we’re still ahead in the Championship.

"It’s been like this the whole year, hasn’t it," he said of the points gap widening and narrowing between the two contenders.

Verstappen defended strongly against Hamilton, who had a new engine for the race, with a turn four incident between the two on lap 48 the major talking point.

Hamilton tried to overtake but Verstappen moved across and closed the door, both cars going off the track together with accusations that the Red Bull driver had gone too far and gained an unfair advantage.

Stewards took an immediate look but decided against imposing any time penalty.

"We both, of course, tried to be ahead into the corner and so I braked a bit later to try and keep the position," said Verstappen.

"The tyres were already a bit worn so I was really on the edge of grip...so then it’s a safer way of just running a bit wide there.

"I was of course happy that the stewards decided that we could just keep on racing because I think the racing, in general, was really good today."