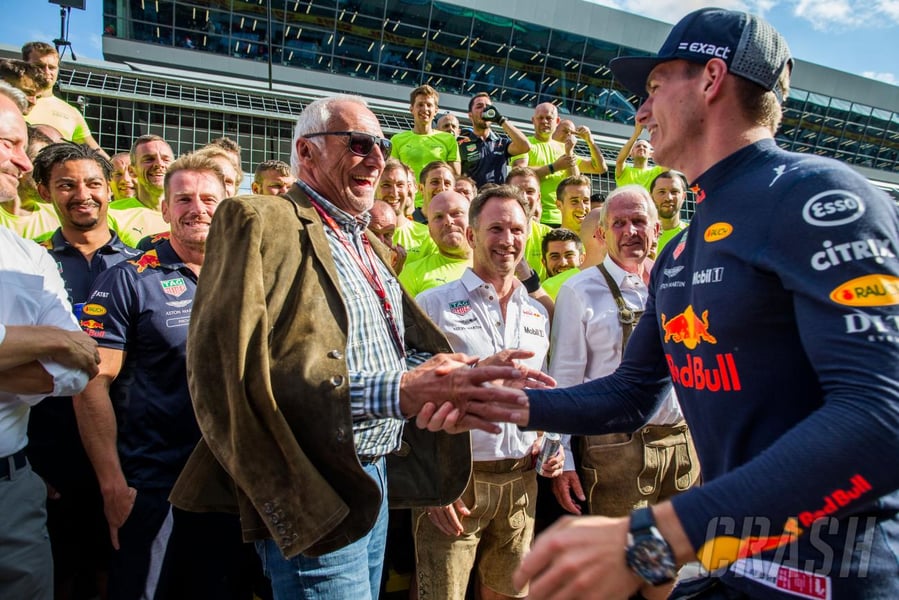 World champion Max Verstappen clinched an emotional constructors' world championship for Red Bull on Sunday when he claimed a record-equalling 13th win this year at the United States Grand Prix.

Twenty-four hours after learning of the death of Red Bull founder and co-owner Dieter Mateschitz, the 25-year-old Dutchman claimed the 33rd victory of his career after a thrilling late battle with seven-time champion Lewis Hamilton of Mercedes.

In front of a passionate crowd at the Circuit of the Americas, Verstappen came home 5.023 seconds clear of Hamilton with Charles Leclerc finishing third for Ferrari ahead of Sergio Perez in the second Red Bull.

“Of course, it's a very difficult weekend for us and this one is definitely dedicated to Dietrich himself for what he has done for everyone," said Verstappen.

"We had a big chance to win the 'constructors' here and of course, you want to do that in style and I think we did that today.

“It definitely means a lot to me, to the team, because he (Dietrich) was so instrumental to the whole team," he added.

"I gave it everything," said Hamilton, who remains without a win this year for the first time in his career.

"I did everything I could to stay ahead, but they were just a little quicker… Great strategy, great race by Red Bull – and my condolences to the team," he added.

“I'm shattered. The car was a handful today. It felt amazing to be in the lead. That's something we have worked so hard on as a team through the year.

"I had so much hope. We will keep pushing, we'll try to give it everything we can in the next three. It will come to us at some stage."

The race began in perfect conditions but with a sombre atmosphere pervading the paddock and pit lane following the death on Saturday of Red Bull founder Mateschitz.

As a result, any announcement on Red Bull's fate for their budget cap breach last year were put "on hold until further notice" with talks expected to pick up again next week.

A minute's applause in tribute to Mateschitz preceded the pre-race anthem before the lights went out and Verstappen quickly seized the initiative as Carlos Sainz struggled to depart from pole.

The luckless Spaniard was involved in a first-corner collision as a surging Russell clipped him gently, causing him to fall to the back of the field and into retirement with a water leak.

Verstappen led with some aplomb, 2.8 seconds clear of Hamilton, relishing a chance to shine in front of the huge crowd at a circuit where he has won five times in nine visits.

The Briton switched to a set of new hard tyres followed by the rest. By lap 15, it was Verstappen back in front.

Three laps later, Valtteri Bottas lost control of the rear of his Alfa Romeo at Turn 19, causing a Safety Car intervention before racing re-started on lap 22.

By lap 30, the field had settled and Verstappen led Hamilton by 1.7 seconds.