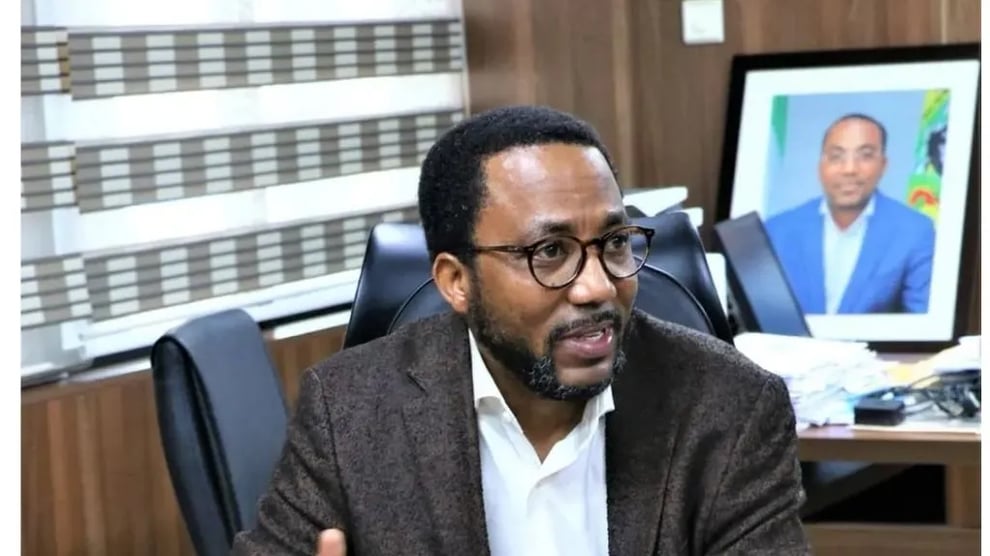 The federal government on Tuesday revealed that vessels taking the country's crude typically shut off identification devices to avoid being discovered by the regulatory authorities.

This information comes as Nigerians continue to bemoan the loss of money to the country due to crude oil theft.

In a press conference on Tuesday at the State House in Abuja, the managing director of the Nigerian Ports Authority (NPA), Mohammed Koko stressed that rogue ships that are used to steal crude oil in the Niger Delta typically turn off their Automation Identification System (AIS) to avoid detection in Nigerian territorial waters.

He explained that these ships avoid capture because they turn off the automatic tracking system that shows their location and the locations of other nearby vessels.

“The intelligence persons bringing in vessels to steal crude, one of the things they do is, they shut down the AIS.

"This is what is needed in terms of transmission for you to even know when the vessel comes in and the location they go to.

"They come in legally but then they go by the left-hand side to commit illegal activities after switching of their AIS,” he added.

According to Koko, the NPA was in the process of acquiring Vessel Traffic Services (VTS), which would allow it to find, track, and identify every vessel in the nation's waterways.

"We are moving forward with the deployment of the VTS and to also have information regarding vessel movement."

The VTS has been sought after by the NPA for almost ten years, he continued, adding that a qualified consultant has finally been found to take up the process and acquire it before the current administration ends.

Koko bemoaned the deterioration of marine safety along the corridors due to the theft and removal of buoys installed on shipping channels in eastern ports to facilitate navigation.

He claims that a large number of shipping companies are avoiding the ports because they lack the buoys necessary to direct their movements in the water.

The NPA chairman claimed that unidentified host community members were responsible for the act that resulted in at least 25 disappearances this year alone.

He added that the agency has visited with numerous communities, as a result, to ask their leaders to assist protect the devices.

He claimed that the lack of buoys along the waterways may lead to ships running aground, but added that they were difficult to obtain and set up because each one costs between N12 million and N20 million.

Koko also explained that vandals are attracted to the buoys because some of them have solar panels and sensors and, “there is a beacon light there that flashes at night.

"So the first thing they do is to vandalise that sensor, and then, you just have iron that has no light, and they can just drag it off without the sensors.

“We can monitor it if it is not disconnected.

"At times, we send in our boats to go around scouting for it.

"And to also be fair to the communities, we have had some instances where the buoys were naturally taken away by nature, they went adrift, and they ended up on the shore of some communities.

“And to be fair to them, they have actually called us a couple of times to tell us that there’s a buoy that has gone adrift and it is in our community. And we thank them for that.

“We believe probably the communities do not even know the individuals that are involved in these activities.

"So, we are monitoring the buoys. And that’s how we got to know how many are stolen any day it’s stolen.

“Because the captains are also taking vessels in and out of the water channels, they will naturally know when they can’t find the beacons on the buoys, meaning that something is missing, and they normally report it.”

Koko emphasised that despite the difficulties, everything was being done to make Calabar, Port Harcourt, Onne, and Warri ports in the eastern corridor appealing to investors.

According to him, there has been a significant rise in import and export activity at the ports of Calabar and Onne, which are now ISO-certified.

He stated that Onne was quickly overtaking other Nigerian ports in terms of growth, adding, "In terms of percentage input, Onne has done 11,800 metric tonnes for half of this year.

"Due to the fact that doing business in Onne has likely been simpler recently, we can observe that the percentage gain is significant.

“And because we have deployed more equipment in Onne, more personnel, we have paid attention to ensure that we made the port more competitive.

"In terms of export also, there’s an export processing terminal within Onne itself.”

He said that the Onne-based West Africa Container Terminal (WACT) had spent more than $100 million on terminal development, equipment deployment, and technological advancement.

Koko said that the Authority's first-half 2022 income totalled N172.28 billion, of which N92.9 billion was remitted to the Consolidated Revenue Fund (CRF).