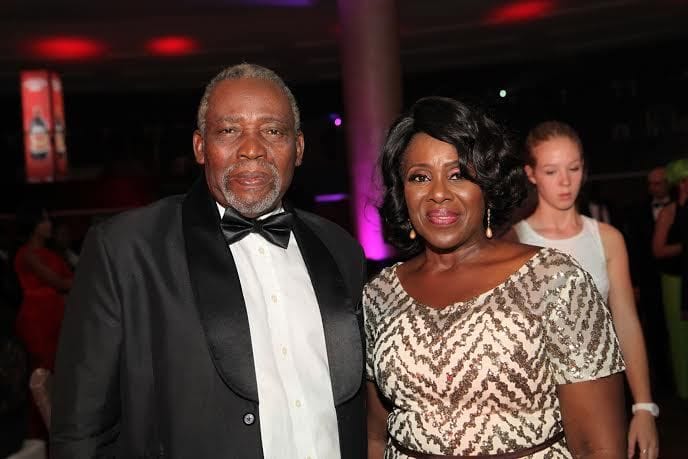 Veteran nollywood actor Olu Jacobs is not dead, he is hale and hearty, the Actors Guild of Nigeria (AGN) president, Emeka Rollas confirmed to AllNews Nigeria.

According to news making rounds on the internet, the veteran actor was rumoured to be dead.

The rumor is coming after Joke Sliva celebrated her 60th birthday a few days ago after Olu Jacobs made a surprise visit to her in a movie location, from the footage, Olu was looking frail and lean. The video generated mixed reactions as some averred that he is looking sick while some are worried about his shrinking look.

Reacting to the death rumour, Emeka Rollas in an interview with AllNews Nigeria on Tuesday night debunked the report.

“Disregard the malicious rumor about his death making rounds especially on social media. It is fake news. AGN president said.

Further confirming the authenticity of the story, His wife Joke Sliva said, “Don’t mind them, they’re just talking rubbish; don’t disturb your head. He is in the living room right now about to have Eba and Ogbono soup. Let them keep deceiving themselves. He is hale and hearty.”

It would be recalled that last year, the same rumor of his demise was making the round but was quickly debunked by members of Nollywood and his family members.