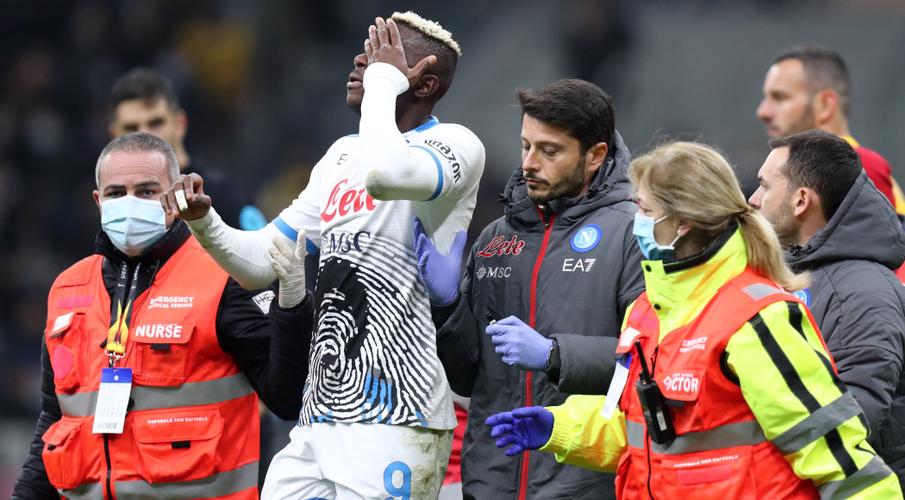 Victor Osimhen has been perpetually giving Nigerian sports lovers joy. Some of the biggest bookmakers on liontips.com always provide attractive odds for him to score anytime he plays for Napoli.

Such enthusiasm for the enterprising Nigerian goal machine is not misplaced. But being a player of color, it is exciting to watch how rapidly Osimhen culturally integrated into the city of Naples.

Would Osimhen have drowned in racist attacks in Napoli? No, the people of Naples have been in Osimhen's shoes for so long.

Italy and its woes of racism

The Southern part of Italy has been undoubtedly looked down upon – both deliberately and unconsciously – by its northern neighbors.

It would have been manageable if the gulf was exclusively economic. Sadly, the gulf extends into both social and even racial differentials between Southern and Northern Italy.

It is no secret that Southern Italians are often discriminated against by their northern Italian kindred. Richer and arguably more territorial, the people of Northern Italy tended to see Southern immigrants as "foreigners".

Victor Osimhen met "his own people"

Therefore, when Victor Osimhen arrived in Naples, he met a city and a people who have too painfully suffered the whips of racism to mete such prejudice on another race.

The people of Napoli welcomed Osimhen into the animated Partenopei family, totally annulling fears that Osimhen – being a player of color – would struggle to assimilate into a racially sensitive Italy.

For one thing, Victor Osimhen largely reminded Neapolitans of their Argentine hero, Diego Maradona. Victor Osimhen had a unique background that psychologically resonates with the people of Napoli: Osimhen had no blue blood in him.

Thoroughly cleansed of aristocracy, the people of Napoli were quick to emotionally bond with Osimhen because he had suffered – just like them.

Of course, there were absolutely correct. Osimhen saw suffering in its purest and unadulterated form in the streets of Lagos in Nigeria.

Young Osimhen lost his mom when he was still a boy. And as if that whip from fate wasn't enough, Osimhen's father would go on to lose his job just three months later.

Having to hawk items on the road for a living (and even sanitizing his landlord's gutters), Osimhen knows one or two about the hard life.

Struggle was an intrinsic part of his existence, and Osimhen knew very much that Nature would not give him gifts. He had to work for just anything he desired.

Speaking to France Football, Osimhen corroborated this: "Part of my life has been a struggle to survive."

Osimhen has delivered as well

Definitely, we can't say the love the Partenopei have for Osimhen is purely sympathetic. No, he has done pretty enough to earn that love on the pitch, delivering sumptuous results.

He came at a cost – a premium cost for sure. Napoli had to cough out a pricey €70 million for a relatively unknown Osimhen from Lille in 2020.

Despite struggling with injuries, illnesses, and some eruptive moments of indiscipline (as seen in his coronavirus protocol flouting), Osimhen has appreciably delivered the goals.

He has bagged nine goals this season in the Italian Seria A and the Europa League.

Osimhen is a Nigerian workhorse

You would be terribly mistaken to think goals are all Victor Osimhen promises the team. Osimhen's player style embodies a fierce willingness to fight for it.

Relentless and humble, Osimhen shows a selfless player who plays for the team – not the other way around.

His combative attacking ability can be best reflected in the number of fouls he has committed in the Seria A. Victor Osimhen has (impressively) committed 21 fouls.

This is absurd for a striker who traditionally is supposed to abandon tackling duties to his midfielder and defenders and concentrate on goal scoring.

More than anyone, Osimhen knows he is not furnished with the extraterrestrial left foot of Diego Maradona. Osimhen knows he doesn't boast such stupendous technical acuity that could get him dribbling through hordes of defenders.

But for what he appears to lack in technique, he abundantly makes up for with heart: his hardiness and propensity for battle.

Neapolitans love their Osimhen. When Osimhen was withdrawn against Cagliari in September, the Napoli home fans gave him a standing ovation.

And yes, Osimhen loves his Napoli back, and he couldn't be more grateful. According to Osimhen when speaking to BBC Sport Africa, "they (Napoli fans) trust me and stood by me through the tough start last season.

The love I enjoy is massive – the club, the city, the fans, and everyone connected to Napoli makes me fly."

Reminds you of the Romeo and Juliet love story, doesn't it?