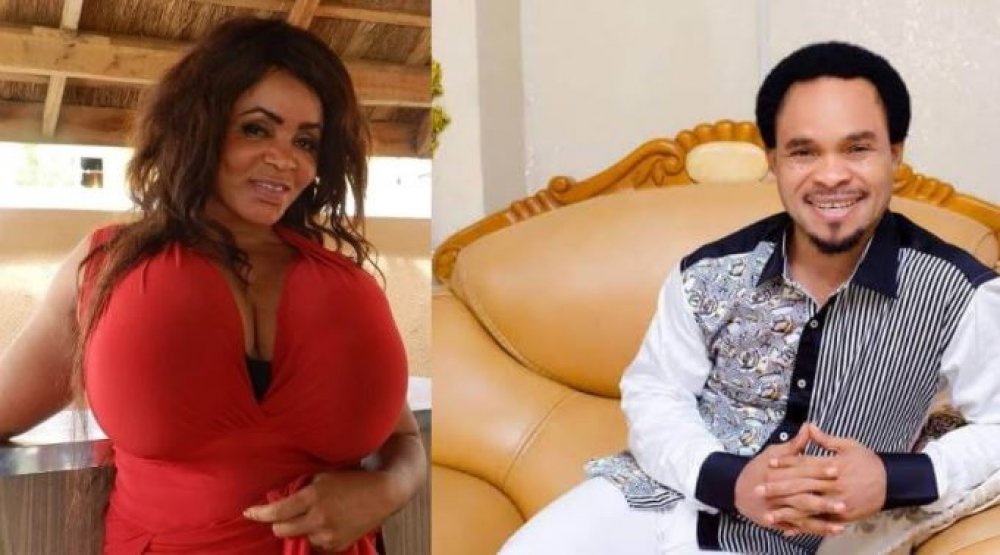 In the clip posted on her known Instagram page on Tuesday, busty Orjiakor displayed her cleavages as usual, as she listens to Odumeje's song.

The video has garnered over 760,000 views on Holyghost Intervention TV's official YouTube page as at the time of publishing this report.

Orjiakor, an Anambra State indigene, came to the limelight in 2001 after featuring in a music video 'Egungun Be Careful' by popular Fuji musician, Abass Akande Obesere.

Cossy’s boobs have become legends in the entertainment space and she has been touted by many as “Nollywood’s queen of boobs.”