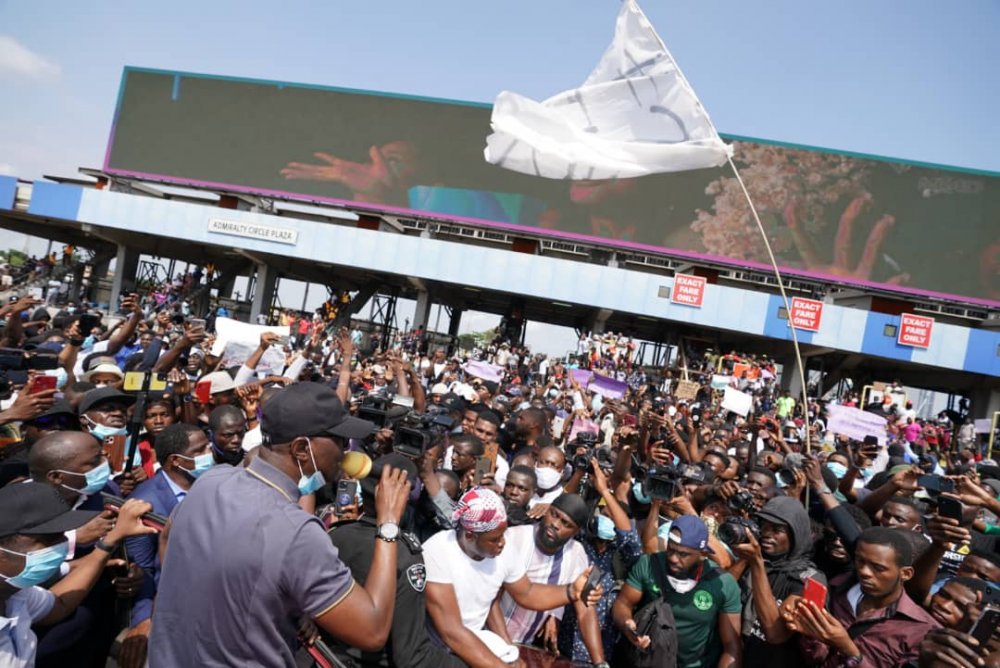 AllNews reports that Sanwo-Olu met with address thousands of #ENDSARS protesters calling for the total disbandment of the Special Anti-Robbery Squad (SARS) at Lekki Toll Gate in Lagos on Monday afternoon, October 12.

During the meeting, Sanwo-Olu promised that his administration will pay compensation to victims of SARS extra-judicial killings and brutality. He also ssured protesters that there won't be instances of police brutality again in the State.

He further urged protesters not to employ the wrong methods to drive home their message.

He said: “Your voice has been heard clearly and a clear pronouncement has been made on the activities of SARS.

"The operation has been dissolved by the police leadership and just a moment ago, Mr. President addressed the nation on the issues you have raised.

"The President has said all SARS officers that are involved in the killing of innocent people and engaging in human rights abuses will be brought to justice.

“My stance on this EndSARS is unmistakable and I have told you that we identify with this protest because you have legitimate concerns.

"I am saying it again here that this protest is in good faith. But, we must not be unruly when going out on a protest like this. We want you to be peaceful and decorous in expressing yourselves.”

Sanwo-Olu said he spoke with the Inspector General of Police (IGP), Muhammed Adamu, on Monday to outline the position of the Lagos State Government on police reforms, adding that he will visit President Buhari on Tuesday (tomorrow) and present the demands of Lagos youths on the issues.

Protesters chants shame!!! As the Governor of Lagos state addresses them