A video in which Aare Ona kakanfo, Chief Gani Adams was soliciting for the support of Sunday Adeyemo aka Sunday Igboho was released on some social media platforms in the early hours of Wednesday, July 7, 2021.

As at the time of filing this report, the exact date and time of the event where the call for support was made, is yet to be known.

In the video, Aare appealed to Yoruba Obas particularly the Ooni of Ife and Alake of Egba land to forgive Sunday Igboho for his words and actions towards them in the past.

"When one's child errs, one forgives.

"Let us work together to liberate the Yorubas.

"We don't want war, we can employ modern methods to be independent."

According to him, most of the methods employed by Sunday Igboho in his agitation for 'Yoruba Nation' is wrong. He add that he has brought it to Igboho's notice that he does not appreciate his methodology.

"God has used him in the agitation for 'Yoruba Nation'.

"I believe he has played his own role and still has a lot more to do.

"We must protect him from being killed.

"We don't want him to suffer because we need him, " Aare said.

He called on all Yoruba transitional rulers to forgive and support Sunday Adeyemo.

"I beg you as the Aare Ona Kakanfo of Yorubaland.

"I have also being insulted by Igboho in the past yet I am begging on his behalf.

"This is because a leader who has no forgiving spirit is an enemy of God," he added.

He also appealed to all Southwest Governors who have one issue or the other with the Yoruba Nation Activist to forgive him.

Reacting to the invasion of Sunday Adeyemo's home by men of the DSS, the Aare condemned the killings of seven persons during the attack and added that there is no sufficient evidence to prove that the ammunitions retrieved from Igboho's house belongs to him.

He called on all Yorubas to forget the past and backup Sunday Igboho in his agitation for 'Yoruba Nation' because God has chosen him.

Aare however called on Sunday Igboho to caution his men and supporters on their outbursts and utterances that may be termed as offensive. 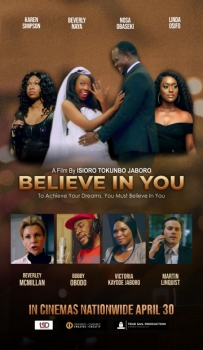