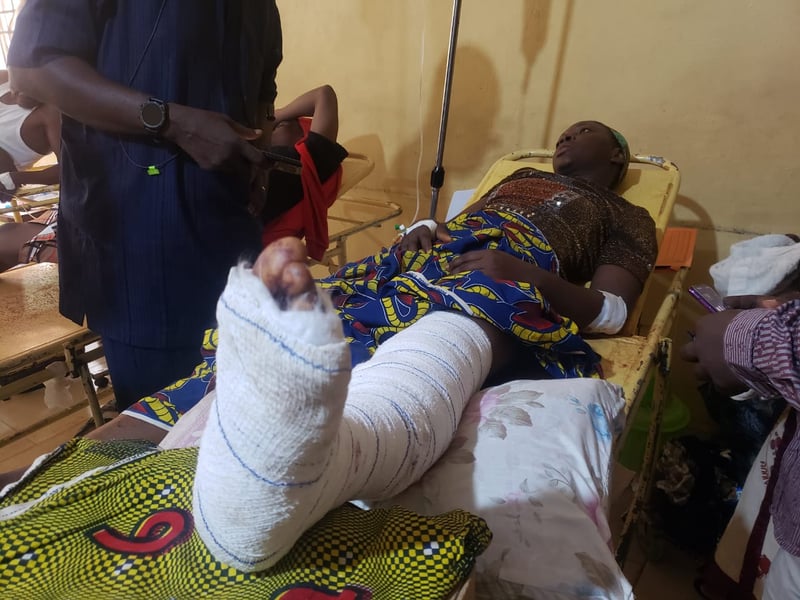 One of the survivors of the massacre that took place in Owo, Ondo State, has recounted how she lost her pregnancy during the attack.

In a video posted online, some of the female survivors receiving medical treatment in a hospital disclosed how they made it out alive from the horrifying ordeal.

One of the ladies whose name was not given said that it all happened after the dismissal prayer.

According to her, they all heard gunshots which kept sounding closer, prompting her to make a dash to the altar where she lay down.

She said that when the gunmen entered the church, they began shooting at everyone, both young and old. It was at that point that one of them approached the altar with an object in his hand. 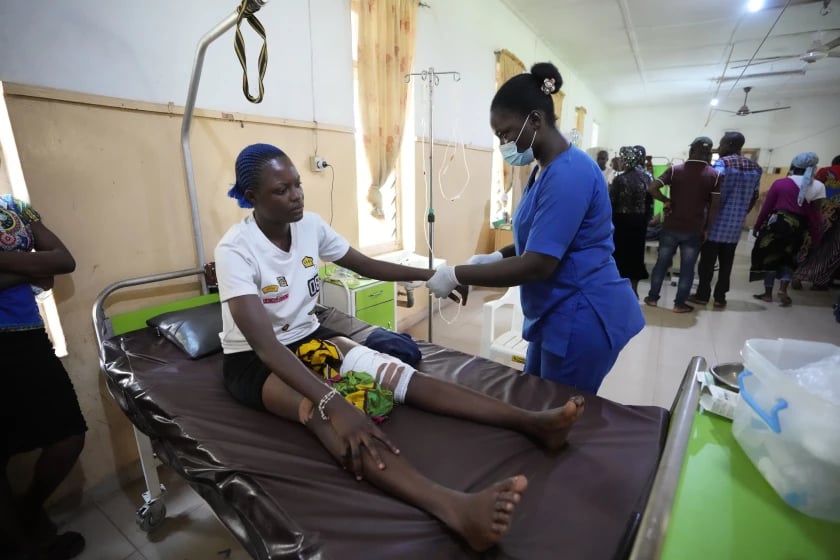 One of the survivors of the Owo massacre

"A man came towards the altar with something in his hand. It was blue and black in colour. He dropped it beneath my head. I never knew the man had not gone", she stated.

Speaking further, she revealed that she opened her eyes and met the man's gaze. He then told her that she was going to die.

Someone beside her advised her to move her head from the object dropped by the gunman and not long after she did, there was an explosion and she felt the impact on her legs.

A second woman narrated how she lost her pregnancy, mentioning that in the race for dear life, the baby she was carrying.