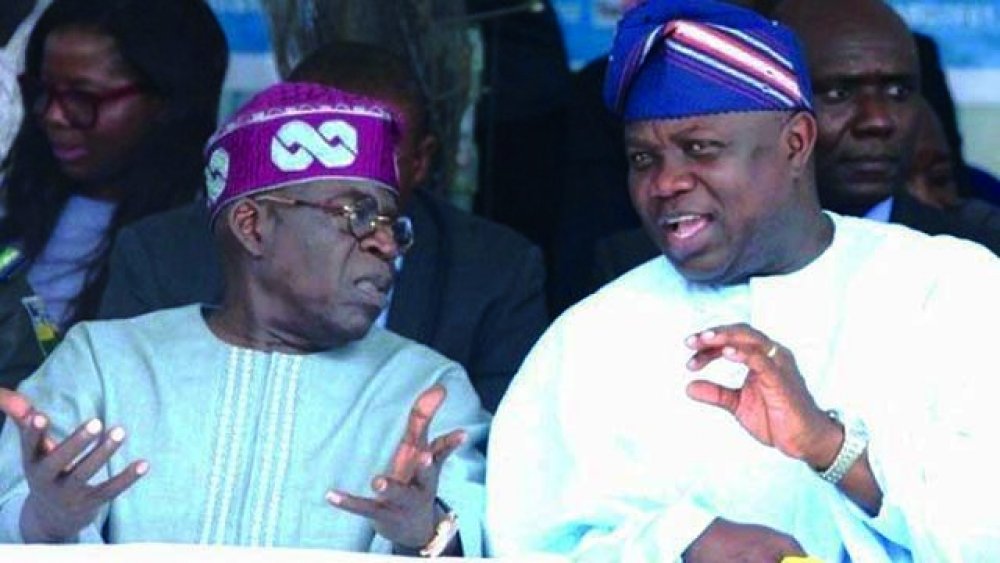 A Video of the National Leader of the All Progressive Congress (APC), Bola Tinubu lauding former Governor of Lagos State, Akinwunmi Ambode as "a thinker and a doer" re-merged on social media following the commissioning of the Agege Pen-Cinema bridge on Friday.

In the video clip posted on Twitter on Saturday, Tinubu was seen thanking Ambode for his developmental strides in the state.

According to the video, Tinubu spoke while commissioning some projects in the Alimosho Local Government Area of the state on March 29, 2017.

In the video, Tinubu said, "Akinwunmi Ambode thank you very much, you will not be put to shame. Evil will befall those who wish you evil. You will not fall sick.

" That is a reflection of a good governor, who is sensibly a good thinker and a doer and when you combined the two - thinking and doing, there is no way you won't have development and progress".

However, it could be recalled that the relationship between Ambode and the APC Chieftain hit a roadblock during the politiking of the 2019 governorship election in the state in which Ambode lost his re-election.

Although, still a member of the party, Ambode has not been seen in any political or state function with Tinubu or his successor, Babajide Sanwo-Olu.

Also, on Friday, March 5, Ambode was absent at the Agege Pen-Cinema bridge inauguration as Tinubu, Sanwo-Olu and other political leaders in the state are in attendance.