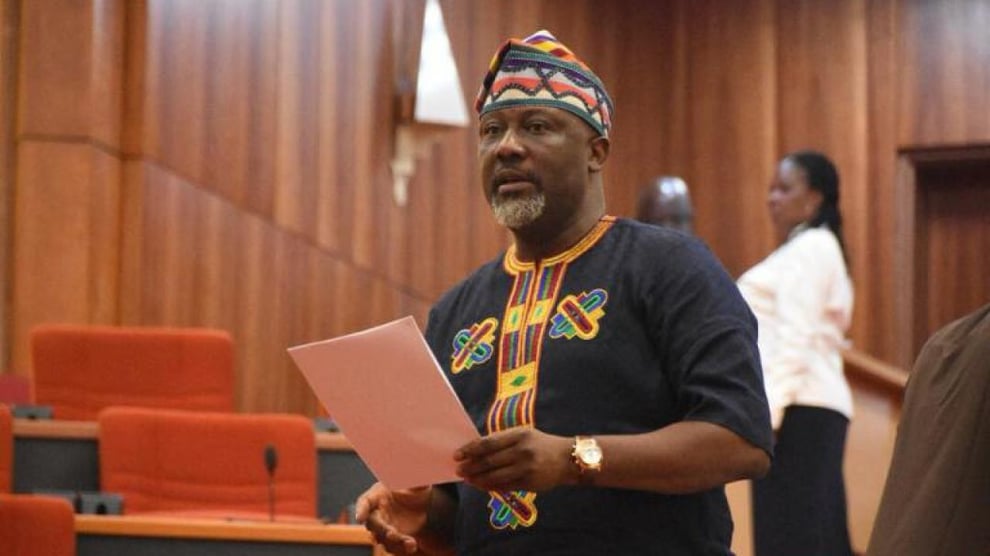 There are indications that Dino Melaye has thrown his weight behind former Vice President, Atiku Abubakar.

In a video that emerged after Atiku officially declared his interest in the 2023 presidential election, Dino Melaye in an interaction with Atiku and some senators in Abuja, revealed why he is on Atiku’s side and not with Abubakar Bukola Saraki.

Dino said his ex-colleagues in the senate had wondered why he is following Atiku. He subsequently dropped the shocking line that was dismissive of Saraki’s presidential ambition.

“I stopped following aspirants. I now follow candidates”, he said to the delight of the audience, including Atiku.

He received some ovation at the meeting.

The video was shared by Mohammed Abubakar, an Atiku devotee.

They joined the APC together in 2014 and left together in 2018 for the PDP, with Saraki being the Director-General of Atiku’s failed presidential campaign.

Saraki and Dino also failed to retain their seats, as they were beaten by APC candidates.

Saraki has announced he is in the race for the PDP presidential ticket, just like he did in 2018.