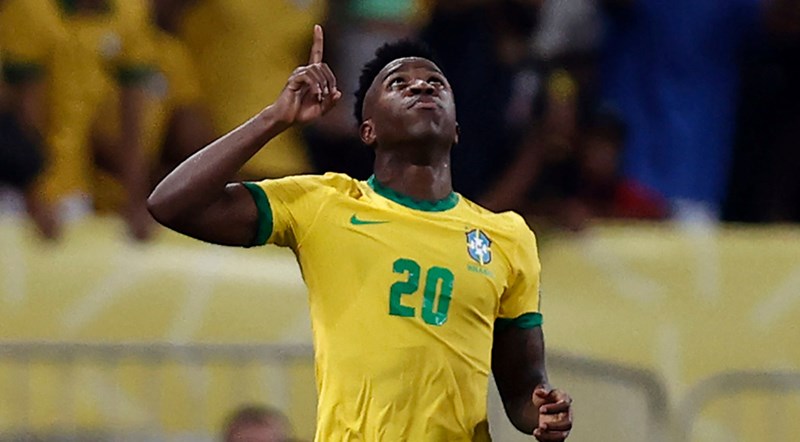 Vinicius Junior, Philippe Coutinho, Neymar Jr and Richarlison were on target for Brazil at the Maracana stadium on Thursday in their 4-0 thrashing of Chile for the last game before the World Cup 2022 in Qatar.

Vinicius scored his first international goal for Brazil on return to Rio after playing for Flamengo before sealing a transfer to Real Madrid.

He marked his return to his former home, taking advantage of a neat Neymar dummy to slot an angled shot past Claudio Bravo on the stroke of halftime.

The goal was wedged between penalties by Neymar and Philippe Coutinho and followed in stoppage time by a fourth goal from substitute Richarlison.

“At the Maracana with my family, there was nowhere better to score my first international goal,” he said. “I’m very happy."

According to reports from Brazil, Vinicius bought more than 100 tickets for friends and family.

“It’s our last game in Brazil before the World Cup and we are going to thank the fans," he added. "Now we have to keep working hard and doing the right things to ensure we win the title at the end of the year.”

The victory was Brazil’s seventh in seven home qualifiers against Chile, who must now beat the already qualified Uruguay in their final match next Tuesday to have any hope of landing a World Cup playoff spot.