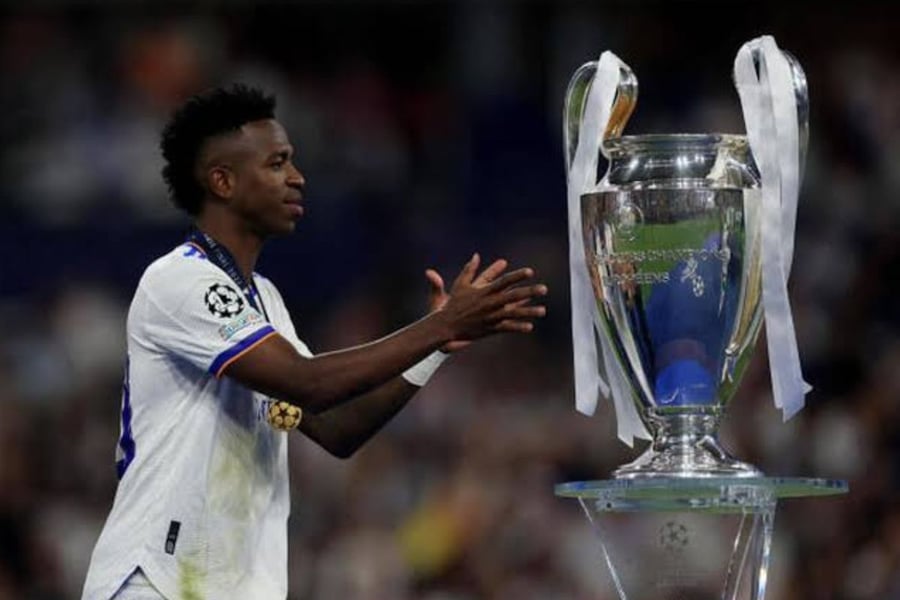 Brazilian forward Vinicius Junior will not be tempted by big money move to Paris Saint-Germain but would commit his future to 'biggest club in the world' Real Madrid.

Reports in Spain had suggested PSG have been pestering the Vinicius Jnr not to renew his contract at the Bernabeu for the past seven months and had offered the 21-year-old a £34.3million-a-year salary.

A glorious season at Madrid which ended with a Champions League title and Spanish League crown in which he also scored 22 goals, supplied 20 assists will apparently motivate him to commit to a new long-term contract.

He told SporTV: 'I will continue in the biggest club in the world. 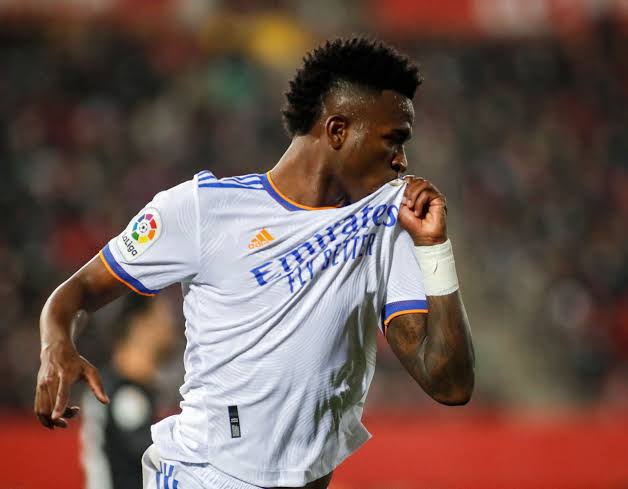 'This is just the beginning. I have many things to conquer. I hope to have many trophies at the end of my career.

'It's normal with age [to take time to develop]. I skipped many steps in training. I became a professional when I was 16 years old and still not fully formed.

'Real represented a huge amount of pressure, but I had the help of [Karim] Benzema, Marcelo and Casemiro, who are very experienced players.

'I have always been evolving. This season was good, so i hope the next one will be better.'

His current contract runs until 2024 and Vinicius is still one of the lowest-paid in the squad but this will be increased in his new deal, through until 2026 or 2027, to reflect his growing influence.