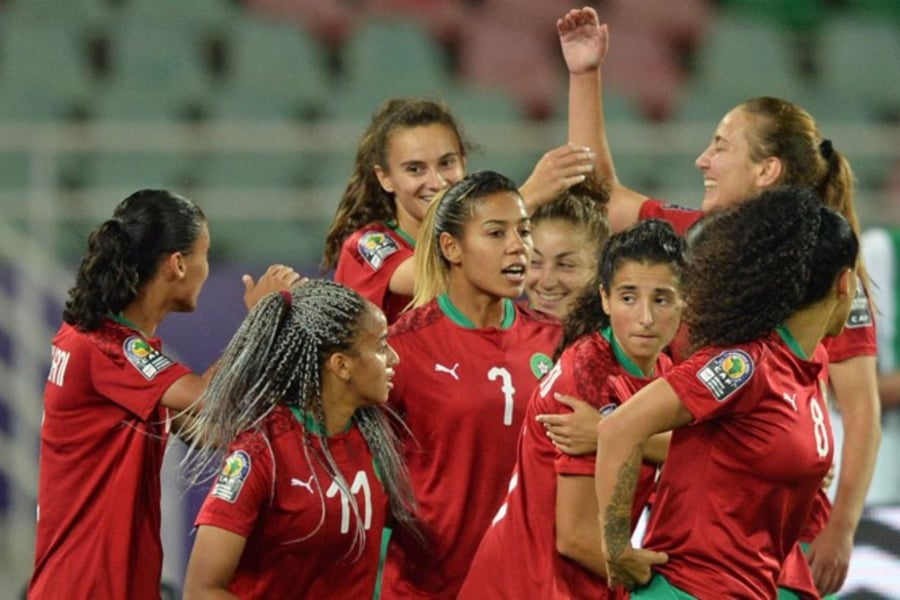 Morocco became the second side to enter the Women’s Africa Cup of Nations (WAFCON) 2022 quarterfinals, beating Uganda 3-1 in Rabat on Tuesday.

Morocco join Senegal, who beat Burkina Faso earlier in the day, in the last eight of a tournament where the top two teams in the three first-round groups, plus the two best third-placed finishers, all go through to the next round.

Both countries have a full haul of points from their opening two matches.

Two penalties and a super second-half header from marauding defender Nesryne El Chad ensured home success after Morocco had started the tournament on Saturday with a close-fought 1-0 triumph over Burkina Faso.

Tuesday’s game proved a tough assignment for the hosts but they were gifted a penalty early on, converted by Rosella Ayane, their English-born striker.

It came after a clumsy 12th-minute challenge by Margaret Namirimu on Ayane, who was a handful throughout the match.

Uganda, who had lost 2-0 to Senegal in their tournament opener on Sunday, fought their way back into the game with a clever freekick from left back Sumatya Komuntale.

She aimed a left footed shot directly at the near post and caught out the Moroccan side to level matters in the 32nd minute.

Uganda could well have gone ahead on the stroke of half-time when some smart passing set up a chance for Fauzia Najjemba, but she put it wide.

They were to pay for this, and other missed opportunities, as Morocco took back the lead in the 68th minute. Captain Ghizlane Chebbak floated in a perfect ball for El Chad to head home.

There was a soft penalty for Morocco when Komuntale caught Ayane in the face with a trailing hand and Chebbak extended the lead from the spot.

Komuntale was handed a second yellow card to depart early in a double blow that seemed patently unfair.

Morocco now meet Senegal in Rabat on Friday to decide a top place in the group.

Uganda can still possibly advance but would need a handsome win over the Burkinabe when they clash in Casablanca at the same time.