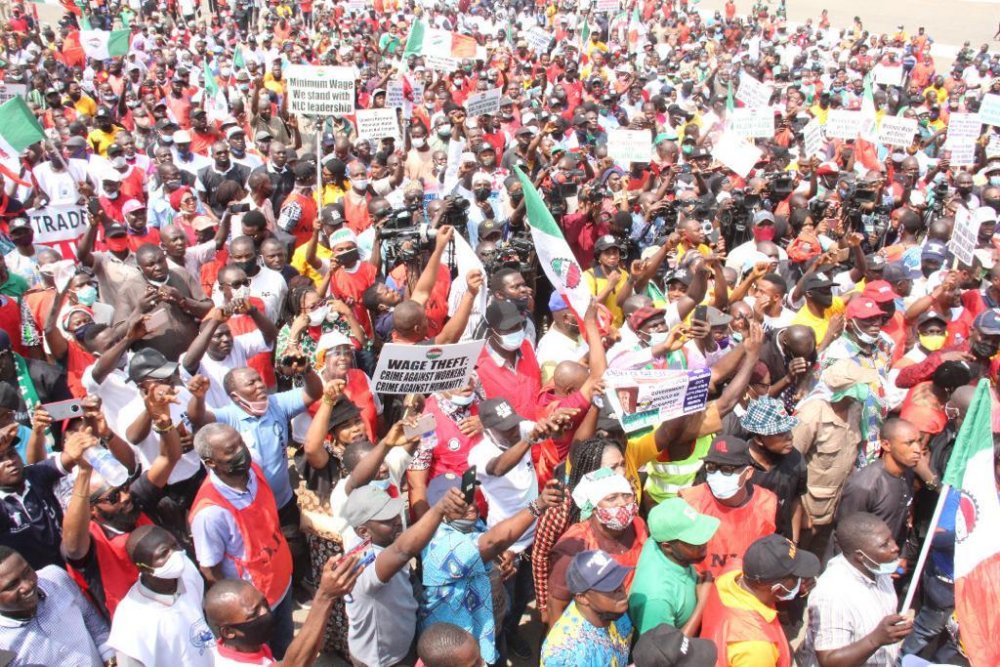 The organized labour has again hit Nigeria’s House of Representatives, saying the review of the minimum wage bill should start with the political class. Since 2011, when salaries were reviewed upward by 50 percent, salaries of political office holders have been reviewed upward by 800 percent.

The criticism of the political office holders was a result of a bill seeking to remove minimum wage negotiation from the exclusive legislative list to the concurrent legislative list.

The National President of the Nigeria Labour Congress, Ayuba Wabba, made the criticism during a meeting between the leadership of the House of Representatives and the labour leaders on Tuesday. Wabba argued that restructuring should start with the political officeholders.

Wabba and President of the Trade Union Congress (TUC), Quadri Olaleye, lead the labour union side.

Last week Wednesday, the Nigeria workers, under the aegis of the NLC and TUC, held a nationwide protest against the bill.

The bill was sponsored by Mohammed at a plenary on February 23, he argued that it would allow both the Federal and State governments to freely negotiate the minimum wage “with their workers in line with our federalism.”

But Wabba while explaining the workers’ opposition to the bill on Tuesday, said, “We are ready to defend our position. If we are to start restructuring wages, I think it should start from the political class. When salaries were reviewed by 50 per cent in 2011; those of political office holders were reviewed by 800 per cent.

“So, if it is about the ability to pay.  It should start from that stage. Our own is only the minimum wage while some are collecting the maximum wage.”

At present, the Revenue Mobilisation, Allocation and Fiscal Commission, the commission responsible for salaries and allowances of political office holders, has a uniform package for governors irrespective of the financial status of their states, the same thing applies to commissioners and state houses of assembly’s speakers.