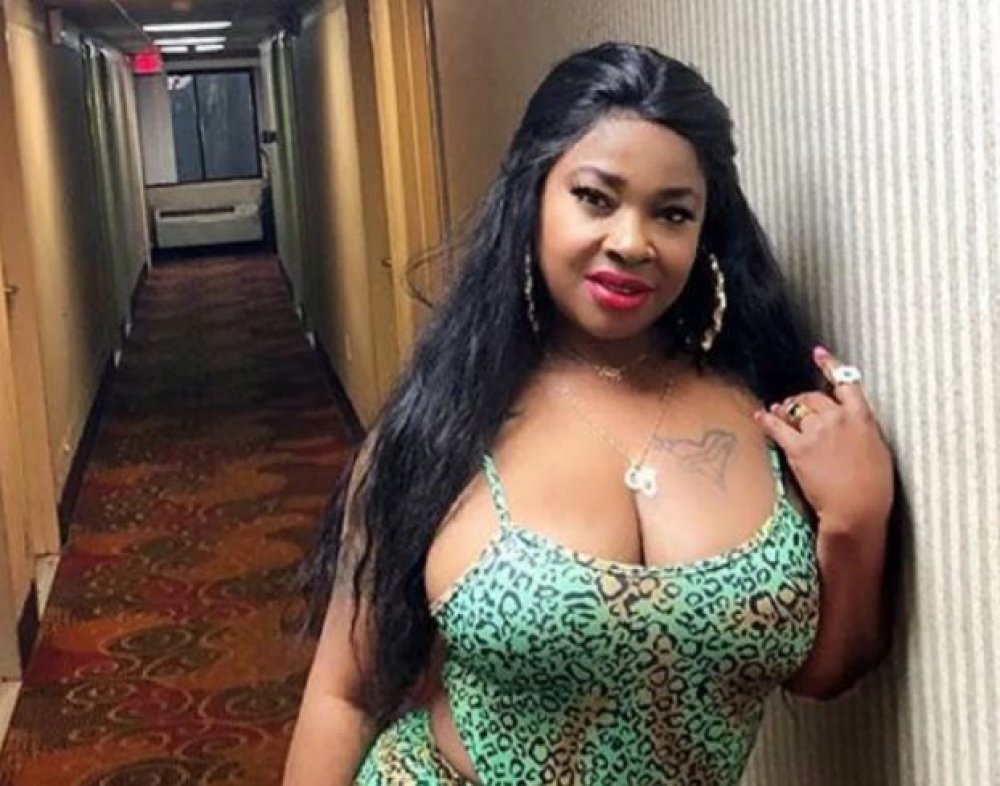 US-based Nigerian actress and singer, Judith Mazagwu, popularly known as Afrocandy, encapsulated her red-hot body with what she wore during her latest private moment with a masked man.

Garlanded with dollars, the 49-year-old - who turns 50 in two months' time - flaunted her fabulous figure in a dark-coloured thong bikini while enjoying a relaxed day in a room, in New Jersey, USA.

She posted the video on her verified Instagram handle on Tuesday 18th March with the caption: "It’s your “HoodStripper” in action Chei this pandemic has caused trouble We all gotta survive by any means.... Oya go subscribe to my onlyfans bring your coins watch full video #afrocandy."

Afrocandy was born in Umuduruebo Ugiri-ike, Ikeduru Local government area of Imo State, South-East Nigeria. As a teenager in high school, she was drawn to acting but lost interest after entering college.

She gained an associate degree in Office Administration and a Bachelor of Science degree in Business Management. In addition, she trained as a fireguard/security officer.

In 2005, Afrocandy joined her husband in the United States with whom she had two children.

After two years living there together, the couple separated.

Afrocandy has starred in films such as Destructive Instinct, How Did I Get Here, Ordeal in Paradise, The Goose That Lays The Golden Eggs and has played small roles in various Hollywood movies.