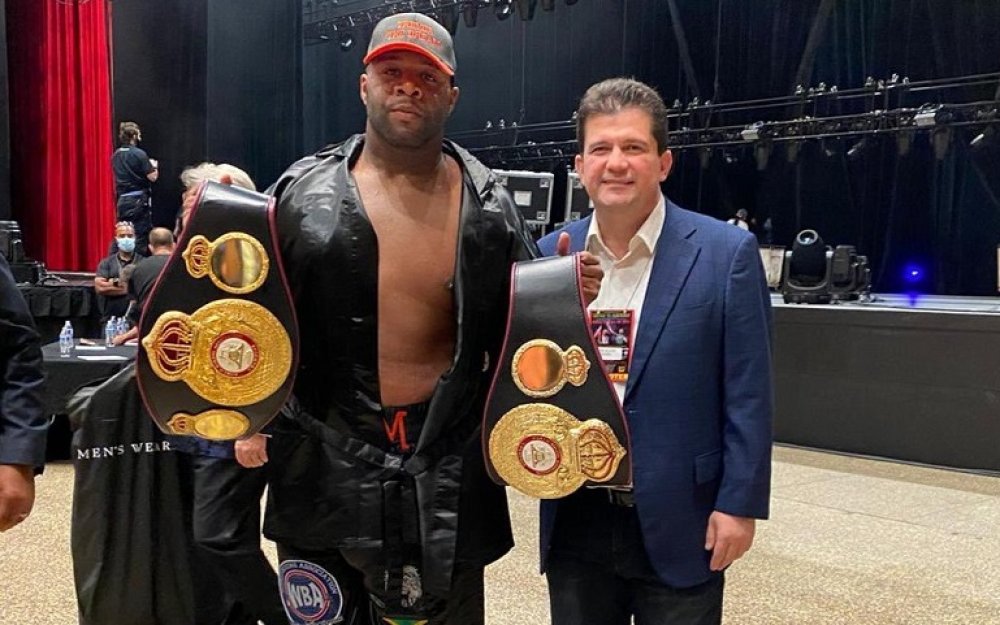 The fight which took place at the Seminole Hard Rock Hotel and Casino in Hollywood, Florida on Friday night.

Boxing from behind his jab Bryan was in control throughout even though Stiverne did score with the occasional shot.

Stiverne was knocked down twice in round eleven before referee Frank Gentile waved the fight off at 1 minute 26 seconds into the round.

Prior to that he had two fights in 2017 against Francois Russell (2-24) and Sandy Antonio Soto (2-20) winning both on third-round technical knockouts.

To carry on with the confusion Bryan will now have to meet the WBA champion in recess Lebanon born Mahmoud Charr 31-4; 17 who last fought on 25 November 2017.

On what basis the No 11 rated 42-year-old Haitian, Stiverne, who fights out of Las Vegas qualified for a world title shot is a mystery, as he had only one victory in four fights since 2015, before the fight with Bryan – Deontay Wilder L 12, Derric Rossy W 10, Deontay Wilder L ko 1 and Joe Joyce L TKO 6.

The World Boxing Association (WBA) has withdrawn recognition of Beibut Shumenov of Kazakhstan as their cruiserweight champion as he has been inactive since July 2018.

The interim champion Ryad Merhy has been elevated to the full champion and must meet Yuniel Dorticos in his next bout.