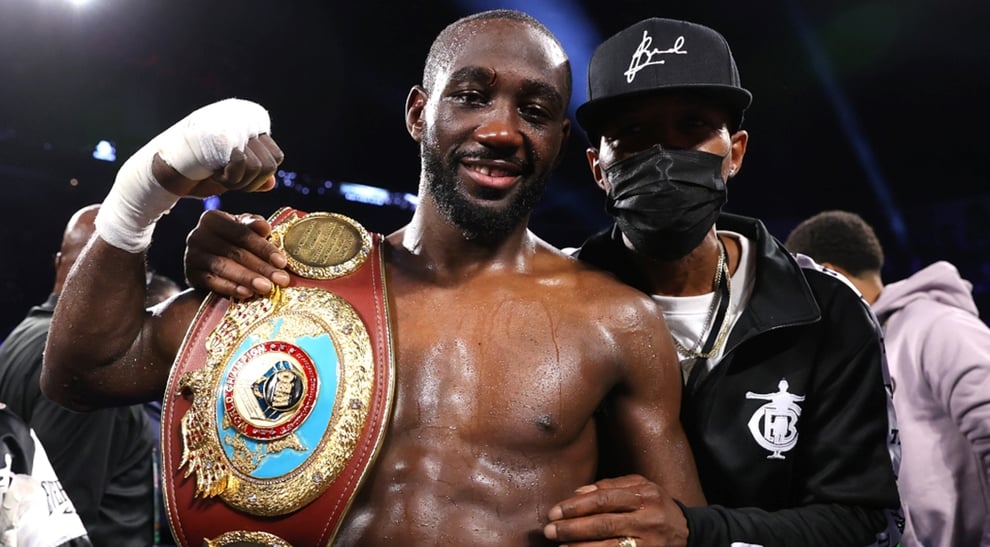 Undefeated US southpaw Terence Crawford will defend his World Boxing Organisation welterweight title on Saturday in his hometown of Omaha, Nebraska, against Russia's David Avanesyan.

Crawford, a 35-year-old former undisputed world light welterweight champion, is 38-0 with 29 knockouts while Avenesyan, 34, is the reigning European champion in the 147-pound division with a record of 29-3 with one drawn and 17 knockouts.

"My goal is to remind the world I'm the best fighter on the planet," Crawford said.

He will defend the crown for the sixth time after stopping Australian Jeff Horn in the ninth round in June 2018 to claim the title. His most recent defence came with a 10th-round stoppage of Shawn Porter in November 2021.

No rival has taken Crawford the distance in more than six years.

Avanesyan has won his past six fights in a run since March 2019. He hasn't gone the distance since 2017, with his most recent victory a first-round stoppage of Finland's Oskari Metz at London last March.

"This is a huge fight," Avanesyan said. "Everyone is talking about Terence. I'm not only here to win this fight decisively but to shock the world."

Crawford is the major rival champion in the division to unbeaten American Errol Spence Jr., but any idea of unifying titles will wait until his Russian rival is in the rear-view mirror.

"I'm very focused and have been since day one strictly on Avanesyan," Crawford said. "We know what he brings to the table, but we're going to elevate it to a higher level. We'll be victorious and going to have fun doing it."