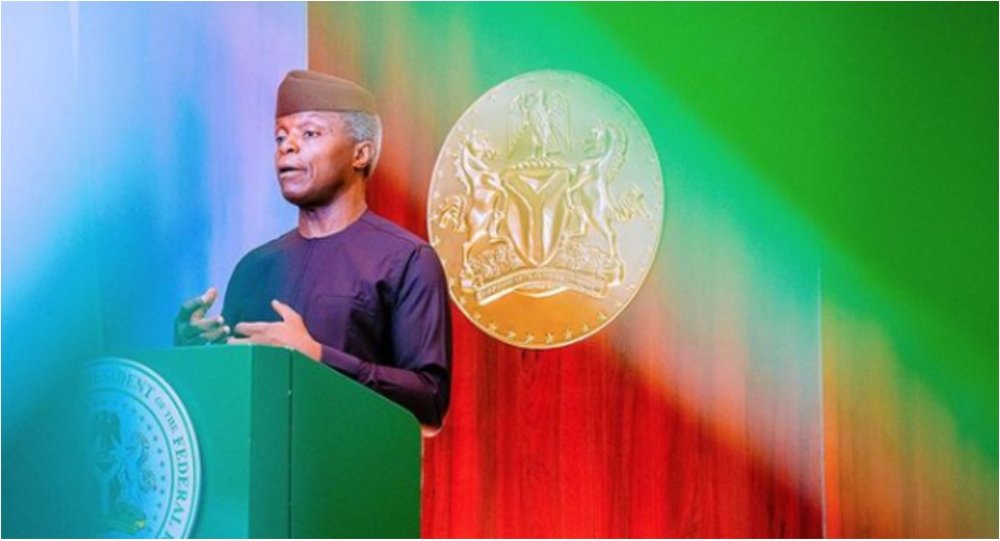 Nigeria is ready to apply its legal provisions that empowered the Federal Government to collect taxes on profit made in the country by global technology and digital firms that are not based in the country but have a significant economic presence in Nigeria.

Vice President Yemi Osinbajo disclosed this on Friday, during his interaction with a delegate of the Chartered Institute of Taxation of Nigeria  (CITN), led by its President, Adesina Adedayo, who visited him at the Presidential Villa.

The Vice President also disclosed that the Federal Government will not be raising tax rates at this time, based on the Finance Act 2019, but was empowered by the act to widen the tax net, including through the collection of taxes on the Nigerian income of global tech giants with significant economic presence in the country, even if they have not established an office or permanent establishment and are currently not paying taxes in Nigeria.

According to Osinbajo, Section 4 of the Finance Act 2019, provided that “the Minister (Finance) may by order (of the President) determine what constitutes the significant economic presence of a company other than a Nigerian company.”

He added that “we have had severe economic downturns which of course imply that we may not be able to collect taxes with the aggressiveness that would ordinarily be expected.

“I think the most important thing is that we must widen our tax net so that more people who are eligible to pay tax are paying. Several efforts have been made, and I am sure you are aware of the initiatives including the Voluntary Assets and Income Declaration Scheme (VAIDS) which was also an attempt to bring more people into the tax net, including those who have foreign assets.”

The Vice President further said, “we have also recently taken a step with respect to a lot of the technology companies that are not represented here but who do huge volumes of business here.

“The Finance Act has shown that we are very prepared to ensure that these big technology companies do not escape without paying their fair share of taxation in Nigeria. Many of them do incredible volumes here in Nigeria and in several other parts of the region.

“We have drawn up the regulations and we are prepared to go, and I think that we are at least in a good place to tap into some of the tax resources we can get from some of these companies.”