'We Are Ready For Predicted Flooding' — South-South States 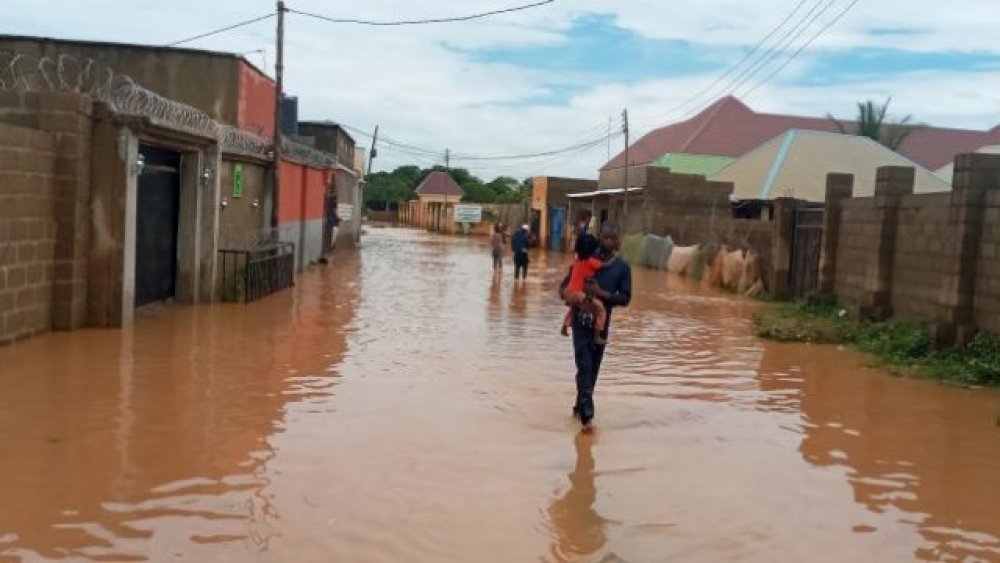 The Edo State Emergency Management Agency (SEMA) says it has made adequate arrangements to mitigate flooding in the state as the year runs out.

The Director of SEMA, Carol Odion, stated this in Benin while answering questions during the News Agency of Nigeria (NAN) survey on the preparedness of South-South states for predicted 2021 flooding.

Odion said that aside from carrying out advocacy and sensitisation programmes across the 18 Local Government Areas of the state, the agency had also met with relevant stakeholders on the issue of flooding.

She also said that the agency had prepared the temporary shelters for the Internally Displaced Persons (IDPs) ahead of any emergency evacuation.

“We have cleared and prepared the IDPs camp in case of any flooding. We have worked on the camps in Etsako Central and Esan South-East local government areas.

“We have some relief materials like beddings and foodstuffs received from the Nigerian Maritime Administration and Safety Agency to cater for these persons in case of evacuation.

“We have carried out advocacy and sensitisation programme across the state, we have also advised those in the riverine areas on the need to move to the upland,” Odion said.

Similarly, Lucky Wasa, Permanent Secretary, Ministry of Environment and Sustainability, said the state government was collaborating with relevant stakeholders, especially local government officials in this regard.

Wasa said the government was working on immediate and long term solutions to the menace of erosion in the state.

“We are quite aware of the warning that has been given as regards the states that will likely experience flooding this year.

‘’We are working to prevent and mitigate the impact it will have on our people.

“We have started massive desilting of drains across the state and we are going to carry out this action across the 18 local government areas.

“We are working in concert with the council areas, focusing on the councils that are prone to flooding in the state,’’ he explained.

Meanwhile, Gabriel Adie, Director Flooding, Cross River Ministry of Environment, says the state is yet to witness serious flooding in the 2021 rainy season.

Adie told NAN in Calabar that only one area in the state capital had witnessed flooding and the ministry was already working in the area to prevent future occurrence.

“We have experienced flooding around Zone 6 area as a result of blocked drains.

“Other than this, we have not heard of another in other parts of the state. There is no serious flooding like cars submerging or houses submerging,” he said.

In Akwa Ibom, the Commissioner for Environment and Solid Minerals, Charles Udoh, blamed the constant flooding and erosion experienced during the rainy season in many parts of Uyo on the human factor.

Udoh said the state government had embarked on various projects aimed at mitigating flooding in Uyo, the state capital.

“There is something that I want us to learn here – that most of the environmental problems we are tackling in the state are man-made problems.

“For instance in the past 15 years, there were flooding problems on IBB Road because houses are built on water channels.

“That is why public education, sensitisation is important against blocking the drainages with debris.

“We are planning to bring back days of sanitary inspection, the environmental officials whose business it is to promote environmental health,” he said.

On ways to tackle flooding in coastal areas, an expert on Environmental Systems Management, Professor Orlu Waiogosu, suggested that coastal states should have a robust embankment plan.

Waiogosu who spoke in Port Harcourt noted that coastal states had a tidal regime that increased the sea level and because the coastal areas were on low land, ocean surges had become inevitable.

“There should be an active regional management model to address the peculiarities of the various regions in respect to flood management.

“This would enable the states to bring resources together and execute sustainable projects aimed at mitigating flood,” he said.