"We Have Been Missing His Goals" — Arteta On Aubameyang 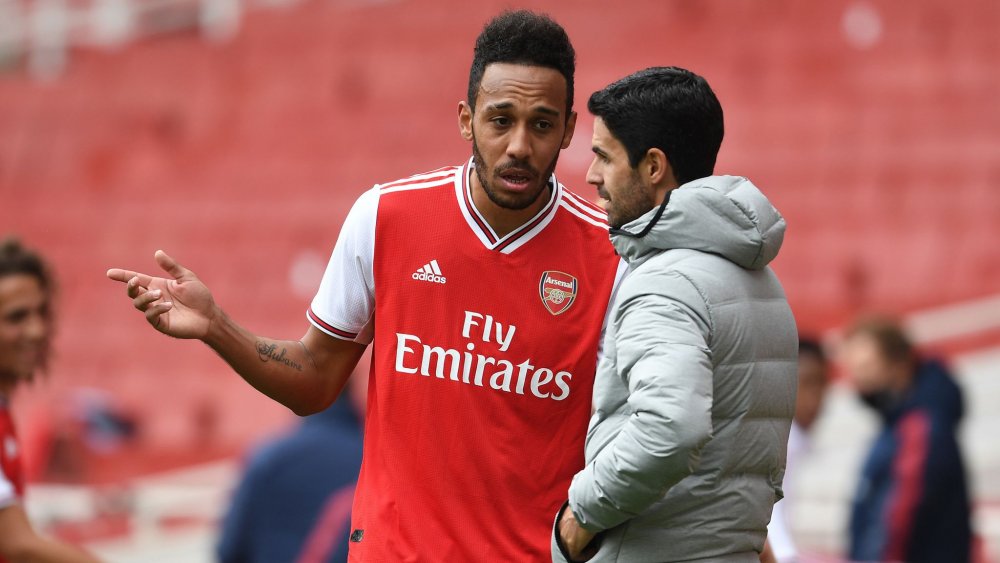 Arsenal manager Mikel Arteta was happy to have skipper Pierre-Emerick Aubameyang back in the team and firing goals after the Gabon striker's hat-trick in a 4-2 win over Leeds United in the Premier League on Sunday.

Aubameyang, making his first start in six games after taking time to be with his ill mother, scored twice before halftime and again just after the break to put his side 4-0 ahead.

"We have been missing his goals and him at his best," Arteta, whose side bounced back from consecutive league defeats, said. "He has been training after a difficult period with a family issue and we had a feeling he could be key in this game.

"He set the tone for the team up top."

Aubameyang was hobbling near the end but Arteta said he hoped he would be okay for next week's Europa League last-32, first-leg clash against Benfica in Rome.

"He was in pain and got a big kick, twisted his ankle but hopefully he will be fine (for Thursday)."

Despite going four goals clear, Arsenal were given a scare by a Leeds side who lived up to their reputation for entertainment by getting back into contention with goals from Pascal Struijk and Helder Costa.

They even had a decent Patrick Bamford penalty claim turned down and Arteta said he was not surprised by Leeds' fightback.

"I am really happy because I watch them so much and I know how difficult they are," he said.

"They are a fantastic team and they showed that over the course of the game, they showed spirit at 4-0 down.

"I said at halftime, it is 0-0. If there is a team in the league who will throw everything at you it is Leeds."

Leeds slipped below Arsenal into 11th spot but their 23 games this season have resulted in 82 goals and for the neutral, they remain arguably the best side to watch in the top flight.

"In the first half we should have prevented them from scoring three goals if we were more organised in possession," he said.

"In the second half, we had chances to score the third which means the ending of the game could have been different."