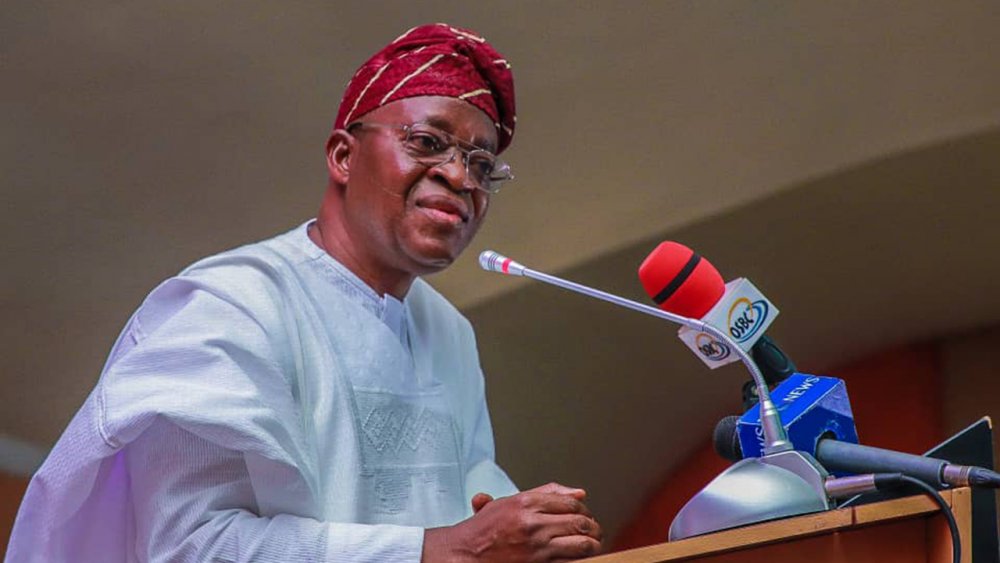 Gov. Gboyega Oyetola of Osun says his administration will put measures in place to make cocoa production a sustainable source of revenue and a major driver of the state’s economy.

Oyetola, who was represented by his Deputy, Mr Benedict Alabi, made the pledge during the flag-off of the 2021 Cocoa Farming Initiative Scheme, on Thursday in Ile-Ife.

He commended AFEX Commodity Exchange Limited and Central Bank of Nigeria (CBN) for their support for farmers, assuring of sustained relationship for economic recovery and transformation of the state.

Oyetola stated that his administration and AFEX would try all their possible best to reposition agriculture as the mainstay of the state’s economy by bringing rapid development to the cocoa value chain and promote agro produce in the state.

According to him, cocoa is a major economic booster and revenue earner for the state.

The governor maintained that his administration would support maize, cotton, rice, and cash crop farmers to boost their yields and enhance food production for the citizenry.

He said that arrangement was aimed at powering the state food support scheme to feed the people, boost food production, ensure food security and provide jobs.

Oyetola emphasised that the rice component of the scheme was sourced from local rice sellers in order to encourage and empower local farmers in the state and even beyond.

He urged farmers to join the cocoa production train so as to make the scheme a resounding success.

“It is our desire to use this scheme to encourage our teeming youths to engage in farming. Consequently, we shall empower 2,000 young cocoa farmers in the state.

“Osun has all it takes to be the highest producer of cocoa in the South-West zone and the nation at large.

“We shall stop at nothing to ensure that cocoa farmers get all they require to be the best and make our dream of being the highest producer of ‘king of crops’ come true,” he said.

Also speaking, a CBN Director, Oluyemisi Adebayo, said that the bank was motivated into partnering with farmers for growth and development because of their significance to national economic sustainability.

She said that the volume of cocoa being produce in Nigeria was too low compared with other developing countries, hence the need to improve production.

Adebayo urged farmers to cooperate with AFEX, CBN, and the state government by taking advantage of the opportunity given to them to increase their production.

Earlier, Chief Executive Officer, AFEX Commodity Exchange Limited, Mr. Ayodeji Balogun, said that the company had come to rescue farmers from the challenges they were facing.

Balogun said that about 2,000 cocoa farmers had been trained and supported with inputs, such as cocoa seedlings and access to storage facilities.

According to him, the partnership will afford the farmers the opportunity of having a ready market for their produce rather than disposing of them at give-away prices.

Balogun urged the farmers to support the scheme so as to bring back the era of the cocoa pyramid and its associated benefits.

Also speaking, the Chairman, All Farmers Association of Nigeria (AFAN) in the state, Alhaji Sulaiman Araokanmi, urged farmers to ensure repayment of the loans that would be given to them to ensure the sustainability of the programme. (NAN)