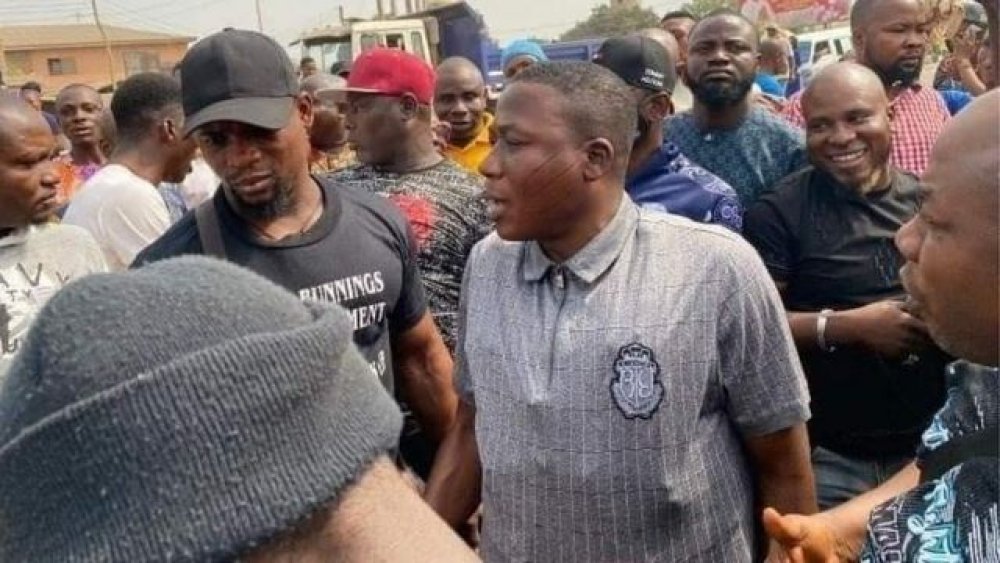 It's Thursday, and AllNews travels back in time to March 2021 when Sunday Adeniyi Adeyemo, popularly known as Sunday Igboho asked Yoruba people to take up arms against the government of Nigeria in order to achieve sovereignty.

Igboho was speaking at the Ogo Yoruba Awards (OYA).

He spoke to a gathering of persons of Yoruba origin, calling for South-West independence. In some of his comments, he urged Yorubas to take up arms against the Nigerian state.

"Every Yoruba that understands 'juju' should go and do it because we are going to fight a war. We will fight." Igboho said in Yoruba language.

"And also, go and buy gun; we will fight.

"Some people said they will appease the gods so we can go in peace, but there is nothing like that. One cannot gain independence through peace."

Igboho gained social media attention in January 2021 when he gave an ultimatum to Fulani herdsmen in Ibarapa axis of Oyo State to vacate the land after the killing of a popular politician, Dr. Fatai Aborode, and enforced same.

He is also known for advocating for Oduduwa Republic.

Currently, Igboho is being detained by Benin Republic security forces. He was trying to flee to Germany, as he had been declared a wanted man by the Department of State Services (DSS) in Nigeria. This was after Nigeria's secret police had stormed his house in Ibadan to arrest him, and in the process shot dead at least two of Igboho's aides.

Watch below video of Igboho encouraging Yoruba people to get guns and prepare for war, from 8:30:

Makinde, Wike, Tambuwal In Ondo To Woo Mimiko Back To PDP