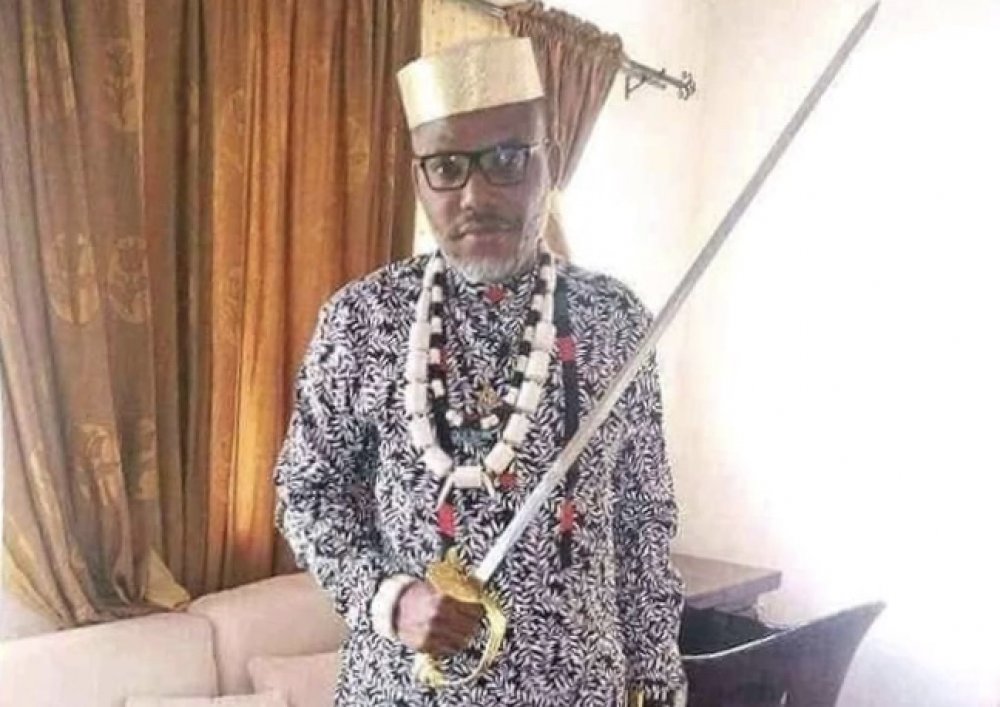 Biafra political activist, Nnamdi Kanu, in his country-home in Abia State in 2017

The leader of the Indigenous People of Biafra (IPOB), Nnamdi Kanu, on Tuesday vowed that his outlawed group will achieve its aim of a sovereign nation.

Kanu who made this promise on his known Twitter handle added that IPOB's critics 'should get used to' the group's agitation.

“Whatever the mind of man can conceive and believe, it can achieve.” – Napoleon Hill.

Our minds have conceived #Biafra. We believe in Biafra. We shall achieve Biafra, SOONER than later. Our detractors should get used to it.

"Our minds have conceived #Biafra. We believe in Biafra. We shall achieve Biafra, SOONER than later," Kanu wrote.

"Our detractors should get used to it."

The plan for a Biafra state is not new.

In 1967 Igbo leaders declared a Biafran state, but after a brutal civil war, which led to the deaths of up to a million people, the secessionist rebellion was defeated.

Diaspora-based Kanu is the latest in a line of ethnic Igbo activists taking up the cause of pushing for an independent state, saying the Igbos have been marginalised by successive Nigerian governments.

Meanwhile, the government says their complaints are not peculiar to the south-east alone, and urge them not to split from Nigeria.