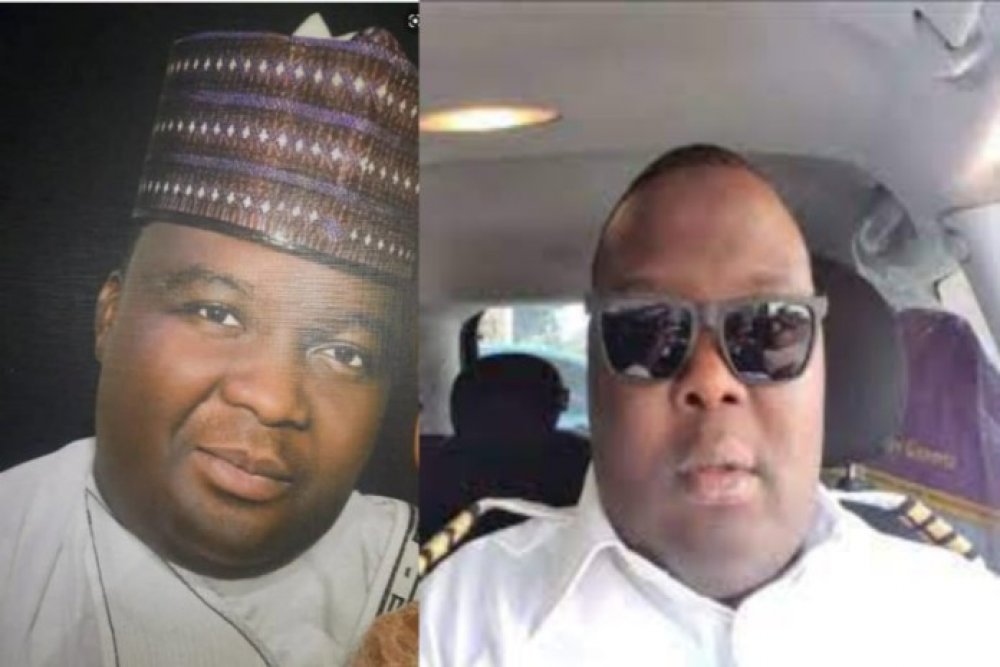 Two suspected killers of Abdulkareem Ibn-Na-Allah, the eldest  son of Senator Bala Ibn-Na-Allah, said they sold the stolen car of their victim, N1million,  in Katsina State.

The suspects, Bashir Muhammad, 23, and Nasiru Balarabe, 27, made the confession to newsmen  Thursday when paraded by the Police at the headquarters of Kaduna Police Command.

The Public Relations Officer of the Command, ASP Muhammad Jalige, told newsmen that the said car was valued at N9 million.

Fielding questions from newsmen, one of the suspects, Balarabe, a resident of Kawo area in Kaduna metropolis, said they sold the car for N1 million in Katsina.

Balarabe said he used his share of the money in purchasing foreign parboiled rice, but that he was intercepted by personnel of Department of Customs and Excise at the border, and the rice confiscated.

“I bought 23 bags of rice with my own share of the money but it was intercepted by customs”, he said.

The other suspect,  Muhammad, a resident of Rabah road in Kaduna metropolis, said he never knew the deceased prior to the incident.

“One day, I, Nasiru, and one Usman DanKano (now at large), were passing in front of his (deceased) house;  we saw a car parked inside the house; DanKano casually said we will come and steal the car from the house.

“The next day it rained, so we decided to go to the house; when we got inside, I and Nasiru  opened the door for Dankano, who was holding a torchlight.

“The light from the torch attracted the attention of the deceased and immediately he saw us; he picked something from under his bed and started struggling with Balarabe.

“During the struggle, the deceased fell down and we used a rope for hanging clothes to tie him and he never spoke again; we picked up the car keys and left”, Nasiru narrated.

When Muhammad was asked if poverty pushed him into committing the crime, he said his parents provided him with basic necessities as best as they could.

Meanwhile, Police Spokesperson, Jalige,  said the vehicle of the deceased was sold in Niger Republic, and had been recovered, adding that they were liaising with Interpol to bring it back to Nigeria.

It would be recalled that Abdulkarim Na Allah, the eldest son of Bala Ibn Na Allah, was on Sunday, Aug. 26,found dead in his room in Malali GRA, Kaduna metropolis.

The deceased was aged 36 and a Pilot by profession.