#WednesdayThrills: Living In The Abroad As A Nigerian 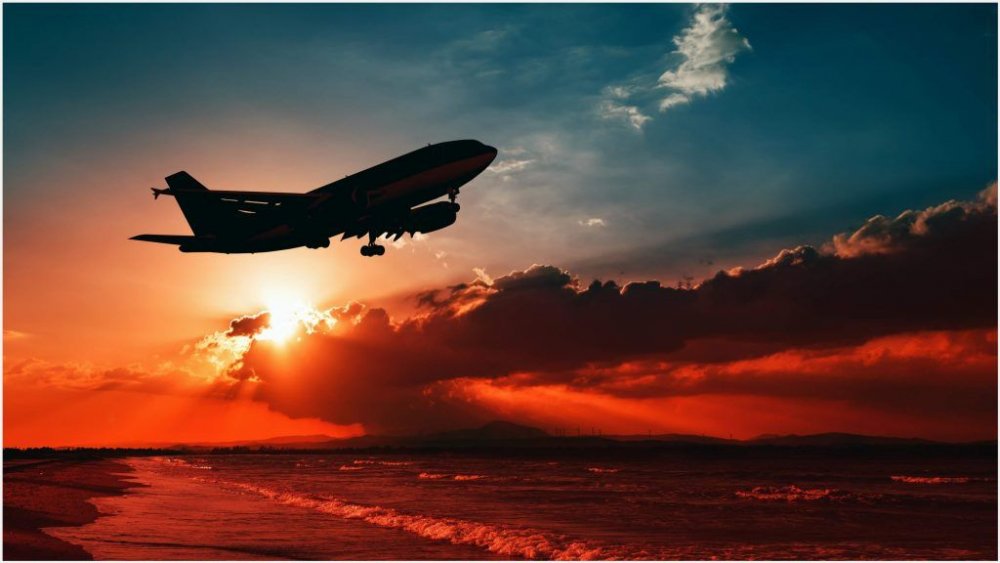 With the Nigerian economy in abject doldrums, security at an all-time low, corruption and nepotism in a locked battle for superiority, human rights consistently trampled upon and a host of other disparities causing widespread animosities while dividing the country among several lines, a great number of Nigerians have taken the ultimate choice of dumping the country for saner climes where personal and collective rights are respected, hard work rewarded and democracy proudly lives its actual name.

Research has shown that in recent years, the migrating Nigerian population has been on an upward trajectory, with countries like Canada and Australia offering a legal means of earning a permanent residency in no distant time through their skilled workers’ migration policy. And for the curious others that aren’t skilled, overstaying visas and leaving through dangerous, illegal backdoor means have been deemed viable options of escaping the nemesis that is a country.

However, it should be noted that living as a Nigerian in a country far away from home is a two-sided coin, presenting a whole lot of possibilities as well as not-so-alluring prospects. In this week’s edition of Wednesday Thrills, we explore the story of a Nigerian who has experienced this polarising reality firsthand.

Okay let's play this game. I will start with a verse of the American Anthem and you will continue with the next. One. Two. Go!!

Yo man! Calm down. I don't even know the Nigerian anthem talk less of the American. And by the way, how is it you know that sh**** song?

Erm... Plix, can we hold with the swear words? Also, you're already Yo Manning? When you have only been there for two months? What is your...

Chill dawg! It's three months, and I've always felt I had this Americanness in me, even during my tumultuous years in Nigeria.

(Chuckles) Okay, it seems this interview might be a bit different from the others.

You see, I haven't created a list of dos and don'ts for non-nigerianized Nigerians featuring in this series, but, I'm definitely doing that after this conversation. In the meantime, would you be nice, just a little, to tone down your Americanness and flow with ya brother?

Hahaha. I see what you did there man. But, okay. It's cool.

So, where are you currently and what did you go for?
Oh, I'm in D.C presently, Washington. I'm here for an educational conference.

An educational conference that has refused to end?
Lmao!! I wish. Man must flex now. Besides, I'm not in a hurry to return

I know right. Who's ever in a hurry to return? (rolls eyes in disdain)

Is this your first time outside the country?
No its not

So, the plane takeoff wasn't anything like the Osofia in London thingy?
Lol. No, it wasn't.  It used to be exciting at first but now, I'm just plain scared, with the in-flight turbulence and others.

Hmm, that. So, Bros, I know you've been American since birth, (rolls eyes again, in envy this time) however, I need you to be objective now. With your brief stay in the Abroad, where would you rather be? Nigeria or outside?
Lol is this supposed to be a question or a statement? Outside of course!

Haha. Bros, Bros. No chill at all.

How has the experience there been generally? Do you sometimes feel awkward or alien?
Nah, not in any way. People here are very friendly. But there will always be bad eggs you know, e nor get as e wan take be.

So you don't feel, say, not-at-home sometimes?
Not at all. I mean, I miss my family and friends but that is just it

Any standout moment?
Ermm, lemme think... Oh yeah! During the conference, in one of my classes, I won a prize; sheer luck though. Then I was given an ovation too and my name read out to the class. But the speaker had to ask that I pronounce my name for her since she found it difficult to do that. I purred my native names out proudly and I was loudly applauded again. Now, I look back at it, I wonder what exactly those folks were applauding.

Asides that, being here is really great, from the food to the scenery. Winter-is crazily cold, but I'm enjoying it. This is actually my first winter.

Lmao. Give me sweet gist biko.
Hahaha. It was at a metro station.

(Smirks hard)
Lmao. Sorry man! A train station. I guess I forgot the way I had come through, so I was on another journey that my ancestors would have been ashamed of for almost 4 hours. I had to ask the security, metro officers and some people for help before I could find my way back. They were very helpful and genuinely concerned I must say.

Wahala for who no sabi road o. You haven't heard that the man who asks for directions does not lose his way.
Even if you carry the map on your head here, you'll still get confused. I wonder how Nigerians in non-English speaking countries cope.

I guess they will gladly pick the confusion there than the one here.

What really appeals to you about the abroad life?
Everything is so organized, well-thought and planned. Is it the roads, electricity or even the internet? I mean when these basic amenities are not a big deal, it won't be difficult to be productive

God when!!
Hmm. Okay, see. It is getting to my 3rd month here. And I've never seen the power supply cease. Bad roads are a rare sight, if not impossible, and you'll never see a roadblock anywhere.

Do you meet/see other Nigerians there?
Lmao. Nigerians are everywhere man! I was once on a flight to Indianapolis from Chicago O'Hare airport and the vessel was filled with whites when suddenly I heard Yoruba behind me. I was like, ah, who know Yoruba for here? I had to look to confirm with my eyes and saw an African woman, who I presumed to be Nigerian and Yoruban. I had to be sure, so I passed by her later on and greeted her in the local dialect to which she responded jovially.

The way you're so glad saying this, it's like Nigerians have their own State there.
Lmao, not really. But there are lots of Nigerian communities. There's even a street called Abuja street, and then, there are different Nigerian organizations over here too.

Talk about unity in diversity.

Racism continues to be an endemic issue in white-populated countries. Have you had any close shoves?
Sadly, yeah. Twice now. In 2014, my family and I entered a waiting stall at the bus station and everybody inside (whites) stood up and left immediately. That was in Dubai

Wow? In this era of enlightenment?
Wait till you see the second. I was at a park in New York in 2016. I had taken a stroll separate from my family and had been walking carefreely for about 2 hours and it was getting dark already. I decided to return home then, but the issue was, I couldn't find the particular exit I came in through, there were so many.

You seem to be adept at missing your way oo.
Hahaha. Anyway, I saw this white woman approaching and started gesticulating before I had gotten to where she was in an excuse me manner to help me find my way out. But she blatantly screamed and shouted at me not to come near her. She crossed quickly to the other side and walked as fast as she could. Man, I felt dehumanized.

OMG! I hope it didn't cause any mental strain.
Nah. Not in the least. The feeling wore off eventually 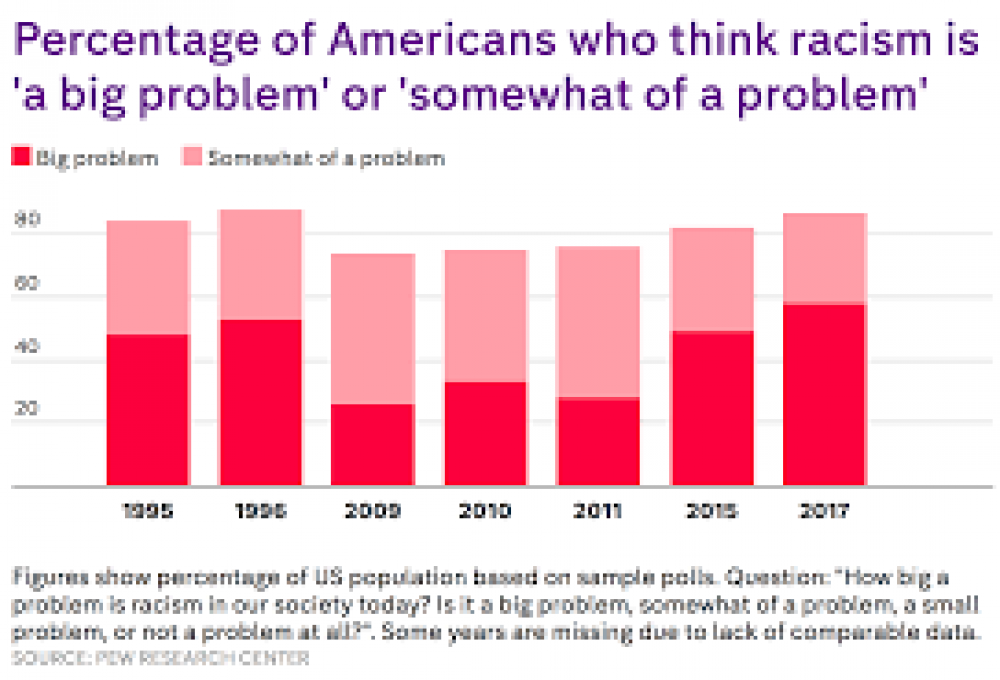 What have you noticed that sounds weird to you
Well, these guys don't have time for friendships, except during holidays. Everybody is on their own, minding their businesses.

Feeding?
Food is very affordable. A crate of eggs is about 2 dollars and some cents, a keg of milk is even less. You can even get a big loaf of bread for 89cents. But at fast-food places like MacDonald's or Popeyes, you can spend about 9-12 dollars to really eat to your fill.

(Me calculating 12 dollars in naira) #4300 to eat to my fill? Not bad nau. They will know an African man entered their restaurant.

What about the accent? Struggling?
Nah. It is easy to hear. But sometimes, they find it difficult to understand what you're saying. You have to use synonyms, speak slowly or describe what you mean explicitly. You know we Nigerians have a way of communicating that is relative to us.

Hahaha. But generally, it's easy to hear them.

Is it? Cause I've never watched a Hollywood movie without rushing to download the subtitle. All these their innit innit (rolls eyes again, in derision this time)
Lmao. That's British though. Americans are more like, Yo, Mehnn and Basically.

Ahah. My village people want to disgrace me. Next question.

Do you see any difference between the Nigerians there and the ones here?
Yeah. Nigerians back home are quite conservative compared to the ones here. These people in the diaspora are very liberal and open-minded. They love to party, really. There's a party almost every week.

Ehen, why?
I feel we would have a lot of things in common and it would be easier for us to relate. I cannot comman be explaining my jokes biko.

I know right. Cultural nuances. Before you goan bring who will be calling your parents by their first names
Lmao, nor be lieee!!

So how's your communication with your Nigerian hommies been since you left?
As it should. The timezones have been an issue though. I was suffering from jetlag initially, but I'm over it now.

Erm... Come down to a local boy's level, please.
Jetlag is a result of a change in timezones, so like now, when I'm supposed to be asleep over here at midnight I'd still be wide awake because my people back home are already awake.  My system would still be operating in accordance with the Nigerian time zone. Do you get?

I'm not so dumb nau, what do you take me for?

Do you think some of your friends are envious cause they don't have what you have?
Lol. This is a really strange question man.

Strange, but it happens. Aren't you Nigerian?
I only have a few close friends. I always want the best for them. So it is mutual.

Alright, dawg. (grins widely) That will be all. My passport is almost ready o. Shey you'll not send me an invitation letter for my visa processing like this, lemme comman yo man with you?
Hahaha. Nor be lieee.

Like this? Check back next Wednesday by 12 pm for another enthralling peek into the lives of random Nigerians