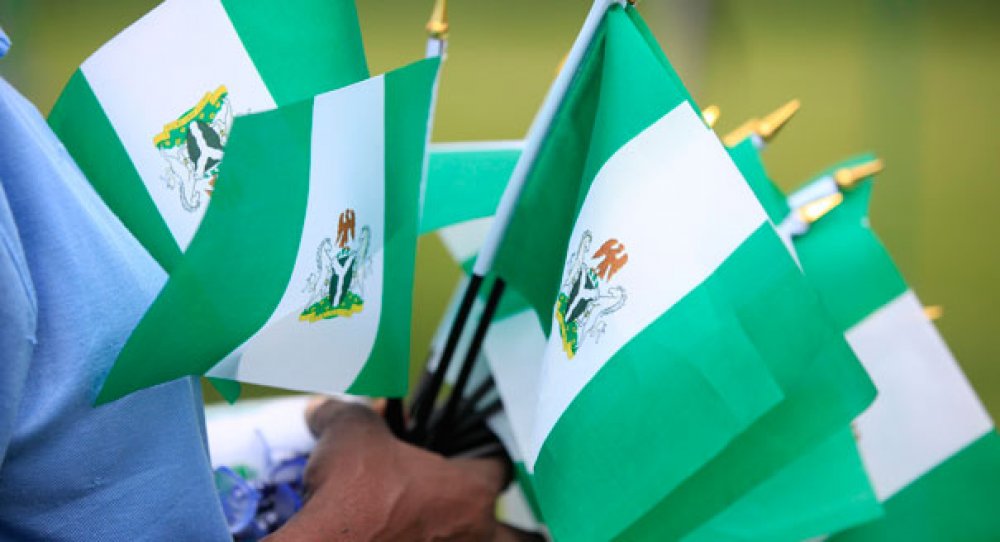 In 1914, Lord Lugard, brought about a unification of the Northern and Southern Protectorates through their amalgamation, birthing the single colony of Nigeria. The simplistic reasons for amalgamation were given as follows: the north is poor and had no resources to run the protectorate and they had no access to the sea, but the south had resources and have (sic) educated people; the northern protectorate was not making profit but the south was, so it was reasoned bringing these halves together was necessary for the holistic progress of the country. However, the reverse has seemed to be the case in recent times.

Since 2009, when the Boko Haram sect broke out, to signal a start of the chaotic, terror-ridden country we have now, Lugard's dream of a united Nigeria seems to have taken a huge blow it has no chance of recovering from. Nigeria, as we have it now, is divided across ethno-religious lines, with corruption sitting atop the pyramid of problems besieging the country, and hate and disdain characterising inter-tribal relations.

The Northern and Southern parts of Nigeria no longer experience any semblance of amity, and amid this struggle, there is a deep-seated ridicule of anything or person associated with the North for various reasons. This week's edition of Wednesday Thrills examines the stereotypes Southerners have created about Northerners taken from the perspecttive of a Southerner residing in the North, as well as the way of life in the North.

Something just flashed across my mind. I don't think I've ever seen any light-skinned Northerner down here in Lagos. And then, here you are, living in the North and dark as the word dark. Is it a peculiarly Northern thing? (Smiles)
Lmao. I knew one of the numerous Northern stereotypes will come along during this interview, what I didn't know was it would come this early.

Erm... Don't get me wrong though. I was only...
...kidding, I know. I wasn't serious either. But you see, this is one of the many stereotypes associated with the North. It is true that Northerners are commonly dark in color but not every Northerner is dark-skinned. My complexion has nothing to do with the North; I'm from Edo State and my parents are both dark as the word dark. Would it not be awkward if I was light-skinned then? (Smirks)

It sure would. So how long have you lived in the North?
Stayed there all my life. Which I guess translates to I have a Northern "citizenship" already.

A son of the soil. I stan!
Hahaha

When did you move out for the first time?
When I gained admission into Uni and spent four years, I think. That was my first lengthy experience outside the North, although, I had traveled to some places like my village but I didn't stay for a long time and so I won't really call that moving out.

So how's life generally like in the North?
Tell you the first thing that comes to mind? Cheap. Very cheap. Especially in deep Northern areas. But then again, the North lacks development, really.

Hmm. Why didn't you consider schooling there?
Ah! Hell No. Never considered schooling in the North knowing that I've lived for a long time here already. Na here I go die put?

Well, Solomon Grundi was buried where he was born. Wait, I hope Grundi is not a northern name before you brand me stereotypical again?
Hahaha. Well, I just wanted to go somewhere else. I hate staying in a place for a very long time. Bottomline, I like to stay far from home.

Don't a majority of us do?
So, it wasn't because of any other sentiment?
First of all, I think I had a poor secondary school background. I graduated from a public technical school without knowing nothing. We basically spoke Pidgin or Hausa in class except there was a teacher teaching. Even at that, teachers hardly taught. The highest we got was four subjects a week.

Wow
(Shrugs shoulders) Second, I like the respect that comes with leaving home for a very long time and returning. Your value rises and people start seeing you as a mini god. Lol

How many states have you been to in Nigeria outside the north?
Four I think. Lagos, Benin, Anambra, and Delta. If I'm to add Northern states, then six, with the inclusion of Kaduna and Abuja.

What would you say is different in what's obtainable in these southern states compared to the North?
There's a huge difference. The North is characterized by overly religious people. Religion is a vital, overriding factor in the North and so, most northerners are rather too conservative and are loyalists. Don't get me wrong, I like the North for this o, but when you compare this religiousity with other southern states I've visited, they are more developed and not as quite religious. So, development and religiousity are two key areas.

So as a first hand observer, do you think the northerners are religiously intolerant?
Absolutely. Ah! Most Northerners are bigots, but isn't it a Nigerian thing?. Well, they are ready to die and kill if you go contrary to Quranic teachings; this is why they form a strong, allied force.

You donminit!
Yes o  Okay, see, the Sharia law forbides the open sale and consumption of alcohol which is quite uncool. Then there's halting all movements by praying on highways every Fridays. We really have a long way to go here jare. 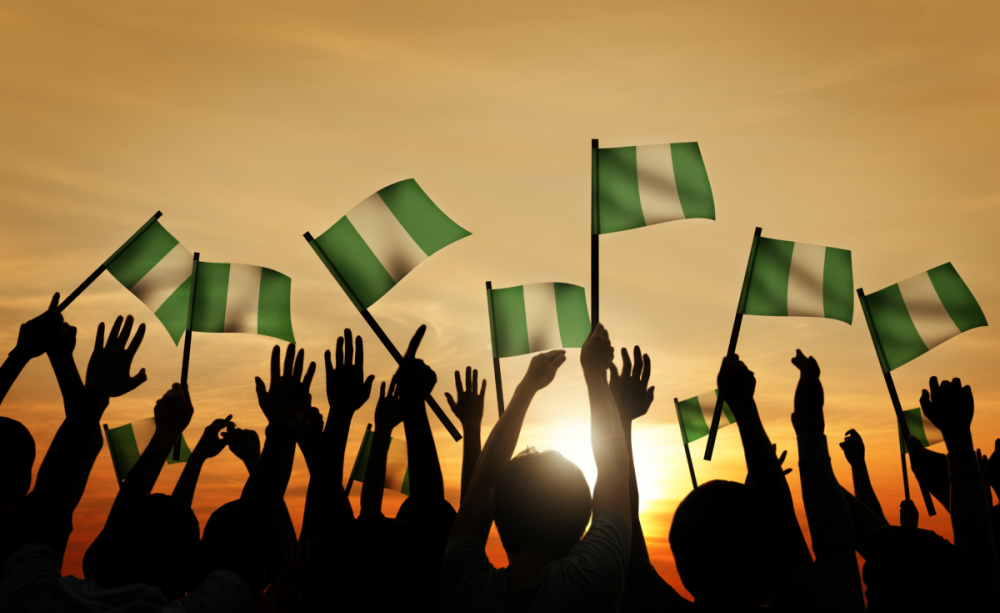 What are some the misconceptions people have about northerners?
Lol. Hmm. Get your notebook. The first and most pressing should be the Boko Haram thing. Everyone things the North is all about Boko Haram. Imagine telling someone you're from the North and the next thing they go, "Jesus, that Boko Haram place" or "You be Boko Haram o". Like, seriously?! Haba!

shakes head in disappointment
Someone once asked if there are story buildings in the North and if we only use camels for transportation.

Lmao. Jesus, my ribs.
I could also remember vibing to one of Wizkid tracks one time and my friend, pretty surprised, had asked me "Bros, so una know Wizkid for Niger?" and he was serious about it.

Hahaha. Wait...(struggling to contain self) Wait. Wait. Sorry I'm laughing. These are really hilarious though. Could people be so insensitive, really?
Lol. it's no problem at all. I'm used to it already. You know how many names them don call me? I suppose dey depressed by now.

So there's this idea, Northerners are hot-tempered, have you been in a squabble with a Northerner?
Well, I can't really say. But if this is something, one time, we finished playing a football match with some Hausa guys. Unkonwn to us, they hid canes cause they knew we'd defeat them. Once we were done, they brought it out and started flogging us. At least, if they couldn't beat us on the pitch, they could as well beat us outside it.

Hian. Wetyn Adele no go see from the other side.
My brother!

So, presently, people feel Lugard's almagamation is failing, they feel Nigeria is now a divided country comprising of the North and South. what's your say on this?
I totally agree. The whole "One Nigeria" agenda was to favor the British empire and not to create a synergy between the North and South. There never was a harmony, It has always been evident, and now it's getting more obvious.

What do you think about the North always crying victims whereas they occupy the top political positions in the country?
I don't think the North are crying victims. They know they control everything, they say it's their birth right and they openly mock others with it. The only cry would be from the Boko Haram troubles but what do an average Northerner care? They'd still put their 'Brother' up there even if he's killing them.

Talk about being blinded by nepotism.
What really bothers you about the condition of the North? Perhaps the people or lifestyle there.
They are backward and they care less. Northerners, I mean. They are mostly illiterates, a very large number of them and this of course transcends to the Nigerian political scene where it is a major problem.

As if you need to tell me about one man that was playing lost and found with his WAEC Certificate.
Hahaha. I no dey o. Also, and very importantly, the North lacks development. This is because an average Northerner is comfortable with having something to eat, and praying. Any other thing is secondary and takes little priority. Let me not even mention the Almajiri situation.

Do you have any reservations about getting married to a Northerner?
Don't have a problem with where a lady resides. As far as we're compatible, then I'm good to go. But, if you're talking about a Moslem, I doubt. I've never thought about it.

What has someone told you pertaining your complexion or location that really upset you?
About my complexion, lol, I don't care what people say or think. But the issue lies with the location. I've been given different monikers just because I live in the North - Herdsman, Northerner, Musa, Aboki, Mallam, Hausa, Abdullah, Blackman - the list is endless.

Habah. Warrapin
Hmm. I might want to say these nicknames are not bad, after all, Aboki means friend in Hausa; but they call me these names tauntingly and with sarcasm. I might be trying to slice a ball of onion, and someone will go, "Hey, I gotta shift now before this Herdsman use the knife on me." Or when I get something wrong and they go, "E no sabi anything, na Mallam." It could be really draining.

Awwn. I guess you've developed a thick skin?
Well I used to feel bad, but not anymore. I'd say I've outgrown the snide remarks.

So let me end this segment by giving you an option: If you had the chance to swap the North for a state elsewhere, will you move?
Sharp sharp o. I go japa! Opportunities are limited here. I see lotta seminars in Lagos I'd like to attend but I can't. I see job openings, but they also come with "must reside in this and that state". I will run!

Then get ready to not only run, but fly. We're going to the Bahamas.
Hahaha. You nor like Bananas.

Like this? Check back next Wednesday by 12 pm (WAT) for another enthralling peek into the lives of random Nigerians.