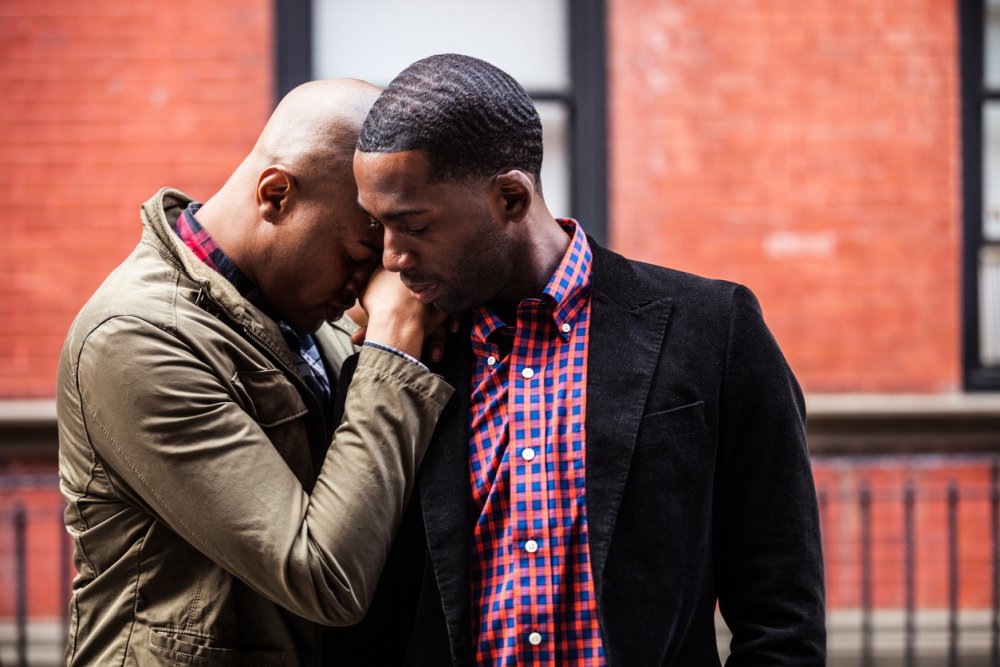 In 2014, former Nigerian President, Goodluck Jonathan signed the Same-Sex Marriage Prohibition Act into law, an act that proscribed a punishment of 14 years in prison for Nigerians found guilty of pursuing amorous relationships with members of the same sex. This bill drew widespread criticisms and condemnation from western countries and human rights activists alike who saw it as an outright abuse as well as a clampdown on citizens' rights to expression and human dignity with former U.S. Secretary of State John Kerry saying the United States was “deeply concerned” by a law that “dangerously restricts freedom of assembly, association, and expression for all Nigerians.”

READ MORE: #WednesdayThrills: 25 Without A Girlfriend: Perusing The Life Of An Introvert 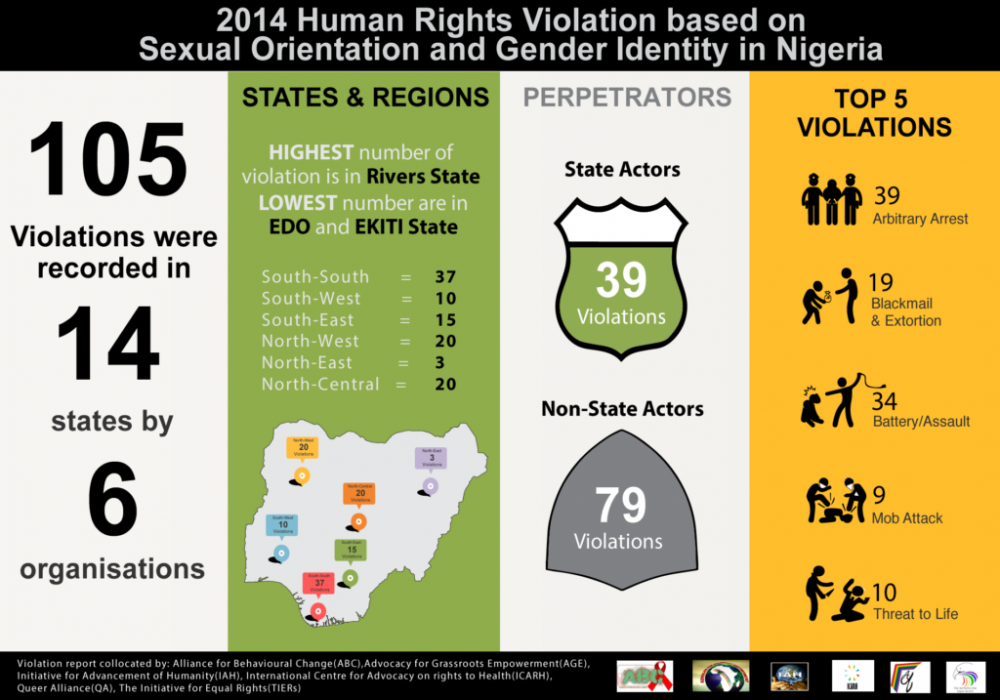 Despite subtle threats from Britain that it would cut its aid to African countries that violate the rights of gay and lesbian citizens, Nigeria has remained unwavering in her criminalizing stance on same-sex relations in the country, forcing LGBT people to live in closets in fear of harassments and arrests, possibly for the rest of their lives, Today's edition of Wednesday Thrills visits the web-ridden closet of a member of this oppressed group to shed more light on the implications of being gay in Nigeria.

I'm going to start with these clarifying questions: were you born gay? Do you think it is a lifestyle you adopted from social influences? Or did you at some point consciously decide girls weren't it for you?
Hahaha. (Goes on to laugh harder)

Erm... Did I say something wrong?
You didn't. I'm sorry, I just had to laugh. Lifestyle? Well, I very well know I have never made conscious efforts to be anything that my being gay is associated with. I have never felt sexually attracted to girls. And I have never thought it to be anything I have to do or actively seek.

Ehen?
Ehn. I never have felt incomplete, or lacking or inept. You can't long for what you know isn't missing. Have you heard of the term sexual orientation?

Sure
Well, it kinda takes the choice from you. I met me this way. There was no point of consciously deciding if I want to love girls or guys.

And you do not in any way think these feelings are unnatural?
Nope. As I said, I have never felt incomplete. I'll like to be this person I am in another life. Thankfully, unnaturalness isn't decided by people's opinions.

Tell me a bit about your family
I am the first of four kids - three boys and a girl. I had a dad who shouted more than he whipped, but then,we never felt privileged since his shouts caused more pain than his whips did.

Hahaha, I totally can relate
Mum's the typical African Mother who'll curse you into doing work and threaten to kill you because she believes since she was the one that gave you life, she has the patent rights to take it, yet, in all, you see her unshakable love.

How would you describe yourself seeing as Bobrisky who is apparently Nigeria's LGBTQ beacon identities as a 'She'.
I am a He. It's a bit sad that people keep mixing gender representation with sexual orientation. I am a guy who is attracted to guys. I am male. And I want to be identified and qualified as such.

But then, do you think Bobrisky paints a favorable image of the queer community in Nigeria?
I don't think someone who hasn't identified himself as a queer person is a good LGBT representative or a representative at all.

Well, he always talks about his sugar daddies, isn't that representation enough?
Nope. He projects himself as a woman who has sugar daddies. She doesn't in any way want to be associated with maleness. From the definition of homosexuality, that's flawed.

So where is she representing from? I think Nigerians, especially those who don't know, are only trying to make do. It's convenient to make her the face of the LGBT but in truth, representation is made authentic by full identification and we don't have that from Bobrisky.

You're are definitely familiar with the country's regulation on same-sex attraction - the 14-years-in-prison bill - how has it affected you?
In numerous ways. I let my beard grow out (to portray the accepted standard of masculinity), I am still very single because no one is brave enough to ask me out in public, I can't be fully expressive with myself..

Rumors are making the rounds over people using excuses of being queer and facing persecution in Nigeria to seek asylum statuses in LGBT-friendly countries. How true is that, and what's your say?
It's very true. People are doing that which they are very well known for - taking advantage of a platform in dishonest ways - both the gay and straight alike.

I know right. Corruption remains endemic.
It's sad because now it has only resulted in making the process more stringent thereby denying even the 'qualified' ones access.

Is it something you're looking towards trying?
Nah. I am too scared of stress.

There are rumors about gay men getting married to women? Any substance of truth in that?
Lmao. This is Nigeria! Men are being pressured to get married. Women are seen as barren, less-than-human mongrels if, at 25, there is no active man in their lives. So yeah, gay men and women are being thrown into heterosexual marriages on a Saturday basis. I only feel pity for their innocent, straight partners who will be ground suffering the consequences of a law that doesn't let people be themselves.

Have you personally tried to change your sexual orientation? Perhaps gone for deliverance, prayers or conversion therapies?
Never. I've never been in doubt of myself. Never been in denial. Never believed in deliverances. But that's for me. There are families that find out about their children"s sexuality and force them to do all these. Unfortunately, you can't pray away the gay, just as you can't pray away your straightness. You might only try to subdue the attraction, but then even that is way difficult and the end result is you putting yourself in silent misery.

But shey you know you're a fine boy? See your beards. many a straight guy will kill to have this. Do you get advances from female folks, subtle or not?
Yes, I do. On several occasions.

What about societal and parental pressures to get married as a man?
I am not going to allow myself to be bothered by a society that doesn't care for my happiness. As for parental pressures, I'm yet to have that. We'll cross the bridge when the time comes.

Nawa o. Wahala everywhere.
Are there any common internal struggles among members of the Nigerian LGBTQ community?
There's a full lack of awareness of sexual identification and gender representation amongst the members of the community. A lot of gay people, especially in Nigeria, do not know what it means to be gay and hence, think to themselves that it is something temporary and can be corrected when they settle with the opposite sex.

Perhaps that's why there is a rise in break-ups. Spouses eventually finding they are not compatible with their partners.
Perhaps. Additionally, there's a deeply-seated seed of hate planted in us by religion which leads to vices such a kito, unwarranted outing, etc

What is a kito?
Kito experiences occur when straight people pretending to be gay, or even gay people themselves, arrange a meet with a gay person in the guise of a friendly date or hookup only to abuse and harass you, perhaps stealing your possessions, physically assaulting you or outing you to your family.

Wow. This happens in Nigeria? Pretty terrible.
Have you ever been a victim?
No. I have not. And won't be.

What is one moment you remember that either weakened or strengthened your resolve to keep living your struggle as a queer man in Nigeria?
The weakness should be what I've just mentioned. Those queer men that have refused to understand setting people up will not help answer the questions posed by their sexualities. As for the strength, being a part of a struggle is really revitalizing. (smiles)

Thank you for not putting one innocent woman in limbo.
Do you harbor hopes that the country would someday be queer accommodating?
Yes. But I'm done with the hopes, I'm fine like this.

Can I ask what your greatest wish as an entrapped gay Nigerian is?
That I find peace and happiness as a queer man in Nigeria and it shouldn't be dependent on the ban being lifted

Awwn. Thanks for letting me into your struggle mate, I really hope you find your happiness.
Thank you.

Like this? Check back next Wednesday by 12 pm (WAT) for another enthralling peek into the lives of random Nigerians.