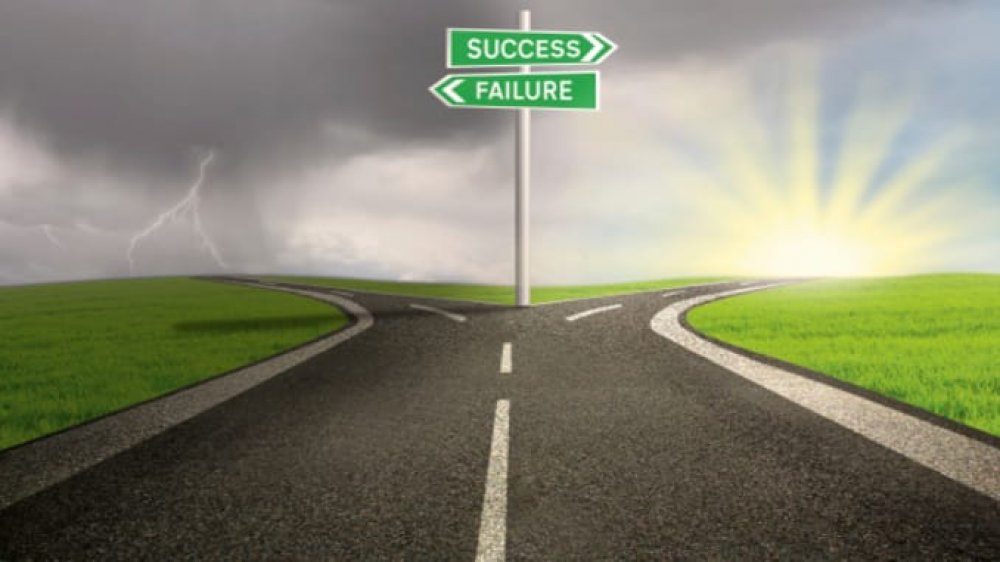 Schooling in Nigeria is not as easy as it seems. From having to deal with really belligerent lecturers and colleagues to shouldering the responsibilities that come with enjoying semi-independence such as fending for oneself in the face of a hostile economy.

Most students have the unenviable task of managing very scant resources while navigating the cold, dry paths of tertiary institutions and as a result, some have taken the dive into becoming - a word that characterizes a student who moonlights as an entrepreneur. It's a challenging thing to do but it comes with a lot of advantages as well.

In this week's edition of Wednesday Thrills, we explore the story of one man who has successfully changed his story from being an employee to an employer of labour, while in school.

READ ALSO: #WednesdayThrills: Working On The Island Is Trouble But She Would Rather Continue

Cheeeiii, why do I suddenly smell money everywhere?

Hahaha. I was going to ask that, too, the smell is really strong. Did you recently visit the bank?.

Ah. You self na guyman. I know the trick anyway. You rich folks never agree you're rich so you don't attract those people, abi?

My brother, the struggle is both physical and spiritual. If you know, you know.

I refuse to know. Wait, is that your brand logo on the shirt you are putting on?

It is an Apple logo, sir.

I don't understand, are you dragging logo rights with Steve Jobs?

Lmao. Not really  Okay, the thing is, I aspire to be an Apple ambassador someday and trust me when I say I'm getting closer to it by the day.

Oshey! Bad energy stay far away! We'll get back to that. For now, do you have your own brand?

Yes, I do. We're called The Ambassadors. 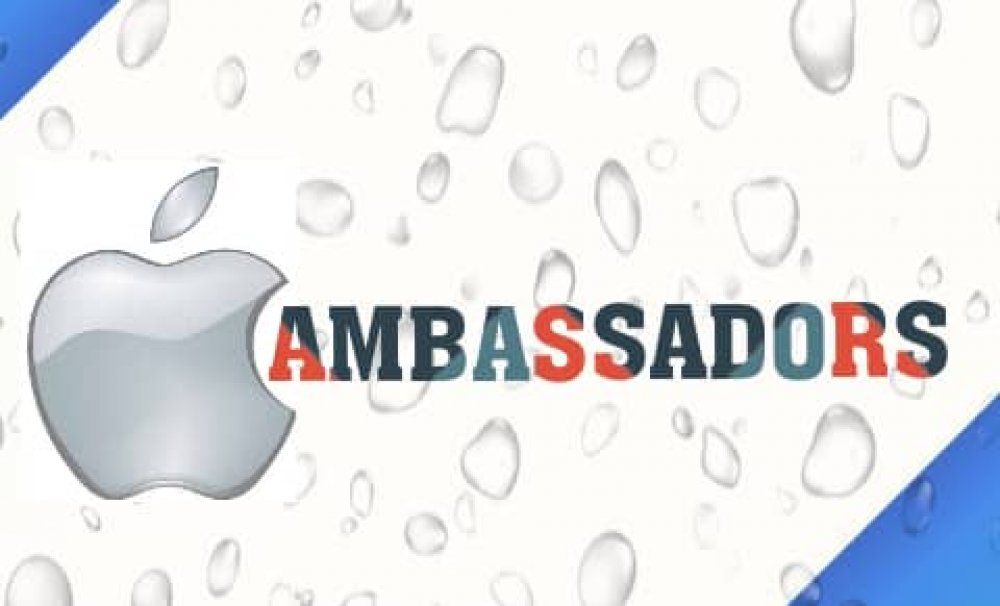 Mehn! You are really on an aspiration something. Was it culled from your name, what your folks call you, or a goal?

My name is Adeyemi, but the brand name didn't come out from it. It came from...

The Apple Ambassadorial thingy. I dig already. Let's blow first before we expose our secret to the outside world.

Hahaha, that's really hilarious man. And it is not our, it is your. Singular and not plural.

Nawa o. This is serious

When did you start putting things together to create what you have now?

I started during my first year at the university, where I was admitted to study Media Studies. I started by launching The Ambassador Cab Service where we responded to students' transportation needs at discounted rates.

Oh. Which other services do you offer?

There is The Ambassador Financials, where we render finance (sic) services to students on campus. Easy withdrawals for a token. Then we organize an annual academic competition, but this is solely to encourage young, talented students.

Mad oo. You're already a philanthropist?

Lol. Well, I can still do better. One other platform I created is The Ambassador Drama Crew and trust me, we have featured in so many events, and we're still growing. Currently, The Ambassador is starting a personal campaign called, Apple Ambassador Campaign. There's no need telling you much about it, the magnitude will hit you in full force when it is set.

You mentioned being a student in Media Studies. I've heard strong stories about the demands of that course.

Yes o. Presentations upon presentations, you'd have thought we were being screened for CNN positions. But I never saw it as a limitation as I had already set a priority for my dream.

So how did you manage to juggle both demands?

Simple. As I said...priority. My coursemates can verify, I hardly come for lectures because of my multiple engagements. But when its time to do the needful academically I switch focus.

Hahan, baddest! Almost like flipping a light switch on and off, abi?

You can say that again.

Were there any obstacles?

Ah, a lot. That's why I'm not surprised to hear that a lot of prominent businessmen today either didn't attend college or dropped out midway. All through my four years in school, I didn't have any Continuous Assessment grade so my grades were wholly hinged on my exam performances. I never had a carryover in any course, still, it wasn't the best of grades. That was a major challenge.

Aww. Are you hiding your face? Don't worry, I won't ask what your CGPA is. Plus, grades are not really the sole determinant of success.

Yes, I totally agree. I learn every day. I'm a movie producer, scriptwriter, and actor. I didn't tell you that. Most times, when I have exams and haven't written a particular story or studied a script that I'm about to perform, I won't be able to read well for my exams. My intelligence is based on personal development and not to pass exams.

Hmm. How many employees do you presently have working under you?

Quite a lot. I don't usually call them employees, I work with a team of great men and women who are more friends than workers, that is why I lost count. Whenever I'm focusing on a particular project, I use a particular set of people and since I do a lot of things I work with different sets of people. Plus, it's the digital age. So I work more with people online, especially for Project Ambassador Mini Importations. Oh, I forgot to tell you that earlier.

(Smirks) Did you really forget or you wanted to bring it in strategically.

...busy person. Yeah, I know. You've hinted it in almost all your replies. (smirks again)

What has your biggest achievement been?

That I get to see people who are motivated by me and who are being financially free, especially students who no longer see school as an excuse not to make money.

Tell me, how's a typical day for you like?

Busy. Busy. Busy. Especially with the new Ambassador campaign, we are currently working on. Although most times, I'm studying and telling my team what next to do, we are always up and running. I hardly have any non-business related conversations online. In fact, creating time for this interview was not easy.

World's Busiest Man. So you don't have a social life?

My social life is my career - acting, directing and scripting. When I'm acting that is only when you can see me socializing. On a normal day when you see me, it's always business as usual.

Ahh. Wahala for who no be entrepreneur o.

As a budding entrepreneur, a lot of your folks would easily believe you have everything going for you  Have you had instances where you heard others say envious or nasty things about you?

Yes, I get those sometimes. No, make that most times. A lot of times, friends and family will demand financial assistance from me, expecting to always get anything they want anytime and they would always misunderstand me when I decline their request. They believe the money is always flowing, but I have to learn to draw a line. Make I no go dey find work tomorrow.

Yes o. Man gats shine eyes. Other times, I hear comments like, what is it with this guy and apple logo? Because the logo is on all my shirts, I mean all. Some will say it behind my back while others summon the courage to ask me physically. But, that's that, they will know soon.

Something is hungrying me to say, but I will swallow it.

As you must have known by now, people love clinging to epitomes of success. How have you been able to sieve true friends from those there for the gains?

Well, disputes help me to filter real friends. Sometimes challenges bring out the real intentions of friends. When friends close to me are there only for the gains and the gains are not forthcoming as expected, they will disappear but the real ones with the real passion will stay no matter our differences.

What's your advice to other aspiring studentpreneurs?

Keep the fire burning, they should never put their life and career on hold because of school, it's not worth it. They should give their careers their best and it will all turn out well.

Erm... Are you saying going to Uni is useless?

Not at all, but it's not worth putting one's life on hold for. That is for those who really have entrepreneurial plans.

So you won't be putting your certificate into use at all?

Not to look for a job, but I know I will use it for my Masters abroad.

What are you doing with the Masters again, eh, uncle?

Are you totally independent right now?

Yes, totally. Not even thinking of looking for a job.

What are your plans for the new year?

Yes. I prefer to call her future partner, she has graduated from that level.

I see. She's now in the behind-every-successful-man-is-a-woman level abi?

Don't tell anybody o. How much was your net profit last year?

You just said I shouldn't tell anybody

Haha. Alright, man. That will be all. Thanks for giving me your time. Should you need someone to help spend your excess money, I'm one call away.

Lmao. I'll do well to remember that.

Like this? Check back next Wednesday by 12 pm for another enthralling peek into the lives of random Nigerians