Weep Not For Sanusi 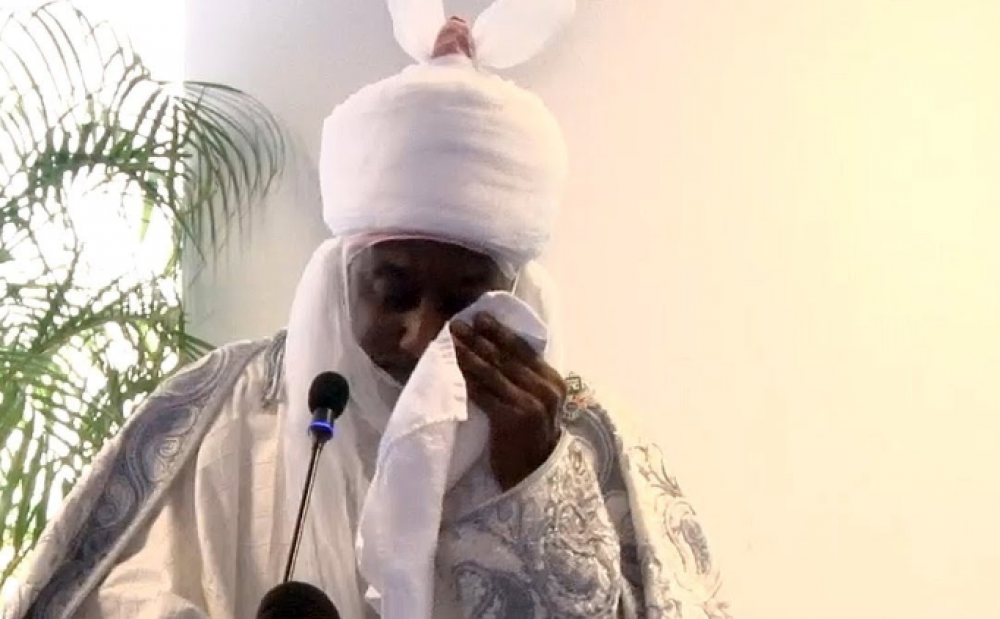 On Monday, the governor of Kano State, Abdullahi Umar Ganduje, finally had his pound of flesh when he masterminded the unceremonious ouster of Muhammadu Sanusi II, the 14th Emir of Kano from the throne. Sanusi was accused of many things, notably the "total disrespect to lawful instructions from the office of the state governor and other lawful authorities". In short, Sanusi was dethroned for gross insubordination. While it took some by surprise, those who had followed events between the two knew it was just a matter of time before Sanusi was disrobed. His tacit support for the Peoples Democratic Party's candidate at the guber polls in the state, Abba Yusuf, the son-in-law to Rabiu Kwankwaso – Ganduje's arch-enemy – was the final straw.

Sanusi, A Beneficiary Of The Crooked System That Consumed Him

Sanusi's emergence as the Emir of Kano was a result of treachery orchestrated by Rabiu Kwankwaso, the then governor of the state. Out of spite and hatred for the late Emir, Ado Bayero, Kwankwaso, in the usual vindictive manner of Nigerian politicians, brought Sanusi, a staunch critic of the Jonathan administration in through the back door and pushed for his emergence as the Emir.

Sanusi's path to the throne was even made easier when on August 31, 2013, political bigwigs such as Atiku Abubakar Governors Rabiu Kwankwaso (Kano), Rotimi Amaechi (Rivers), Aliyu Magatakarda Wamakko (Sokoto), Abdulfatah Ahmed (Kwara) and Murtala Nyako (Adamawa), and others, deserted the Goodluck Jonathan camp for the nPDP before finally joining the All Progressives Congress (APC).

Sanusi was the golden boy, the man who dared their enemy (Goodluck Jonathan) and was suspended over the face-off following the alleged unremitted oil proceeds totalling $20 billion.

Before the crocodile tears start rolling, it is vital to understand the dirty politics that brought in Sanusi as the Emir of Kano. He, who must dine with the devil, must have a long spoon. Unfortunately, Sanusi's spoon became short.

After a protracted battle between Kwankwaso and the late Ado Bayero, which had the Emir reverse himself on the appointment of a new Wazirin Kano following a 24-hour ultimatum by Kwankwaso to reverse the turbanning or be dethroned, Ado Bayero eventually passed away from ill-health. It was bad that the state governor, Kwankwaso 'missed' the burial. Why would he attend? Bayero was, after all, an ally of former Kano State Governor, Mallam Ibrahim Shekarau, another bitter enemy of Rabiu Kwankwaso. It is worth noting that the current governor of Kano State, Umar Ganduje, was the deputy governor to Kwankwaso.

After the death of Ado Bayero, it was time to choose his replacement. Three names were submitted; Ciroman Kano, Sanusi Ado Bayero, second being the Sarkin Dawakin Tsakar Gida, Aminu Ado Bayero and the Turakin Kano, Nasir Ado Bayero. However, Kwankwaso being who he is, played his hands, and Sanusi's name was included. The rest, they say, is history. Once that played out, it was only a matter of time before Sanusi was swept away by the same vindictive politics that made him.

Some few Nigerians, in their usual manner, suddenly became all mushy when news broke that he has been dethroned as the Emir. Suddenly, Sanusi became the right candidate to replace President Muhammadu Buhari in 2003. How people come up with such a warped sense of reasoning will forever remain a mystery.  We are still grappling with the damages caused by the 'Man with no shoes' and furthered by the 'The poor man who couldn't afford to buy his nomination form'. Emotions don't fight insecurity. Emotions don't provide jobs. Emotions don't drive the economy. The clamour for his presidency has shown that we will are not ready as a nation.

The uproar about Sanusi's dethronement is the fact that it was orchestrated by a governor caught on camera smiling sheepishly as he stuffed his 'Immunity clowned Babariga' with wads of foreign currency, a feat that earned him a nickname 'Gandollar'. In a sane cline, Ganduje would have been impeached and made to face the music. But this is Nigeria!