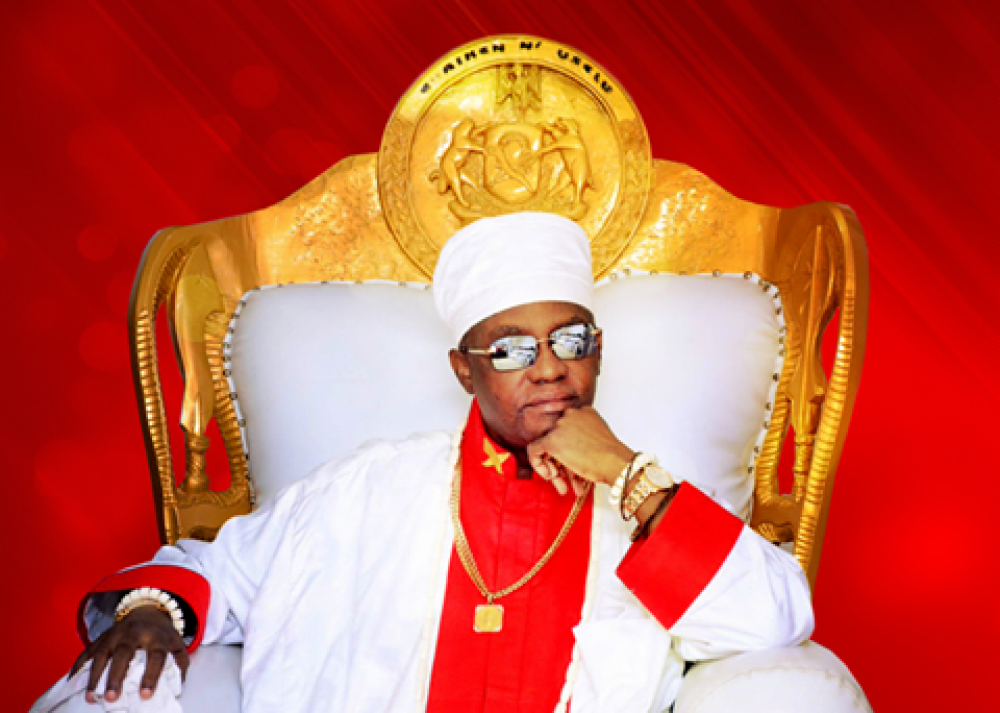 The Oba of Benin, Oba Ewuare II has paid tribute to God and the ancestors, after he welcomed a set of quadruplets with his fifth wife, Queen (Oloi) Aisosa Ewuare II.

When Oba Ewuare announced the news at his palace on Friday in Benin, there was jubilation from guests.

AllNews reports that the monarch had in May 2020, welcomed his first infant prince after he ascended the throne of his forebears as the 40th Oba of Benin from her Royal Highness, Queen (Oloi) Iyayota Ewuare II.

The presiding priest of the oldest West African Church, better known as Holy Aruosa Church, Ohen-Osa Igbinoghodua Edebiri, offered prayer to God of wisdom and guidance for the newborns.

Queen (Oloi) Aisosa Ewuare II is the youngest among the wives of the Benin king.

The brief ceremony coincided with the visit of national executives of Immaculate Conception College (ICC), Benin which is the Oba’s Alma-mater.

The group was led by John Osa- Omoregie who thanked the king for his support towards the development of the school and sued for more support.