What You Should Know About Netflix's Sub And Dub Features 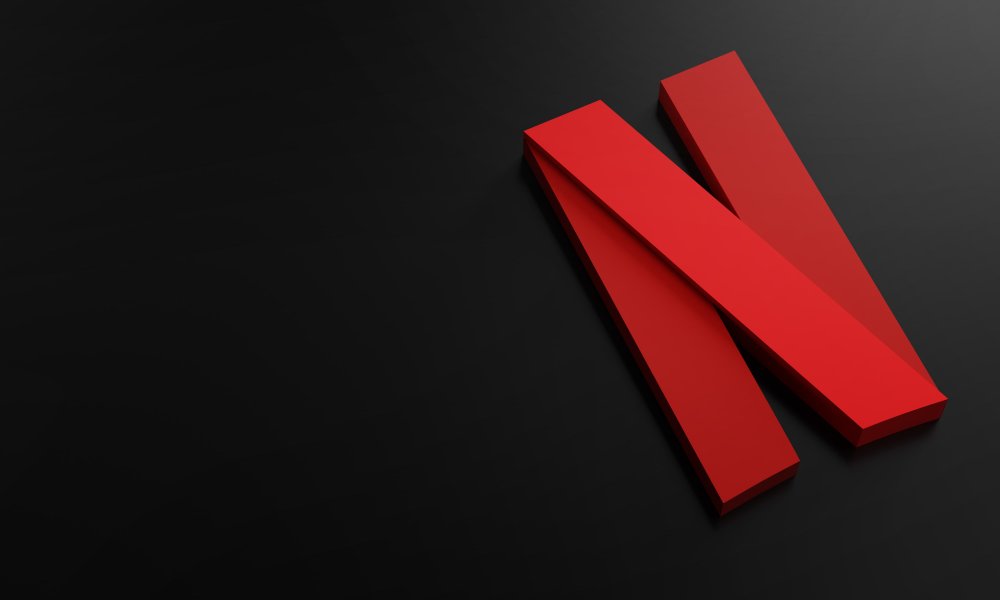 Netflix's sub and dub features provide a unique experience aimed at exploring different cultures via the availability of diverse languages and is something every subscriber needs to be accustomed to.

The streaming platform is currently available in over 190 countries, with numerous titles available for viewing comprising of not just a combination of different genres but consisting of diverse languages.

Many will remember how Netflix brought the ground-breaking La Casa de Papel (Money Heist) in 2017, a series that quickly became a household name and has become the most-watched non-English language series on the platform. 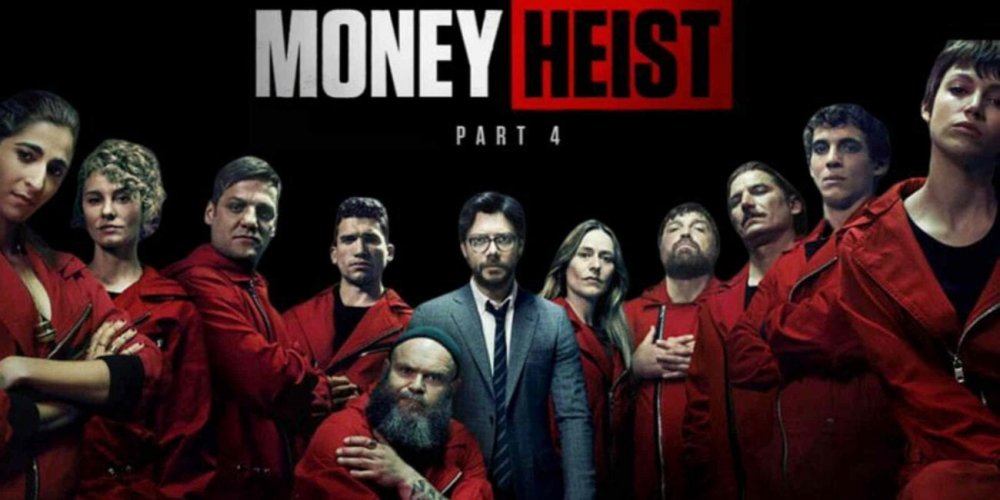 What is most intriguing about Money Heist is that it has eliminated the language barrier that should exist because, through dubbing, fans around the world can understand and enjoy shows like it and Lupin in their preferred languages.

The above proves that great stories can come from anywhere and can be enjoyed by everyone as long as it is communicated in a language that is understood by its audience.

When it comes to language and the audience understanding what is being streamed, Netflix understands and has it in mind, hence its efforts to maximize its users' experience. This is why it ensures that all its non-English titles come with multiple sub-titling options. Netflix has also invested a lot recently in dubbing; a feature that incorporates the audio translation of the titles to about 30 different languages.

To ensure that the creativity and authenticity of the titles aren't compromised, Netflix has a dubbing management hub in almost 20 countries. This is made up of a team that supervises the casting for and recording of the scripts alongside other creative choices and technical workflows, making sure the final content is natural to and aligns with the cultural nuances of each territory.

Between the subbing and dubbing, Netflix is breaking language barriers while internationally projecting creativity on a local level. 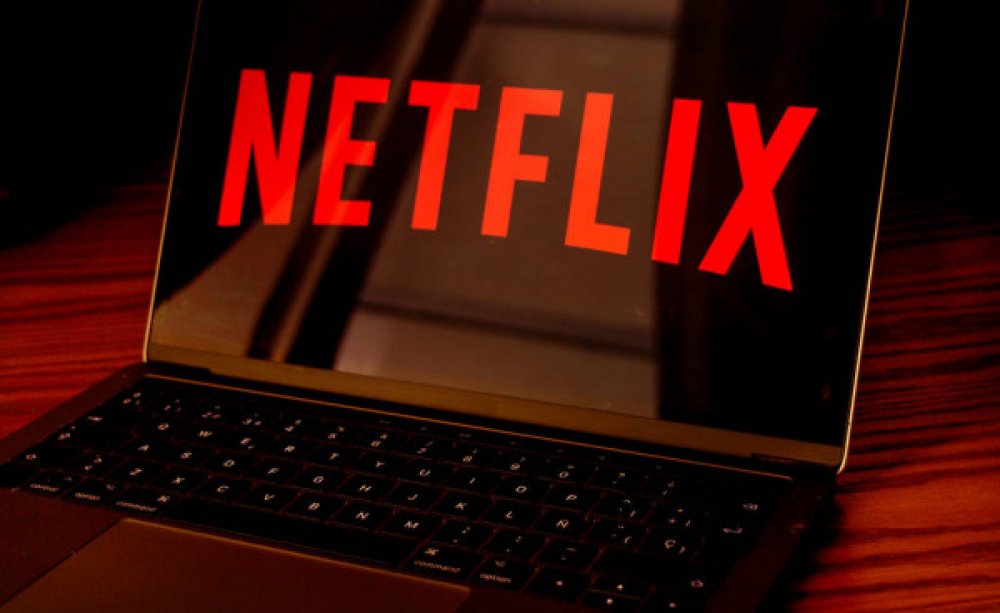 For those who are not sure how to use the Caption/Audio feature, below is a guide on how to step into new worlds through the utilization of the captions feature (It is important to note that subtitles can be customized to languages other than English to make the Netflix experience more versatile and enjoyable).

1. Play a movie or an episode of a series, go to 'audio & subtitles' and select a language from the list. If you're presently learning a foreign language and want to improve your skills, reading a film in that language will go a long way in improving your understanding. 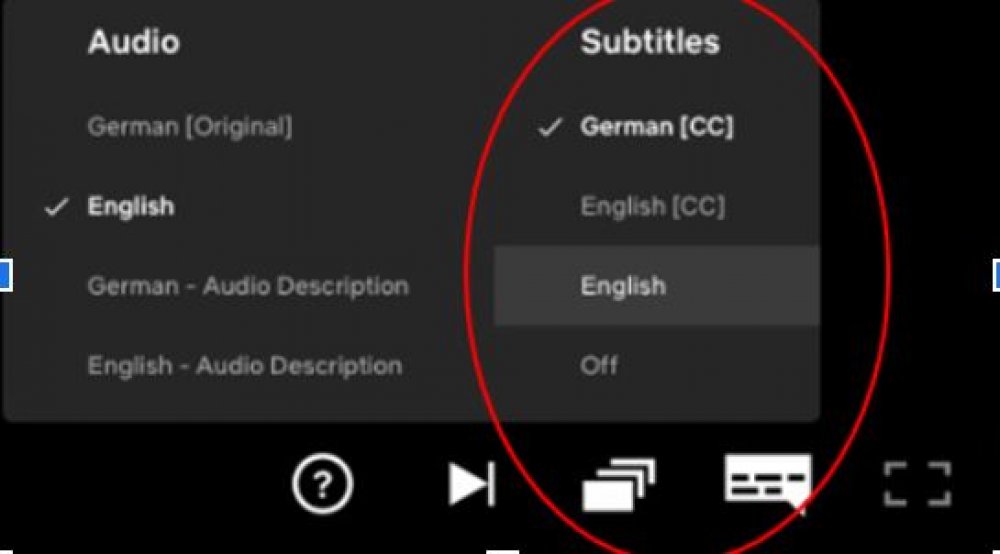 2. Another thing you can do with the subtitles is change the font. Simply go to your Account, click on Profile and Parental Controls, then hit Subtitle Appearance and then Font. This might take a minute but it makes your Netflix user experience a little bit more delightful as it increases the enjoyability of your foreign Netflix titles. 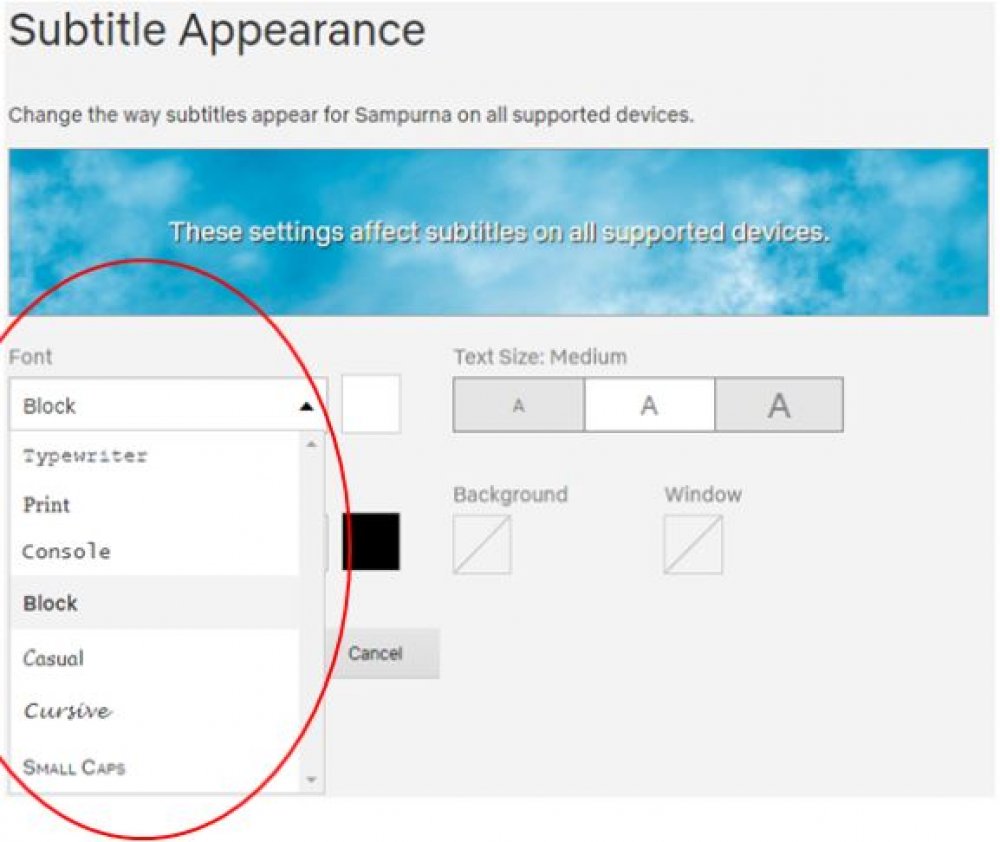 3. If you want to make subtitles bigger or smaller all you need to do is go to Account, then click on Profile and Parental Controls, and then hit on Subtitle Appearance before clicking on Font size. This makes way for larger subtitles when you're making use of your TV and too lazy to go get your glasses. Also, grandma will no longer have to squint too much when she wants to watch that new Nollywood title or Telenovela. 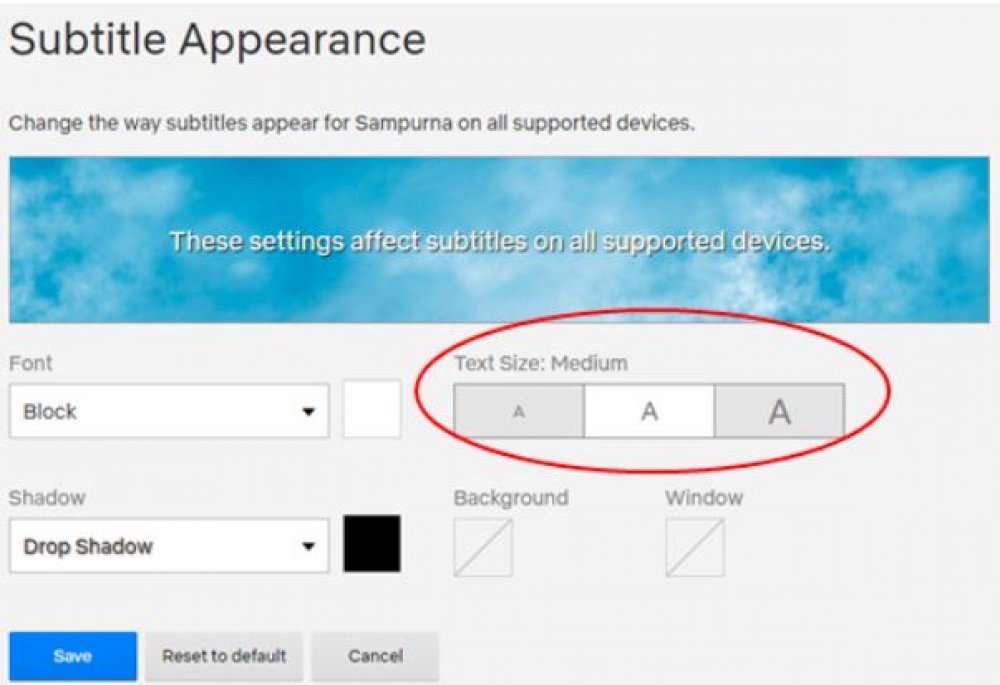 4. Do you want to spice up your Netflix screen? One thing you can do is add color to the font of your subtitle and make the text semi-transparent. Go to Account and then click Profile and Parental Controls. Afterward, hit Subtitle Appearance and then Color. 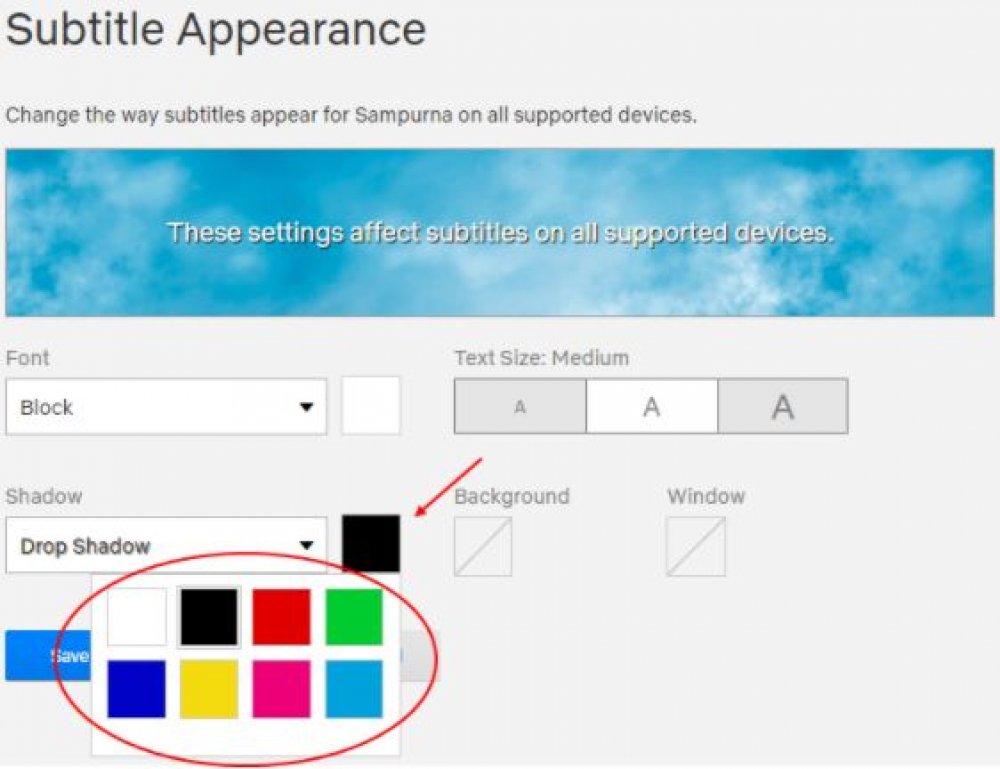 5. Additionally, there are eight different background colors to choose from if you want to have a solid background around the text that appears on your screen. First, go to Account then click on Profile and Parental Controls. From there, go to Subtitle Appearance and then click on Background. 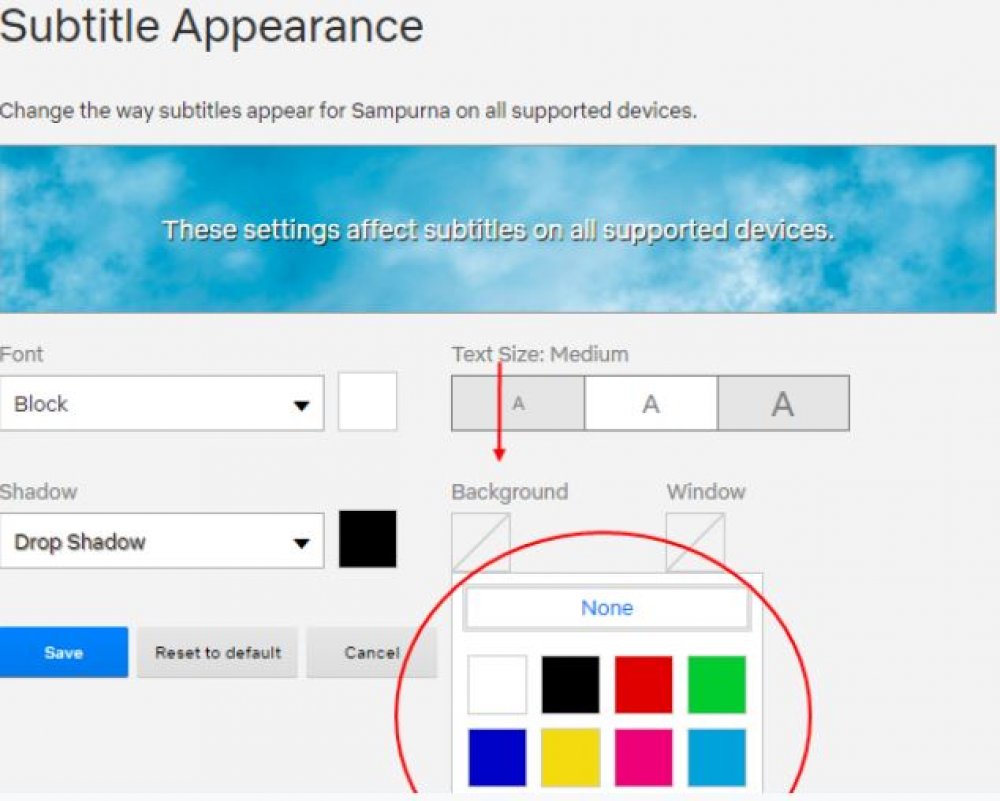 6. Lastly, you can take your subtitle experience to the next level by choosing closed caption. A closed caption is a feature that includes background noises and tracks playing to the written display of the characters' dialogue. Also, closed caption will include the names of characters who may be speaking off-camera. To activate this feature, play your chosen Netflix title, then go to 'audio & subtitles' and then click on Audio Descriptions. 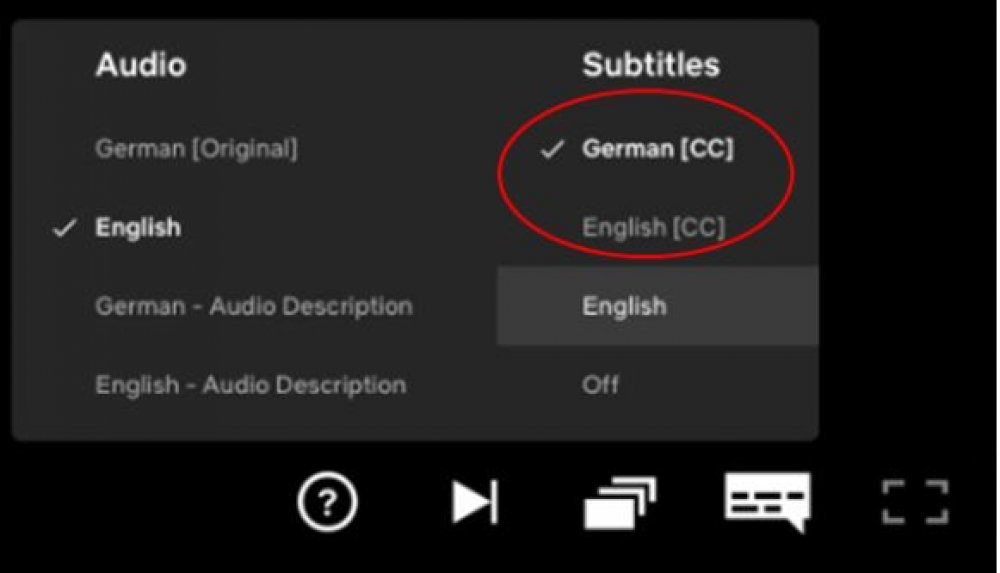