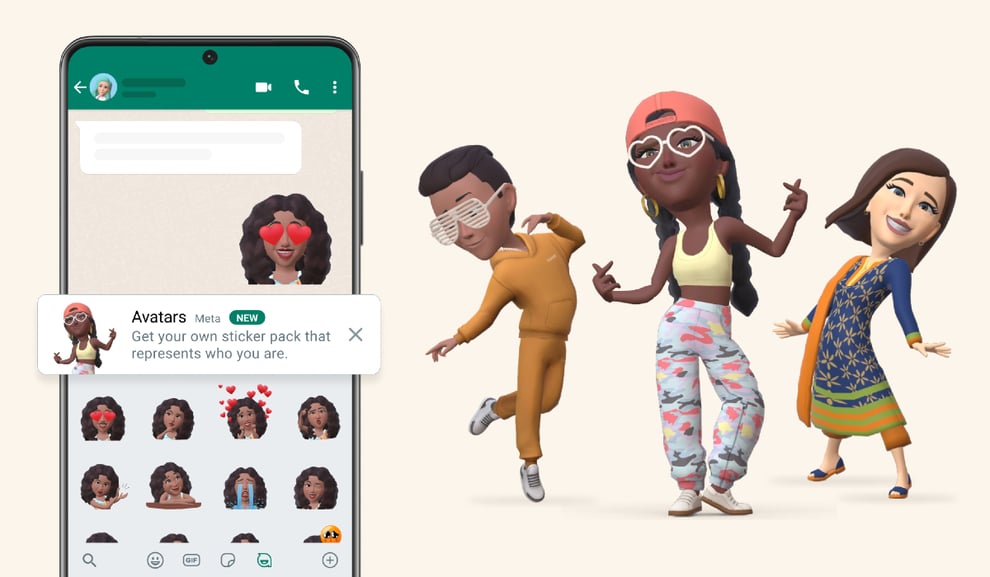 After appearing on Instagram, Facebook, and Messenger for several months, WhatsApp has begun distributing 3D avatars for its users all over the world that may be used as profile images or customised stickers.

Avatars are coming to WhatsApp, Meta CEO Mark Zuckerberg announced on Wednesday in a Facebook post following a lengthy beta test that lasted for several months.

Users of WhatsApp can select one of 36 custom stickers representing various emotions and actions, or they can use one of their customised avatars as their profile photo.

“Your avatar is a digital version of you that can be created from billions of combinations of diverse hairstyles, facial features, and outfits,” the company behind the popular instant messaging app said.

Once the feature is available, users can build their WhatsApp avatars by going to the Settings menu.

According to information on a FAQ page, the messaging app will also get a "Utilize Avatar" option in the profile photo settings that will allow users to use their virtual lookalike as a profile photo.

Bitmoji-inspired 3D avatars were launched on Facebook and Messenger by Meta in 2019. Australia, New Zealand, Europe, and Canada were the only markets included in the first rollout, but the social networking giant later expanded its presence to the United States in 2020. Late January saw the introduction of avatars on Instagram.

Users are currently unable to use your WhatsApp avatar on Instagram or Facebook or your Meta avatar from those platforms on WhatsApp.

This means that in order to utilise an avatar on WhatsApp, you must simply create an avatar there.