WhatsApp Web Gets ‘View Once’ Feature For Photos, Videos 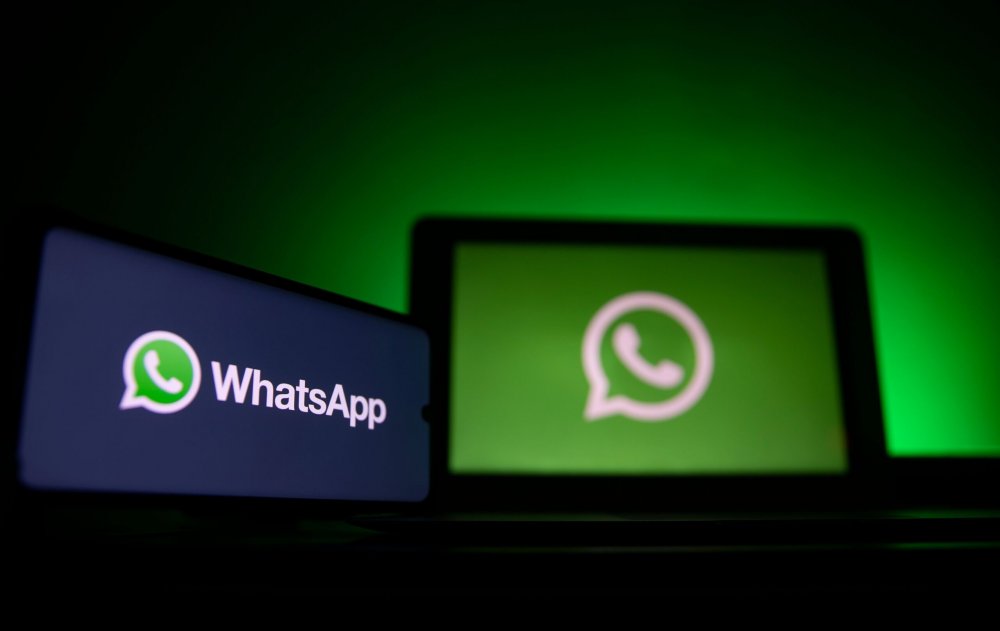 WhatsApp Web users on Monday has started receiving an update which is called ‘view once' that allows photos and videos to disappear after it is viewed.

According to a report, the new feature, which is called ‘view once' was originally spotted on a recent WhatsApp for Android beta release. The feature is similar to that of disappearing media and text on Messenger and Instagram except there is no time window for expiry and the photos or videos automatically disappear when the receiver has viewed them once.

The feature is currently being tested on WhatsApp Web In November, the Facebook-owned platform introduced a disappearing messages feature that allowed users to make conversations that won't be permanent in nature and disappear after seven days. Unlike some other popular apps though, WhatsApp does not allow users to set how long the messages would be available, so the messages remain available for one week.

WABetaInfo has reported that WhatsApp is now rolling out a new version for the web/desktop client, bringing the version up to 2.2126.11. that lets users make photos and videos disappear from the chat once they are viewed. 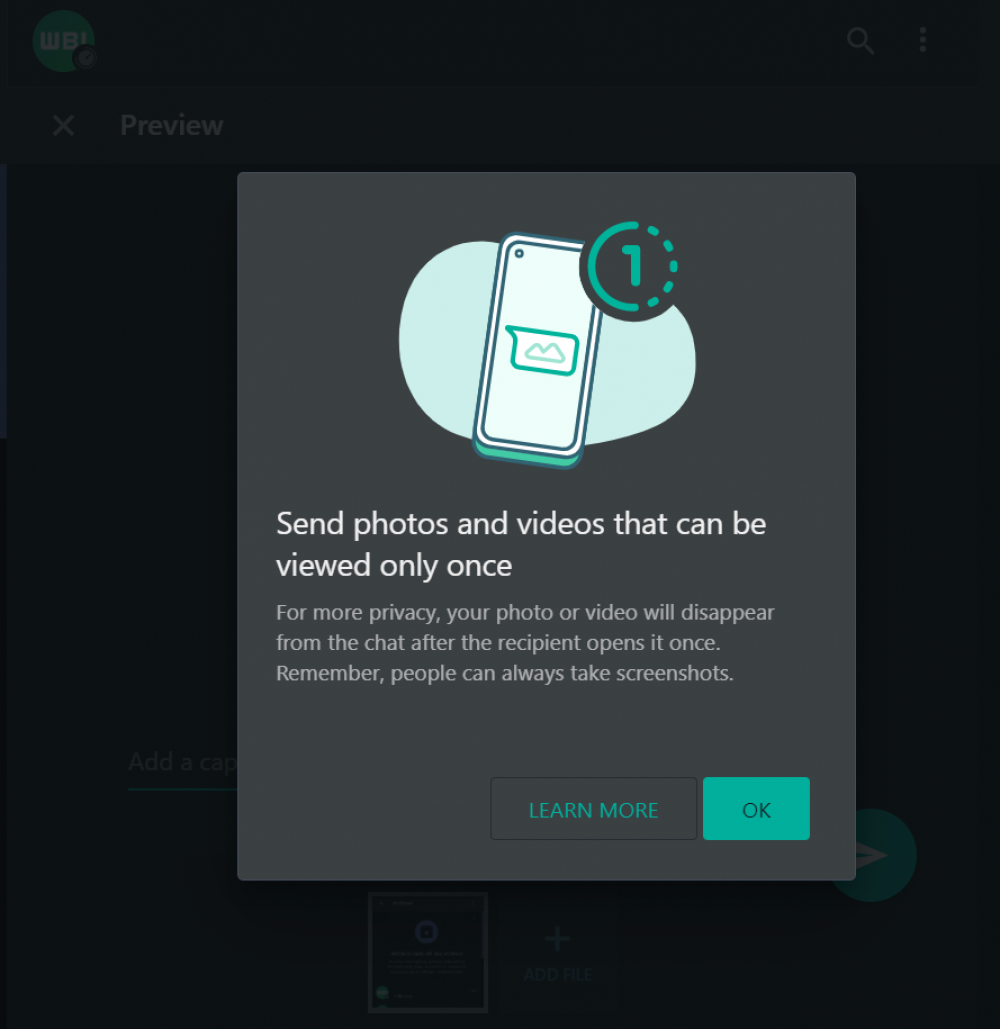 The updated WhatsApp Web release is also said to have a new archive feature where the instant messaging app will no longer notify users about messages coming to an archived thread. 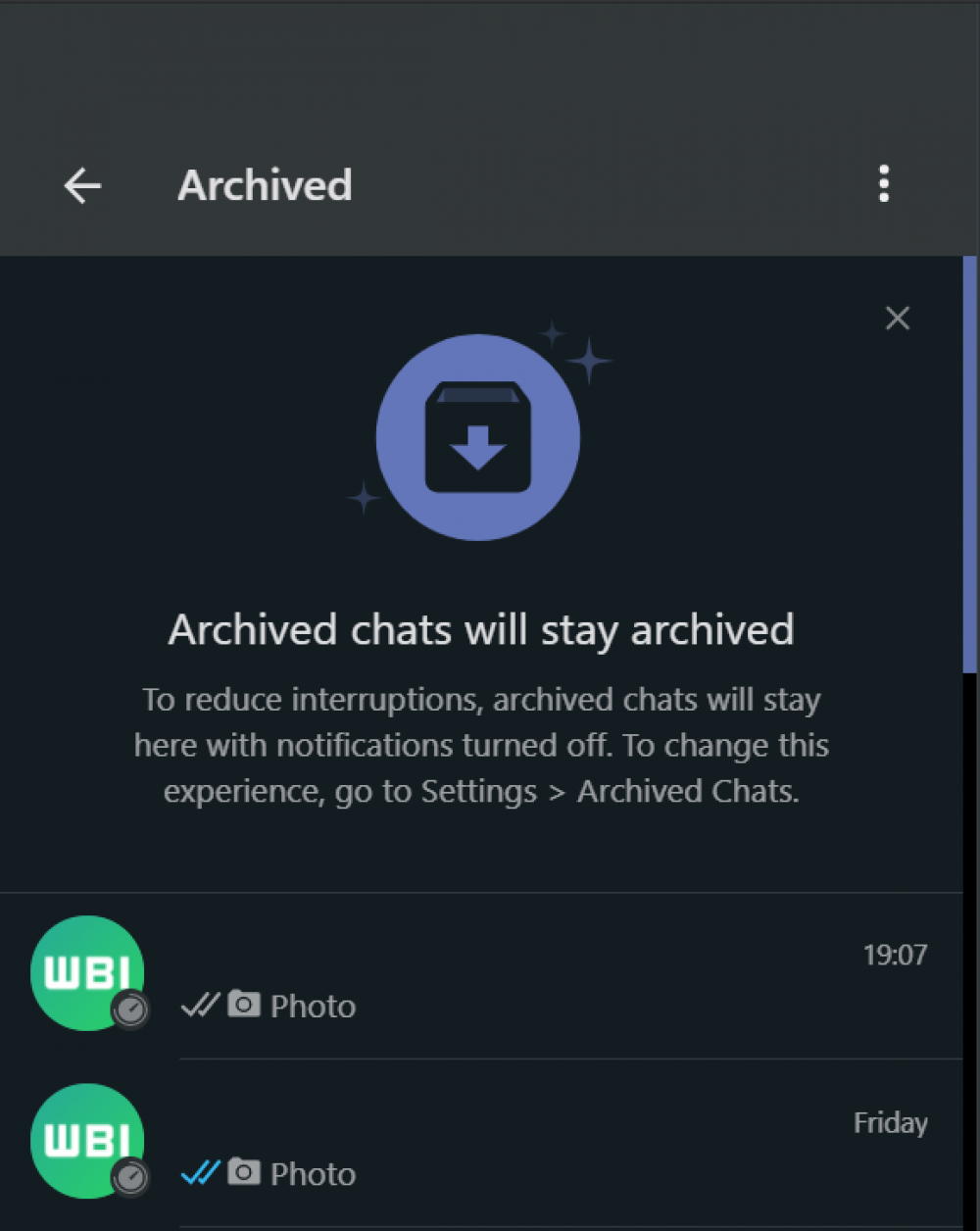 Recipients will still have the option to store the media content on their devices by capturing screenshots. WhatsApp will make it easier for users to share sensitive photos and videos through its platform on a temporary basis by offering the new disappearing feature.

If you do not see these new features, you have nothing to worry about: WhatsApp is constantly increasing the number of people who can use them, and those who use beta versions of the messaging app on their smartphone may get them a little ahead of others.