WHO Awards Turkey For Success In Fight Against COVID-19 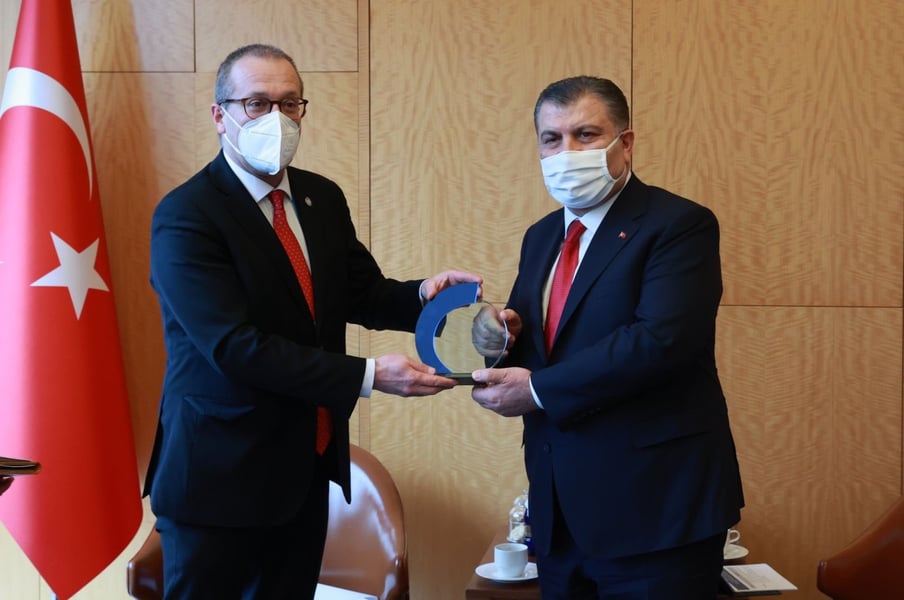 The World Health Organization (WHO) awarded Turkey on Thursday for its success in fighting the COVID-19 pandemic.

The award was presented at a high-level meeting on health and migration of WHO European Region by the Regional Director for Europe.

According to Daily Sabah, the meeting aimed to jointly create a new common vision for health and migration, strengthen existing connections, forge new partnerships and build consensus on new and emerging priorities.

Turkey appears to be leaving the worst of the coronavirus pandemic behind, in its third year since the first reported case.

In addition, Turkey is witnessing a drop in the number of people hospitalized or in critical care.

To counter the spread of the virus, Turkey has administered more than 146.37 million doses of the COVID-19 vaccine since it launched an immunization drive in January 2021.