Why 48 Yoruba Nation Agitators May Go To Jail 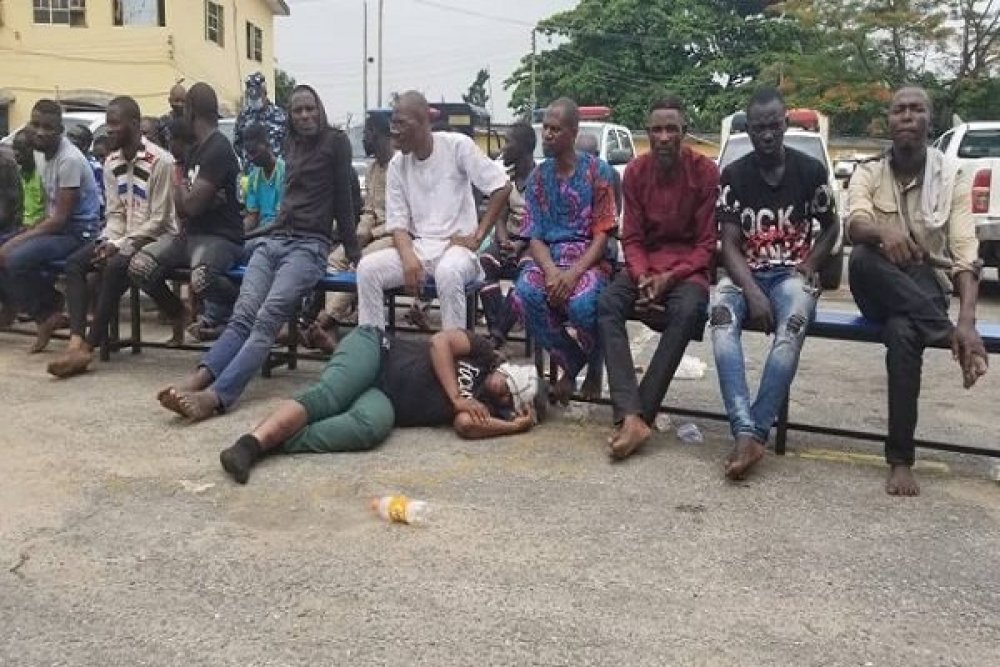 A total of 48 persons, including two women, appeared before a Yaba Chief Magistrate’s Court in Lagos on Monday, for unlawful protest and killing of a woman.

The defendants, who allegedly committed the offences at 10 a.m. on July 3, at the Ojota area of Lagos, are jointly facing three counts of conspiracy, unlawful assembly and breach of peace to which they pleaded not guilty. They face a maximum of one-year imprisonment if found guilty.

One of the defendants, Tajudeen Bakare, is facing two extra counts of murder and unlawful possession of arms.

Police Prosecutor,  Adejoke Adebesin told the court that Bakare, during the protest shot a passerby, Jumoke Oyeleke, with a Barretta pistol which was recovered from his possession.

He further stated that the defendant drove a Jeep with Registration No. LSR 322 FK, and killed the deceased from the window of the car.

The prosecutor said that the defendants gathered for a protest that was not permitted to hold and began to disturb the peace of the neighborhood.

Chief Magistrate Adeola Adedayo admitted the 47 defendants to N300, 000 bail each with two sureties in like sum and remanded Bakare, who is facing mucder charge, to a correctional center while awaiting legal advice from Lagos State Directorate of Public Prosecution (DPP).

She directed that both sureties must be residing within the court’s jurisdiction and be gainfully employed with evidence of three years of tax payment to the Lagos State Government.

She added that one of the sureties must be either a cultural, religious, or traditional leader in the court’s jurisdiction and both sureties must submit copies of their National Identification Number (NIN) to the court.

She adjourned the case until August 16 for mention/ review of remand.