Why Enugu Former Commissioner Was Remanded In Prison Custody 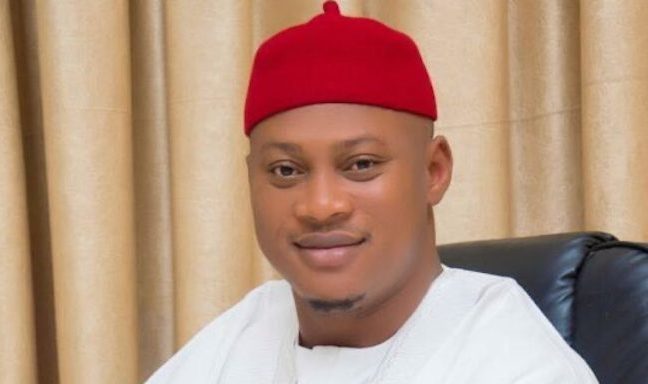 Contrary to reports that Enugu former Commissioner for Lands, Victor Nnam was remanded in prison custody for his actions during his time as commissioner, he is being tried for forgery committed before he was appointed to serve in the administration of Governor Ifeanyi Ugwuanyi.

It was gathered that the former commissioner was arraigned before Honorable Justice I. N. Buba of the Federal High Court, Enugu for forgery of documents while practising as a surveyor in the state.

The case followed a petition by one Kingsley Eze to the Attorney-General of the Federation, Abubakar Malami who alleged that Nnam forged the document with which the Obeagu community used in registering the layout with the ministry of lands.

“Case of the prosecution that the defendants presented the false affidavit of facts of Chief Sunday Chigbogu Eze to the appropriate Government Ministries and Departments in Enugu state for approval of Aruga Layout, Obinagu Obeagu,” the amended charge against Nnam reads.

Nnam was however arraigned on Wednesday, 1st December after the charges against him were amended and upgraded to 10.

Justice I.N Buba granted him bail and the conditions includes two hundred million nairas (N200,000,00), two reliable sureties in the like sum, who must be resident within Enugu state and must satisfy the with evidence of means.

The sureties shall satisfy this court with their BVN, NIN and telephone numbers, the sureties must produce evidence of ownership of the landed property whereas the original title document is deposited in the court, the defendant and sureties shall deposit two of their resent sized passport photographs with the registry of the court, the defendant shall not travel outside Nigeria without prior approval from the court and the defendant shall file an undertaking not to delay the hearing of the case and shall deposit his international passport with the registry of the court.

However, Nnam was unable to perfect his bail conditions as one of the sureties presented as a company and the court declined, insisting it must be an individual. This necessitated moving him to Enugu Correctional Facility until he is able to meet the conditions