Imo: Why I'm Not Negotiating With IPOB-Affiliated ESN - Gov. Uzodinma 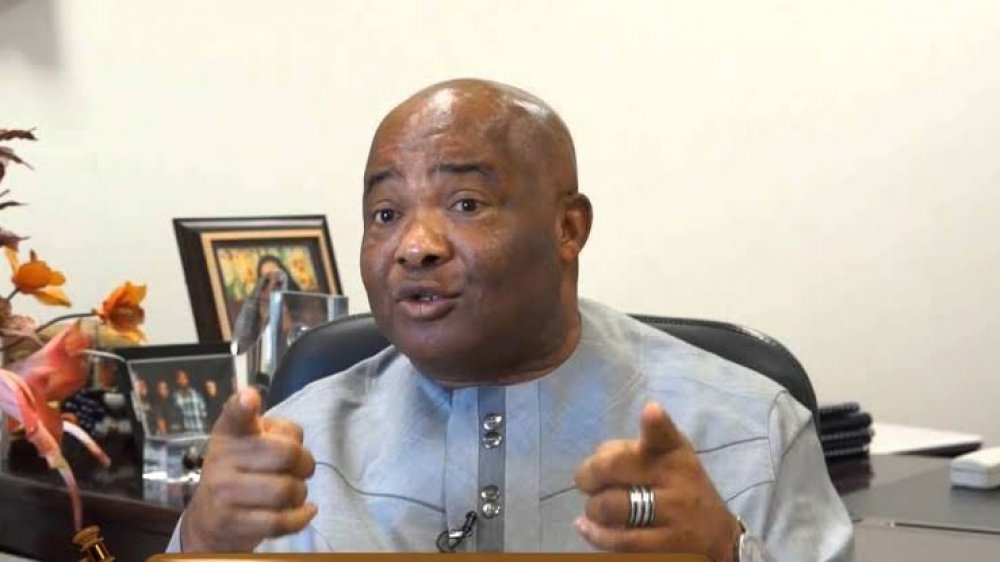 Hope Uzodinma, the Governor of Imo State says he is not willing to negotiate with the controversial Eastern Security Network (ESN) because they are faceless.

Speaking with State House correspondents after meeting with President Muhammadu Buhari on Tuesday, Uzodinma explained that his decision to invite the military was to douse the uprising in Orlu district, adding that his action was precautionary, especially with the experience and the destructions that followed the 2020 #EndSARS protests.

According to Uzodinma, the situation in Orlu region of the state had gone beyond what could be handled locally, hence his invitation to the military.

Governor Uzodinma has been under attack from some quarters after he called in the military. His critics cite some of his governor colleagues who are negotiating with bandits to solve their security problem as an example.

But he quashed the insinuation, rather saying that he used the security personnel he invited to restore peace and normalcy. He said, “Well, I don’t know what you mean. I told you that our initial intelligence and the efforts to control the sporadic shootings in Orlu that led to many deaths, innocent women in the market, people selling food foodstuffs dead by a group of people that we were not able to identify.

“Preliminary intelligence reviewed where they were in a bush.

"Our local police and local military went there and confronted, were repelled.

“So, we discovered that the people had serious fire power. And that, of course, Nigeria, is a federation, Imo state is a federating unit, and all over the world, you have provincial police,  you have federal police.

"So, there was a need for me to report the situation, and that I did and we were supported to deal with the situation.

“It is not about crushing anybody and those that came didn’t do any crushing.

"Those that came through their intelligence identified where these people were and I can tell you, all the people arrested, all the rifles recovered are intact.

"The people are under interrogation, not even one, not even one soldier, or one of those militants died in the process.

“I must commend DCP Abba Kyari for a brilliant job he did. So, let anybody politicize it.

"But I have a responsibility to protect the lives of my people.

"The federal government maybe negotiating with the Boko Haram, that God knows if I have the opportunity to see any man who is taking lives. I will confront the person head-on. That is why we are government.”

Recall Biafra political activist, Nnamdi Kanu had on December 12, 2020, announced the formation of the ESN, under his command.

Kanu, the self-exiled leader of the proscribed Indigenous People of Biafra (IPOB) stressed that the decision was out of his passion to efficiently secure the South-South and South-Eastern regions of Nigeria.

But Nigerian authorities have told Kanu and his supporters that the ESN is illegal.