Why Kwara Doctors May Go On Strike Soon 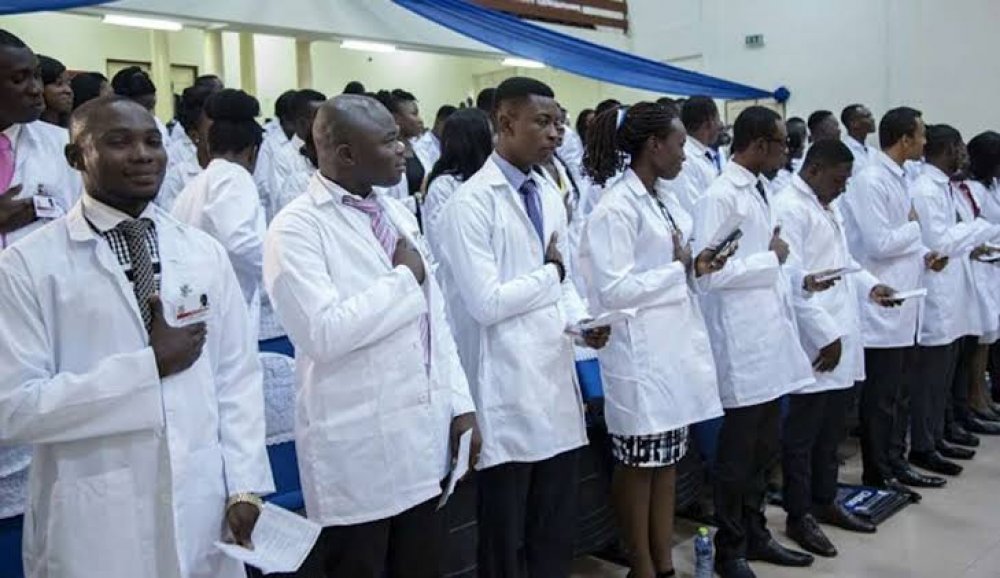 The Kwara state chapter of the Nigeria Association of Government Medical and Dental Practitioners (NAGMDP), have threatened to go on strike over poor payments.

This was contained in a letter on Tuesday as addressed to the governor of the state, Abdulrahman Abdulrazaq and other stakeholders.

The letter was made available to newsmen in Ilorin, the state capital.

The letter which was jointly signed by the chairman and secretary of the association, Dr Saka Agboola, and Dr Ayinde Musa, stated that the threat to withdraw their services is also due to poor condition of service.

It further stated that this has “resulted to a major cause of mass resignation and brain drain which we are currently experiencing among doctors and other health care workers in the state’’.

The letter stated that “With reference to the letter sent to your Excellency dated June 16, 2021, titled ‘Letter of request’ and subsequent reminders dated July 13 and July 27, 2021, respectively, drawing your attention.

It further read that "The sole agenda of the meeting was to brief the general house on the effort and doggedness of the state executive council to bring to the governor’s attention the need to better reposition the condition of service of our members and other relevant health care workers."

The letter revealed that it has become important to stand against the collapse of the health care system in the state.

The association also pushed that the government must recruit new doctors to fill the void created by daily resignations.

It stated that "There should be provision for adequate security in all of our hospitals to avoid breaking down of law and order by patients and their relatives.

“The state government should provide patients relatives building in hospitals, where relatives can be in comfort, while health workers take care of their relatives on admission."

The association also urged the government to pay COVID-19 allowances to members and other health care workers.

Adding that government should also make provision of a vehicle and housing loan facility at single digit interest rate to all members as a way of motivation and retention in service.

“There must be a provision of adequate basic medical equipment in all our hospitals.

“Domestication of residency training Act in the state to afford our members who are interested in the pursuit of their postgraduate medical education, among other demands," stated the letter.

The letter read that, "if our demands are not met by Sept. 13, 2021, we shall have no alternative than to withdraw the service of our members across all the hospitals in the State.

“We hope the government and its relevant ministry will do the needful by avoiding unnecessary disruption of health care services across the state."

Responding to the development, Mr Oladimeji Sa’ad-Aluko, the Director-General of Kwara State Hospital Management Bureau said, "The government is taking a decisive effort to make sure that we are able to meet those demands before the deadline given to the government.

“The government is ensuring that no stone is left unturned, so we are doing everything we need to do to make sure that they will not come back and ask for another increase."

The DG also announced that the Kwara state government had approved the recruitment of more hospital staff.