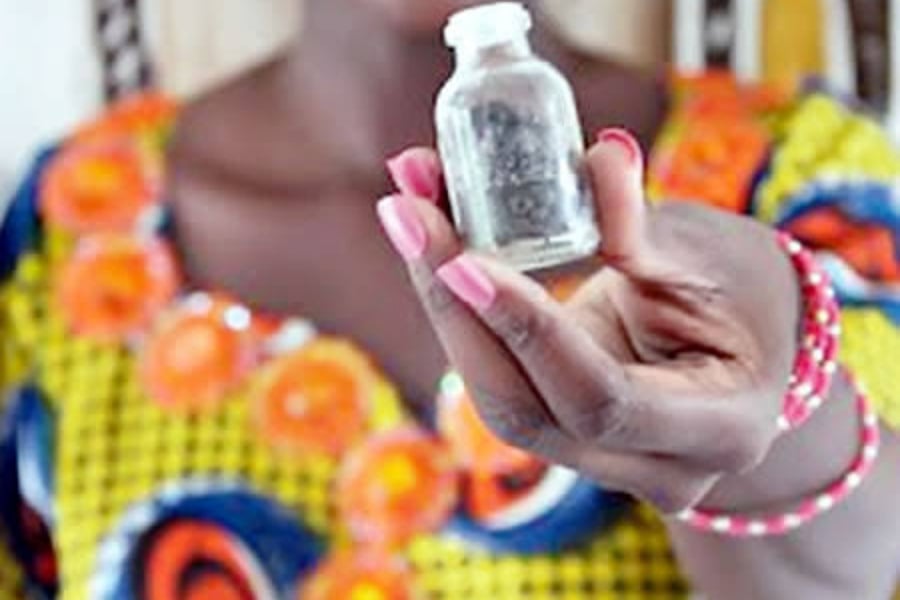 However, a lot of people have come out to say that the Kayan Mata medicine is diabolical and should be detestable.

The use of Kayan Mata is very common among young Nigerian ladies and married Nigerian women have also joined the trend.

These married women use the medicine on their husbands to have the upper hand in their matrimonial homes as the said husband will only do their bidding.

What is, however, unfortunate is that any married woman caught using Kayan Mata on their husband will be tagged diabolical and heavily dealt with.

The married woman in most cases will be sent packing from her husband's house.

In all sincerity, married women who use it on their husbands should not be faulted as the products are love potions or charms used to keep their husbands away from other women.

Another reason why married women who use Kayan Mata on their husbands should not be criticised is that these days, most young ladies parading as slay queens will do anything to snatch away people's husbands.

The only way these married women can prevent this from happening is by using the product to keep their husbands away from these supposed slay queens.

Kayan Mata is recommended for every married woman who wants to keep her husband because it works and has helped many to sustain their marriages.

It should also be known that the use of Kayan Mata by some married women has helped curtail the issues of unwanted pregnancies leading to unwanted childbirth.

At least, if the supposed husband who is a flirt is under the influence of Kayan Mata, there won't be stories of him impregnating another woman out of marriage, and hereafter, denying the pregnancy which will in turn lead to abortion or unwanted childbirth.