Why Messi Won No. 10 Jersey At PSG Against Nice 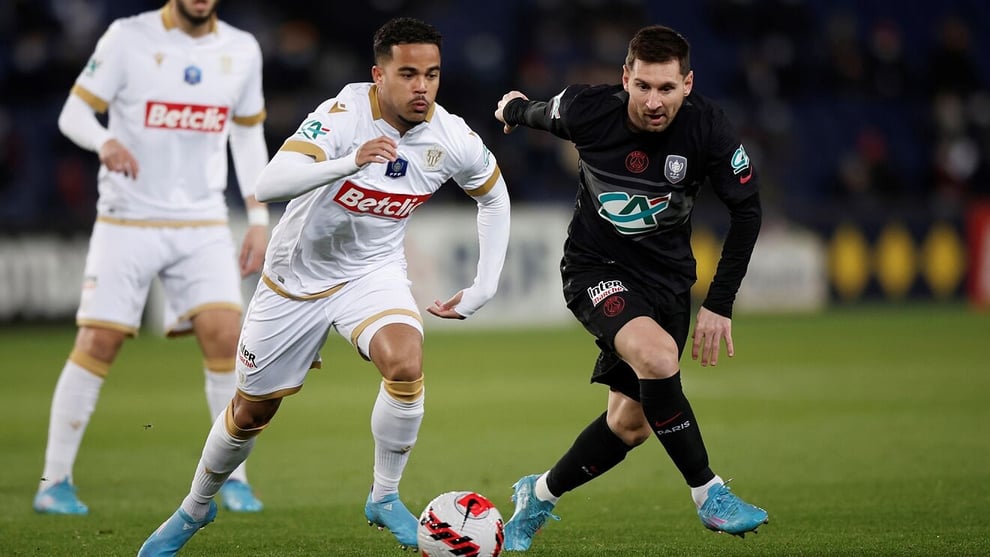 Paris Saint-Germain took on Nice in the last-16 of the French Cup which ended on penalties with the second-place team sending the French leaders home in a 5-6 shoot out.

Lionel Messi returned to the side after missing Argentina's international break with Lionel Scaloni pointing to his recovery from injury and COVID-19 as reasons for his omission.

Messi was given the No.30 shirt after joining PSG but on the night, the Argentine Maestro wore his old iconic No.10 shirt, the number he favoured during his time playing for Barca.

The seven-time Balon d'Or winner was wearing the No. 10 for PSG against Nice because of a French Cup tradition that maintains that in the last 16 stages, the 11 starting players must wear numbers from 1 to 11.

The Argentine currently wears the No.30 shirt for PSG, due to Neymar occupying the No.10.

Usually, of course, players are allowed to wear numbers higher than the number 11.

Neymar will not be featuring in the game against Nice as he is currently recovering from a left ankle sprain with ligament damage sustained in a Ligue 1 match against Saint-Etienne back in November.

Since Neymar will not be playing against Nice, the No.10 shirt has been temporarily vacated for Messi to wear in tonight's French Cup match only. The fact that Messi has a history with the No.10 shirt playing for the Blaugrana only adds to the special nature of tonight's occasion.

If PSG progressed to the next round of the French Cup and Neymar returned to fitness, it is assumed that the Brazilian will reclaim his No.10 shirt – meaning that Messi will have to borrow another shirt number once again, at least temporarily, should both feature in the game.

PSG's No.1 to No.10 shirts are all occupied, so Messi (assuming he plays in the next game) will have to swap shirt numbers again.

Messi will forever be one of Barcelona's most iconic No.10s, his legendary status at the club synonymous with his shirt number.

All the charade was ended on the night as Marcin Bulka -- a loanee from PSG to Nice kicked his parent club and holder out of the tournament.