Why Nigeria Is Yet To Resume Flight To Dubai – FG 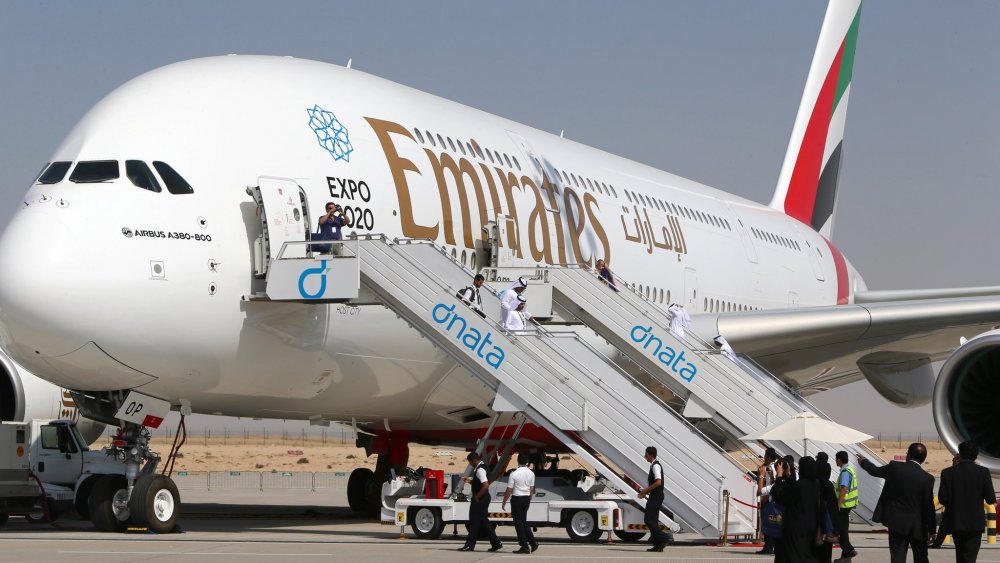 The Federal Government on Monday said flights to the United Arab Emirates (UAE) are yet to resume due to the discriminatory nature of the protocol introduced by the UAE.

The Minister of Aviation, Sen. Hadi Sirika said this during the briefing by the Presidential Steering Committee on COVID-19 in Abuja on Monday.

Sirika, who explained that the protocol appeared to be targeted at only Nigerians, added that it was discriminatory and not backed up scientifically.

He explained that UAE was insistent that all passengers intending to visit its country must use Emirates Airline or spend two weeks in the alternative carrier’s country before gaining entrance to Dubai.

The minister dismissed insinuations that the continuous delay in the resumption of flights was ego-related.

He, however, said that talks were ongoing to resolve the matter.

According to him, Emirates in particular and other airlines, including KLM, gave some conditions that were not acceptable to Nigeria because they don’t make scientific sense.

“After review, some of the airlines, especially KLM, saw sense with what Nigeria presented which is that you can do the test 48 hours to 72 hours before you leave and do another test on arrival.

“Emirates at that time wanted us to do the test 48 hours before boarding and 48 hours is not yet the incubation time.

“That dragged on and in the interest of our people and cordial relationship, even though it is a commercial decision for the airline to take at any point in time, we ceded and accepted that we would do those tests that don’t make scientific sense to us at the expense of our people and our monies.

“We accepted what Emirates presented and proceeded even though KLM and other airlines saw our reasons and rationale and towed the lines of Nigeria.

“In this case, Emirates insisted again that in addition to the test on arrival and other tests, that Nigerians cannot fly to UAE except through Emirates airline.

“And that if we choose to do so through other airlines like Ethiopia, Qatar, Turkish or other airlines, we must remain in the country of that airline for two weeks if we are Nigerians before we continue to Dubai.

“Meaning that if I buy my ticket in a free market which Nigeria and UAE practices if I buy a ticket on Ethiopian Airline, that means I must remain in Addis Ababa for two weeks whether I have a visa or not before I proceed to Dubai.

“So, they insisted that we must fly by Emirates and majority of Nigerians are petty traders and the ticket of Emirates, in this case, maybe higher than other airlines,” Sirika explained.

He stressed that civil aviation was being guided by agreement and international convention.

“It is only one aviation and we found this position to be discriminatory against our country and it is not acceptable.

“We thought we could take it diplomatically and we have been meeting and exchanging ideas because, at some point, they said they are being hard on Nigerians because there are fake results.

“So, we have gone the extra mile plus if you look at the rate of infection and the rate of people catching COVID-19 in Nigeria, we are far less than many other countries in the world which UAE did not apply that principle upon.

Sirika said that the total number of deaths in Nigeria might be 3000 and in one day, 3000 Italians died or British and they were still being allowed to go direct to UAE.

“Even Ghanaians, Nigeriens, and other African countries can go to Dubai directly; so the protocol is country-specific and it is not acceptable by the agreement and convention that we signed with UAE.

“So, this is the position, it has nothing to do with ego, it is a fact that we cannot be isolated as the only country that they will apply this to.

“In one of our discussions, they said it is also the same case with South Africa, I want to put it on record that South Africa as a country wrote and demanded that the condition be applied upon them.

“So, it is their own choice but it is not the choice of Nigeria that we should be excluded and discriminated against.

“We are still talking with them and we would likely escalate the matter and I am sure that we would resolve it soon.

Sirika, however, apologized to passengers, saying,” we are aware that some have to travel for medical reasons while some have to resume work, some are students and even holidaymakers.

”We believe that you have the right to travel to Dubai and you will do so and for the sake of the international convention, we cannot be discriminated against,” he explained.