Why NURTW Cannot Be Banned In Lagos - Obafemi Hamzat 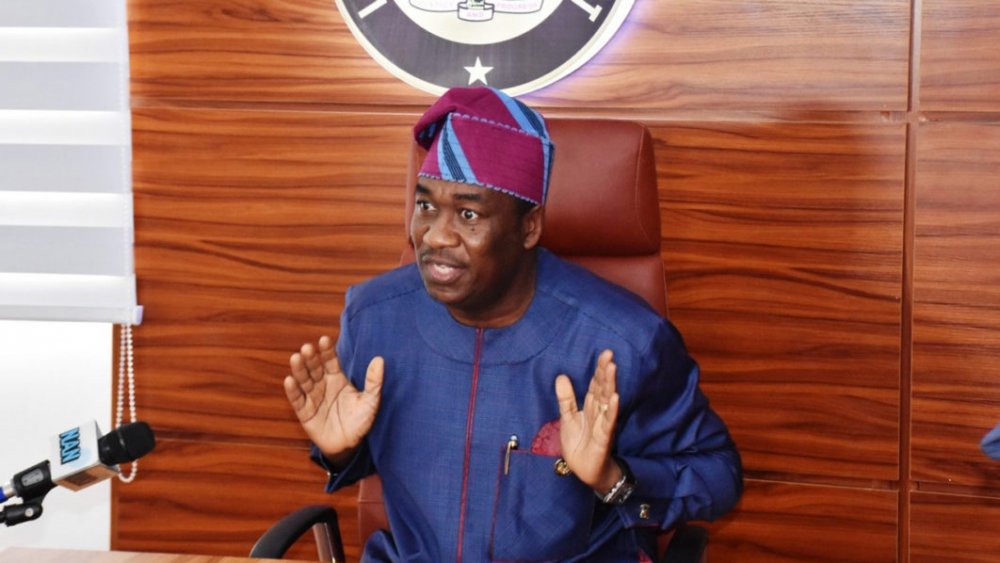 The Lagos State Government explains why the call for the ban of the popular 'agbero' under the aegis of the National Union of Road Transport Workers (NURTW) cannot be feasible.

In a chat with journalists, the Deputy Governor of the state, Obafemi Hamzat, stated reasons why the members of the National Union of Road Transport Workers (NURTW) cannot be taken off the roads.

He drew a parallel between the union and the Nigerian Medical Association (NMA), stating that both the NURTW and the NMA are recognised by the constitution.

Hamzat stated that because members of the union are unruly does not mean that the union should be banned.

He said that the only thing that can be done is sanction the unruly members, as they all have their relevances in the state.

The deputy governor explained, "We have all agreed that we live by the constitution and laws. The National Union of Road Transport Workers (NURTW) is actually a union recognised by law. I know some people say ban them, but the government must also be careful. When you just say arbitrarily ban them, what stops you from saying I want to ban Nigerian Medical Association (NMA)? Do you understand?

"There are times government and NMA have issues; does that mean they should be banned? They are expressing their opinion. They might be wrong or right but they have the right to express those opinions. And then remember these people (NURTW) are Nigerians; they are our brothers and cousins. So, one of the things we have been telling them is that if you are the Chairman in Ajeromi and we see that there are all sorts of contraventions in Ajeromi, we will remove you as a Chairman.

READ ALSO: Private Schools In Lagos To Receive Up To N5m Support

"We are not banning your union but it means you are incompetent. So, that is the outcome of one of the meetings we had with them, that if there’s an infraction in any of the areas due to the executive in that area, then it should be dissolved. And then you know we complain about our society, why people fight on the road; we have all gone around the world and it is only here we see people fighting on the road and tearing clothes off themselves, why?

"That has to change, but changing that does not mean banning them. It is to make sure we find the time and interact with them, and say, ‘look this is how it works’. Remember during former (Governor Bola Ahmed) Tinubu’s administration when we started BRT; it was a tug of war, but we took the union to Colombia to see how the union there metamorphosed into owning the BRT and so a lot of those blue buses at that time were owned by the union.

"We said, ‘See you can send your children to school by this; this is a job you can say you are proud of.’ Surprisingly they paid back the loans for the buses quickly. The same thing is happening in the abattoir (business); people say they don’t want the machines, some of our brothers said it is un-Islamic that they want to kill the cow themselves. So, we went to Kenya and Tanzania and we saw Muslims killing in an automated way, and so they agreed.

"So, it is a matter of engaging people and letting them see the reason they need to change their attitude. That is our way of doing things, not just say put them away."