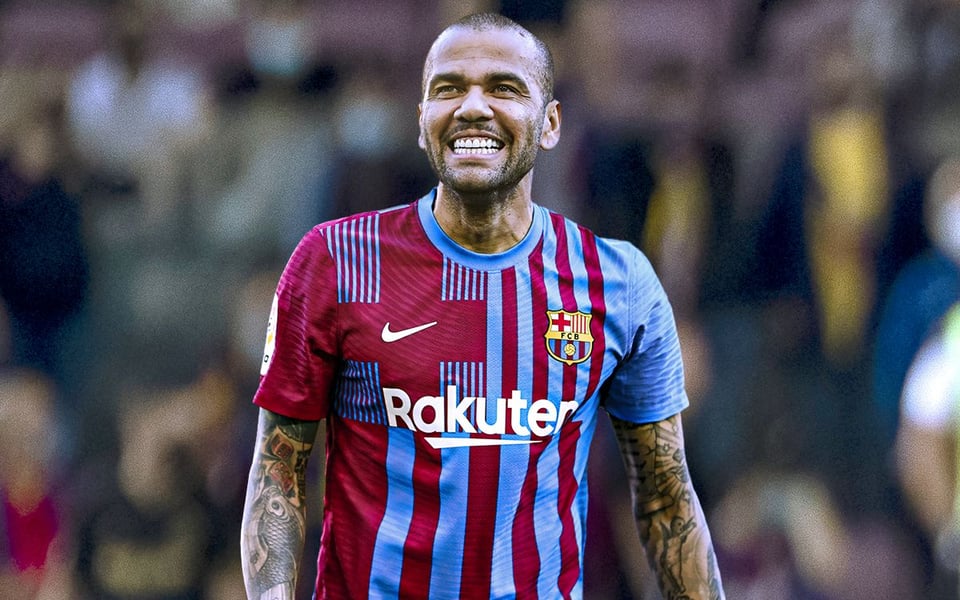 Veteran right-back Dani Alves has been left out of Barcelona's squad for the Europa League knockout stage as coach Xavi Hernandez decided to include new signings Ferran Torres, Pierre-Emerick Aubameyang and Adama Traore, the club confirmed.

Alves, who enjoyed a trophy-laden first spell with Barca between 2008-16, reached an agreement in November to rejoin his former club until the end of the current campaign as a free agent.

He joined Brazilian side Sao Paulo in 2019 after spells with Juventus and Paris Saint-Germain but terminated his contract following a dispute over unpaid wages.

Why Alves Was Dropped?

Xavi was forced to leave out one of Barca's four new signings because UEFA's regulations allow only three players to be added to a squad after the group stage is complete.

Barcelona will face Napoli in the round of 32 over two legs in February.

With striker Ansu Fati struggling with injuries, Xavi has decided to prioritise his forward options, while he has cover available in Alves's right-back position.

Torres, Traore and Aubameyang all arrived in the January transfer window.

Torres left Manchester City to join Barcelona for a fee of around €55 million, with a further €10 million in add-ons.

Speedy Spain winger Adama Traore arrived this week on loan from Premier League side Wolverhampton Wanderers until the end of the season.

Aubameyang completed his move to Barcelona on a free transfer after terminating his contract with Arsenal on Wednesday.