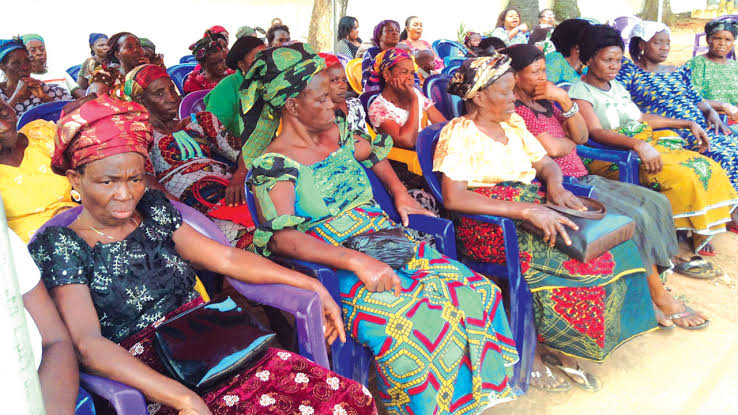 Widows in Cross River State have called on the state government to implement the Female Person’s Inheritance of Property Law as many of them were subjected to harsh treatments by their late husbands’ families.

They made the call when a non-governmental organisation, the Imah Nsa Adegoke Foundation, held a celebration for 500 widows from the 18 local government areas of the state in Calabar to mark their 10th anniversary.

Their spokesperson, Josephine Akabom, said widows in the state suffer a lot of denials from husbands’ homes even when they were fully married and have spent a good part of their lives with their husbands’ people.

She said when the state government implements the law, which was passed in 2007, by former Governor, Donald Duke’s administration, it would give them rights to their husband’s properties and abate ancient practices against them.

Speaking during the event, Donald Duke lamented the denial and neglect of women, adding that the country shortchanges itself as a result.

Duke said any society in the world where women were relegated to the background, was relegating more than 50 per cent of its population adding that such societies usually lacked kindness.

“If I have my way, I will ensure that women are given priority in the society, this was why I signed the Cross River Female Person’s inheritance of Property Law 2007.

“Why should you shave a woman’s hair, ask her to lie on the floor and punish her after her husband dies when she is the one going through pain, yet we inflict further pain on her,” he said.

The former governor, who also received an award of outstanding excellence for the promotion of rights of widows, added that women are special and any family where the mother is educated, the home is better off.

Imah Adegoke said in the next two years, they will massively sensitise traditional rulers and widows on the existence of Female Person’s inheritance in the Property Law.

She said they discovered that the state had a lot of widows between the ages of 16 and 25 years, and was touched. She said the widows will get training on Information and Communication Technology (ICT).