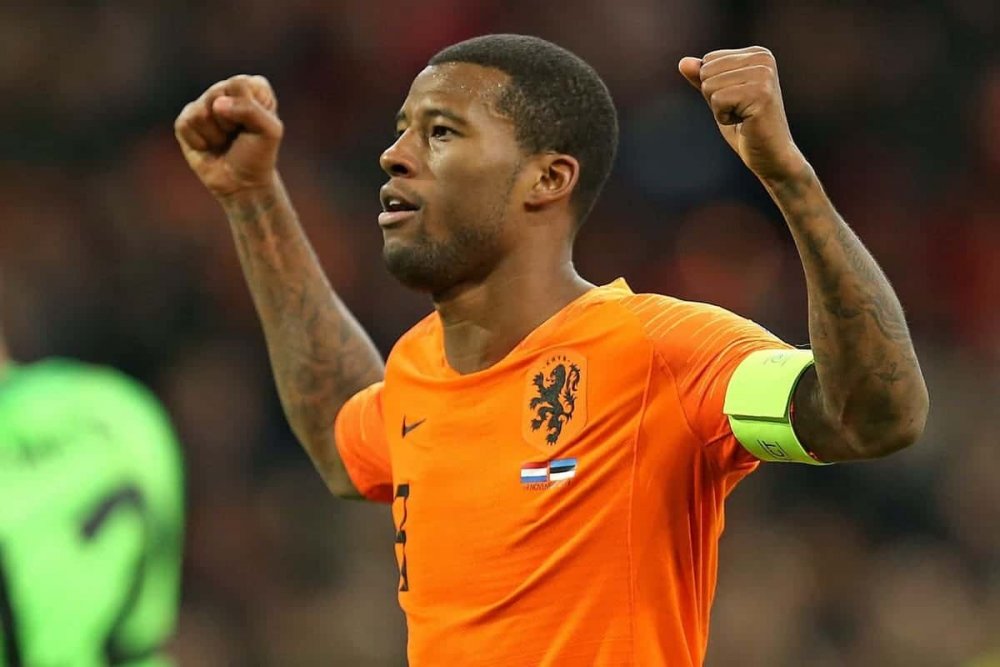 Georginio Wijnaldum will replace his injured Liverpool teammate Virgil van Dijk as Netherlands skipper while Tim Krul will be the first choice in goal when the Dutch play their two Nations League matches next week.

AllNews understands that Netherland's new manager, Frank De Boer made this statement in a press conference on Tuesday.

They are among the decisions De Boer has had to make around team selection with the Dutch playing three games in the space of seven days. De Boer's side faces Spain in a friendly on Wednesday in Amsterdam before hosting Bosnia in the Nations League on Sunday and ending their campaign away in Poland the following Wednesday.

"The players have to play so many matches, we now sit waiting for the next injury. That says something about the schedule they face," he told a news conference.

But the new Dutch coach, who started last month with a friendly defeat by Mexico and draws with Bosnia and Italy in the Nations League, said there is little he can do about the taxing schedule.

"But I can do as a trainer is to highlight the problems. It would be best if the football associations work together and take a stand together," De Boer added.

"But money rules and the show must go on, that's just the way it is. As coaches, we also have to take this into account.

"I look very closely at the amount of time that the players have played and then based my selections on that."

Tonny Vilhena also left the Dutch camp after the positive COVID-19 test and set to start a 14-day quarantine period.

He said he would field largely fringe players against Spain as the Dutch still have a chance to win group A1 and qualify again for the final stages of the Nations League.