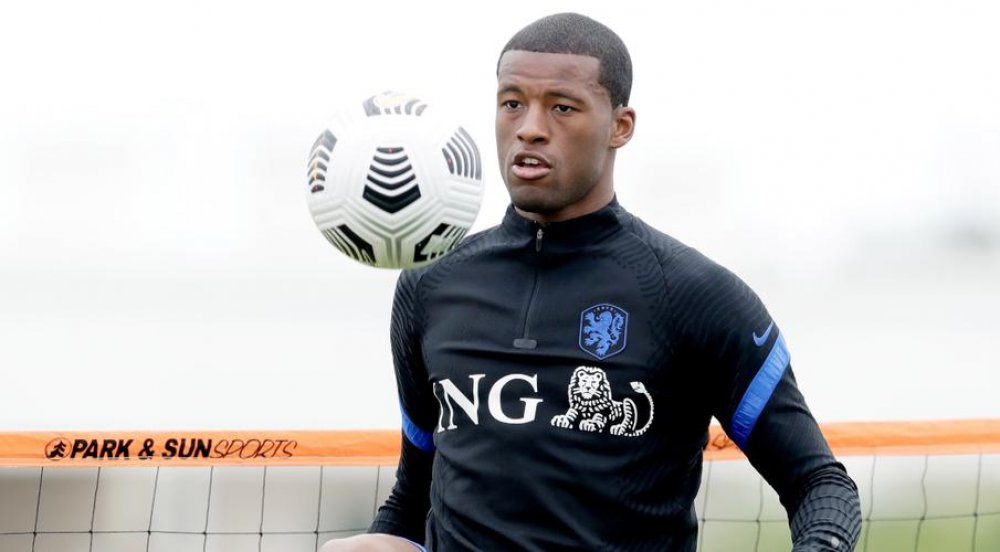 Georginio Wijnaldum is delighted to have been appointed captain of the Netherlands for the European Championship but says the absence of Virgil van Dijk will be felt by the Dutch over the next month.

Wijnaldum takes over the skipper’s armband from his Liverpool clubmate, whose long term knee injury means he misses out on the tournament, which gets underway next week.

"Of course the captain's armband is a big boost for me. It gives me a feeling of pride. I have come to an age when I’m more involved with the rest of the team but at the same time I feel I can still be myself in this role,” he told reporters in Lagos, Portugal on Monday where the Dutch squad continued their preparations for the 11 June - 11 July tournament.

But he said it was a major blow that Van Dijk will not be at the Euros.

"He is our real captain in everything. He is big and strong and really has the appearance of a captain,” Wijnaldum said.

Wijnaldum is one of nine players in the 26-man who have previously competed in a major tournament with the Netherlands, their last appearance being the 2014 World Cup in Brazil where they finished third.

“It is unbelievable that we have not played at a World Cup or European Championship with the Netherlands for seven years. The Netherlands always seemed to automatically qualify. Missing one tournament, that can happen. But two?

The Dutch want to make up for the lost time when they take on Austria, North Macedonia and Ukraine, who they meet first in Amsterdam on 13 June, in Group C.

"We are a team of friends again. We form a united front. Of course, that alone does not guarantee we will win any matches, but it is very important. After the World Cup in 2014, the atmosphere in the squad was a bit down for a while,” he added.