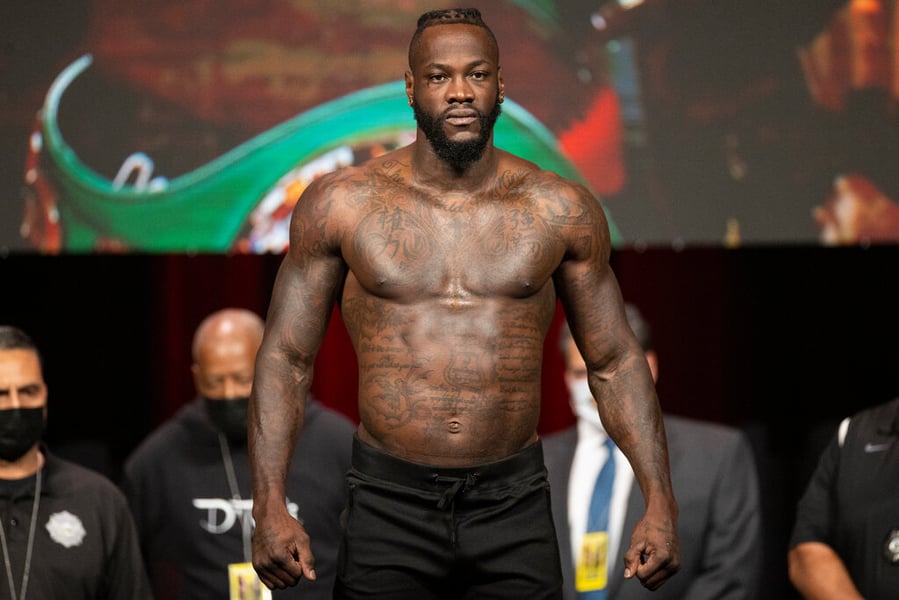 Deontay Wilder has criticized Anthony Joshua for his lack of confidence in the bout against Oleksandr Usyk which saw the Ukrainian boxer retain his belt for a second time.

Usyk retained his heavyweight titles via split decisions after an improved showing from Anthony Joshua.

“Sometimes you just look at both fighters, and sometimes the eye test will tell it all,” Wilder told ESNews.

“With Joshua, you could tell that he wasn’t himself, his usual self of being motivated and secure within himself.”

Wilder also confirmed that he received an offer from Anthony Joshua's promoter, Eddie Hearn before the fight against Usyk.

“Eddie Hearn came to us, after everything is over with my fight, talking about offering a deal,” said Wilder.

“My thing is we’re busy. For me, it was easy to see what was going on. Boxing’s solely a business, it’s not a sport. It’s strictly a business.

“But he was trying to contact us for reassurance. All of a sudden, you want to make a fight because even you don’t have confidence in your own fighter that he was going to win.

“For me, he was trying to make a deal to ensure he can lock something in, but the thing about it is when you lose, that price goes up. He ain’t going to get no solid deal locked in. We’re not stupid, when you’re

Wilder is set to return to the ring Robert Helenius in October 12-round WBC heavyweight title eliminator at Brooklyn’s Barclays Center.