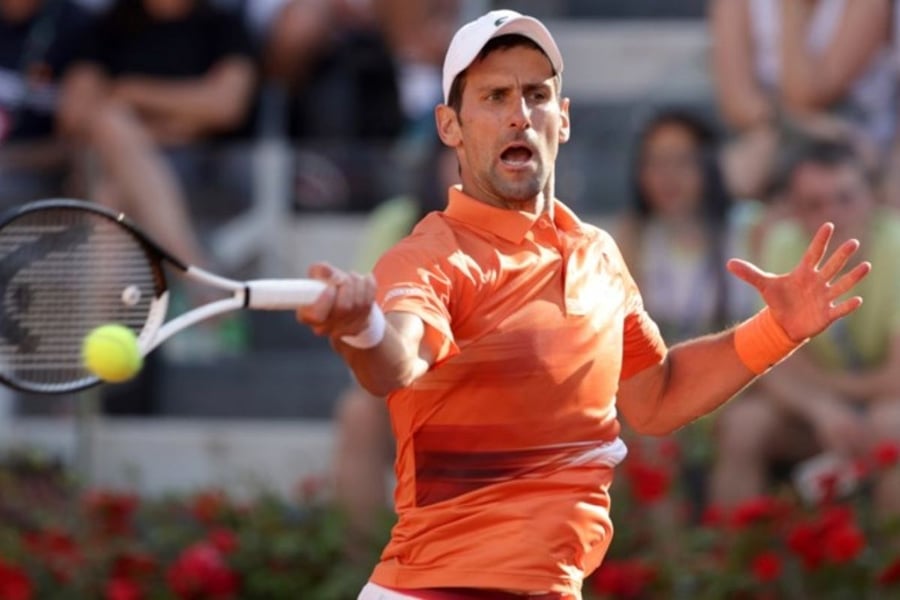 Defending champion Novak Djokovic reached the Wimbledon third round for the 16th time on Wednesday as career-long rival Andy Murray suffered his earliest-ever exit from the All England Club.

"I'm very happy with my performance. I started very well, solid from the back of the court," said Djokovic, who is looking to join Pete Sampras as a seven-time Wimbledon champion.

"I made him work for every point and worked him around the court," added the 20-time major winner.

Kokkinakis had likened Djokovic to a "brick wall" before the match.

"It was one-way traffic. I got chopped today," said the 26-year-old Australian after his Centre Court torment.

Murray, now 52 in the rankings, failed to break serve once against 2018 semi-finalist Isner, who unleashed 36 aces and 82 winners in total.

"He didn't give me lots of chances," said Murray, whose previous earliest exits came in the third round in 2005 and 2021.

"My game was in a good place. I felt good on the court, just couldn't get the win."

Isner, 37, was gracious in the aftermath of his first win in nine meetings against the Briton.

"I am most definitely not a better tennis player than Andy Murray. I might have been a little bit better than him today," said the American.

Isner also took his career aces total to 13,724 to sit just four behind the record held by Ivo Karlovic.