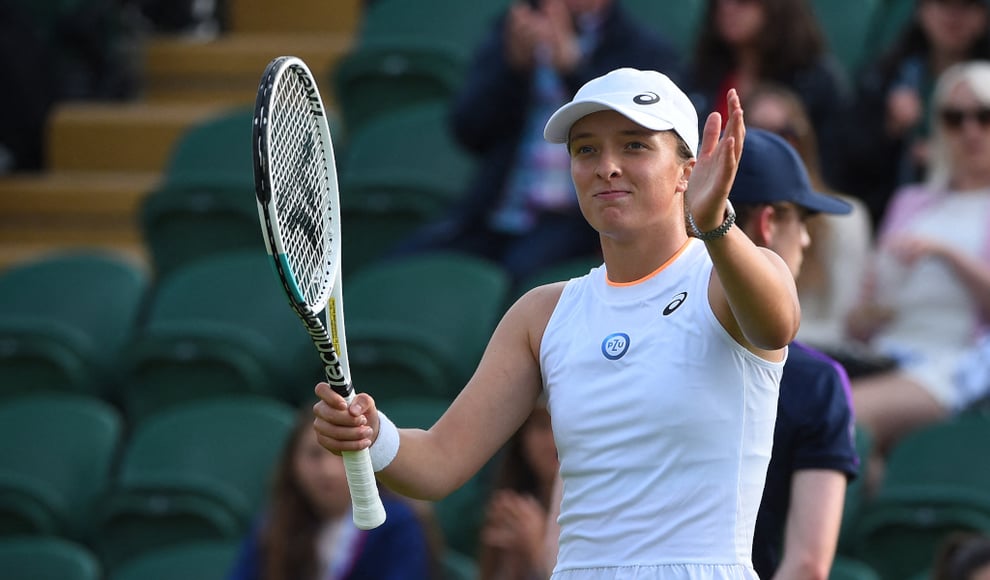 Current World No. 1 Iga Swiatek extended her winning streak to 37 as she sees off Dutch lucky loser Lesley Pattinama Kerkhove 6-4, 4-6, 6-3 on Thursday at the Wimbledon.

Swiatek was in early trouble before winning four games in a row to take the first set but went down a break in the second and could not recover.

In the end, though, Swiatek took charge in the decider, breaking for a 3-1 lead and closing out the match.

She surpasses Monica Seles’s 36-match winning streak from 1990 and matches Martina Hingis's 37-match winning run from the beginning of the 1997 season.

"I would say the grass is pretty tricky for me, I'm not going to lie," said Swiatek, who faces France's Alize Cornet next.

"I guess you can see that I'm not playing maybe as efficiently as on other surfaces.

"Basically my confidence is getting better overall. But this tournament is tricky and I'm still feeling out how to play the best game here."

Else where in the Wimbledon, British wildcard Katie Boulter shocked 2021 finalist Karolina Pliskova 3-6, 7-6 (7/4), 6-4 before dedicating her win to her late grandmother, who died this week.

Fourth seed Paula Badosa set up a clash against two-time champion Petra Kvitova after both had straightforward wins.

Coco Gauff eased past Romania's Mihaela Buzarnescu 6-2, 6-3 – hammering the fastest serve of the women's tournament, a screamer clocked at 192 kilometres per hour – and will next meet fellow American Amanda Anisimova.